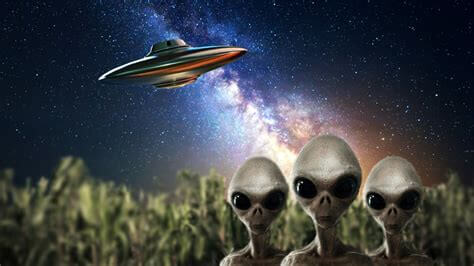 Since 2020, the number of UFO sightings has increased in many locations in the United States. The recent statement on the upcoming UFO reports by the former Director of National Intelligence John Ratcliffe surprised everyone. He said that some UFO sightings are hard to explain. Some officials are worried about the continuous spotting of UFOs over military bases. Is there any possibility that the military actions are being controlled by these UFOs? Not so long ago, former US Air Force Captain Robert Salas believed that UFOs are real and they do interfere in the military’s nuclear program.

A 30-year-long investigation by UFO researcher Robert L. Hastings has revealed shocking information about the connections between UFO and Nukes. He interviewed more than 50 officials of the US army, ranked from nuclear missile launch and targeting officers to missile maintenance personnel and the missile security police. According to him, the UFO activities over the US army bases have been noticed since 1948. His sources told him that mainly, the UFO incidents occurred at “Malmstrom, Minot, F.E. Warren, Ellsworth, Vandenberg, and Walker AFBs, between 1963 and 1996. Other sources were stationed at Wurtsmith and Loring AFBs, where B-52 nuclear bombers were based during the Cold War era.”

One such incident mentioned by Captian Salas took place on the morning of March 16, 1967. He was at Malmstrom Air Force Base in Montana in an underground capsule when he was told by the security forces that a red glowing object had been seen at the front gate of the base.

One of the airmen was enjoying the clear morning sky when suddenly a star appeared from the sky, moving in a zig-zag manner. Then another light came and started doing the same thing. He called the Flight Security Controller (FSC), and they both watched the movement of those strange lights. They reported to Salas and he asked them to keep an eye on those lights.

Firstly, it did not concern Salas because he thought that maybe his colleagues were joking. After some time, he was called by the controller again, and he (FSC) was frightened and shouting. They were watching a UFO, hovering outside the front gate.

“I can’t really describe it. It’s glowing red. What are we supposed to do? Make sure the site is secure and I’ll phone the Command Post. Sir, I have to go now, one of the guys just got injured.”

After that, Salas lost communication with the airman and security guard. He immediately contacted his commander Lt. Fred Meiwald, who was sleeping at that time. While he was on the call with Lt. Meiwald, a security alarm rang, indicating a problem within the missile system. He checked the matter and found there was a ‘No-Go’ light, and two red security lights were lit. He was just trying to understand what went wrong, consecutively several alarms went off and they lost “entire flight of ten ICBMs to a ‘No-Go’ (inoperable) condition.”

He reported the incident to his command post and rived information from the security guard that the man who had seen the UFO was seriously injured. The security guard also told him that the UFO had a saucer shape and was constantly hovering near the front gate.

“They could have a lot more damage, permanent damage, to our weapons systems, and they didn’t,” Salas said. “If they wanted to destroy them, with all the powers they seem to have, I think they could have done that job, so I personally don’t think this was a hostile intent,” Salas said.

According to declassified documents of the incident, a team of engineers from the Boing company conducted an investigation but did not find anything that could confirm the reason behind the missile system failure. Robert Kaminski, who was leading the team, said: “There were no significant failures, engineering data or findings that would explain how ten missiles were knocked off alert,” and “…there was no technical explanation that could explain the event.”

Several other engineers tried their luck to find the cause of missile system failure but no strong evidence was found. In the end, they concluded that the system could have failed due to an electromagnetic pulse (EMP) sent from an unknown source.