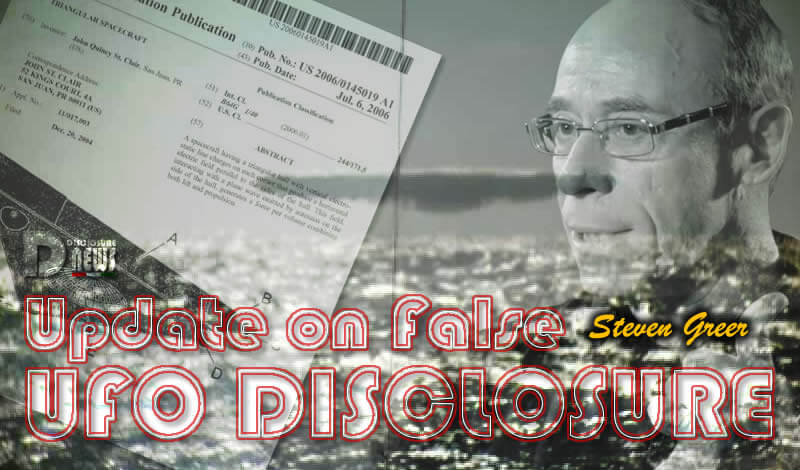 The main purpose of Greer’s update here was to explain why renowned attorney, Daniel Sheehan, who has long been associated with Greer’s Disclosure Project and is well-known for his work on Iran-Contra and on the Silkwood case is now representing Luis Elizondo, who Greer describes as a “professional disinformation agent putting out false intelligence about the UFO matter through the mainstream media.”

Greer explains that Sheehan was hired by Elizondo because the Pentagon was about to pull his security clearances.

He says, “It wasn’t because he was doing things with TTSA…They [the Pentagon] wanted him to do that.

It was because he had resigned from TTSA, falling-out with the people that were the hardliners wanting him to present that there was an ‘alien threat’ or a threat to the National Security.”

In other words, Elizondo is being threatened with loss of his security clearances, not because he was disclosing classified material but because he went ‘off the rez’ and no longer wanted to lie about the ‘alien threat’. 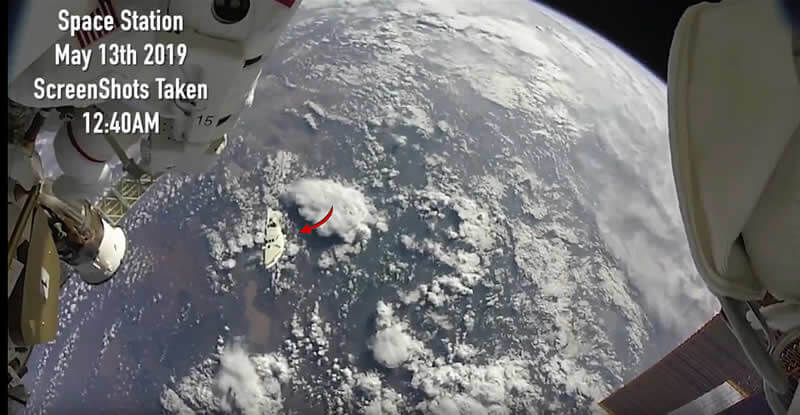 Greer continues, “And he has told two people on my team, including attorney, Daniel Sheehan that he knows and the other people, like Chris Mellon know that there is no such thing as an ‘alien threat’, that there is not a threat to the National Security but that’s the only way they can get this in front of the American People to get more overt funding for the Space Force and eventually, a conflict with these extraterrestrial civilizations.

“He has flat-out said he knows that everything he’s been saying about this being a ‘threat’ is untrue.

“Now, Daniel Sheehan has also shared – and this is even more explosive – that Luis Elizondo has informed him that he, in fact has been in a facility where an actual extraterrestrial vehicle was stored.

“Now, why is that important?

“Because he’s all over the news, 60 Minutes, every Mainstream News channel, along with his other cohorts in the cover-up, such as Leslie Kean, Nick Pope, Chris Mellon and others saying that ‘we don’t know what these are’.

“For example, the recent Jeremy Corbell interview on Fox News, where they were showing these triangles swarming our Navy ships.

“Every one of those pyramid-triangular-shaped objects with the flashing light on them are from either Northrup-Grumman or Boeing or Lockheed – most likely, Northrup-Grumman.

“Those are man-made UFOs. 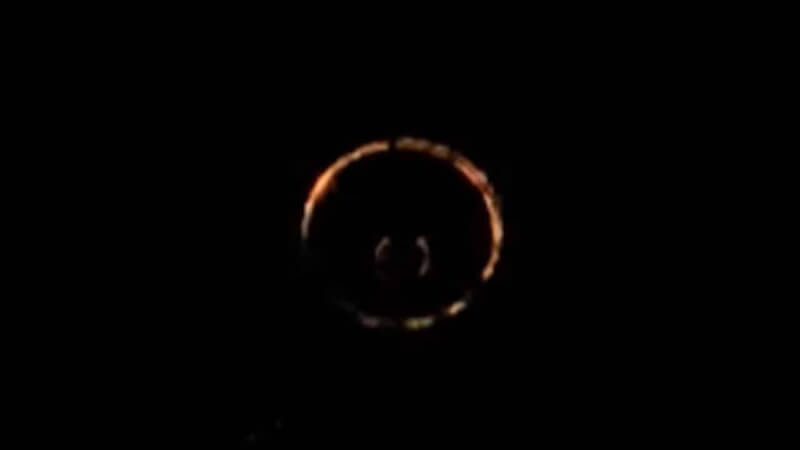 “They’re anti-gravity vehicles. Everyone in the aerospace industry, at any level of clearance knows this.

“So this is a big problem. So I told Mr Sheehan, I said, ‘Look, you have to be very careful if you’re going to work with this gentleman. You have to understand that he is a master of disinformation.

“I am quoting from a senior CIA official who wrote me about this when they first emerged, after Unacknowledged came out in 2017.

“And of course, Daniel Sheehan knows this. He told me point blank, ‘Yes, we know this.’”

Greer says Sheehan is representing Elizondo in the hope of getting him to come clean and possibly after him, to get some of the others to admit they know that there is no threat from UFOs and that they have been coerced into making these claims…

“Now, this is of course one of the most preeminent aerospace figures of the 20th Century and this is not a contested item. It’s in his penmanship and signed by him, back to a friend, that we’ve acquired. We have enormous amounts of information like that.

“So, these people that you see on 60 Minutes that you see on Fox News and CNN and all the media, this is the ramping-up of the false disclosure that we warned about in 1999, when we wrote the paper, ‘When the Disclosure Serves Secrecy.’

“Why? Because they want people to now know that there are UFOs but they want to put this big lie out there that they are a ‘National Security threat’ and concern.

“This is what Nick Pope and others keep saying. By the way, Nick Pope has admitted to two people on my team that he has been paid large sums of money to say these very scripted things in the Mainstream Media so that he has been able to buy some really pricey real estate in Soho in London and elsewhere.

“One of my concerns about this is that, while I normally do not engage in sort-of gossip, is that now that these people are mis-educating deliberately the American People and the world on this. It is a very big concern.

“They have stepped into another level of deception. It’s one thing if you’re at a UFO conference in front of a thousand people. It’s another thing if there are millions and millions of people hearing this lie.

“Now, all these people, from Chris Mellon to Luis Elizondo to Leslie Kean to Nick Pope and others know for a fact just what I just said; that there are two types of UFOs seen: man-made ones – that is the bigger secret, by the way.

“The ET issue is not as big a secret as the man-made ones, for a reason I’ll get into in a moment. And that this is not a ‘National Security’ threat.

“All the images that you have seen in the Mainstream News of the Tic Tac, of these pyramids and triangles – those are ours and they were filmed and known, at some point they would release it to open the door to this subject. But there’s more coming…

“Unfortunately, we’re at a point now where there is a massive information campaign that is false and the reason they want people to think all of these are things, that we don’t know and can’t figure out how they fly is so that eventually, they can put out more scary information, perhaps next month with the Director of National Intelligence Report, showing even more gruesome events that have happened, that show in fact, that these are a threat to the National Security.

“Why? Of course, that with the Fascist military-industrial and industrialist complex want people to be afraid of something. 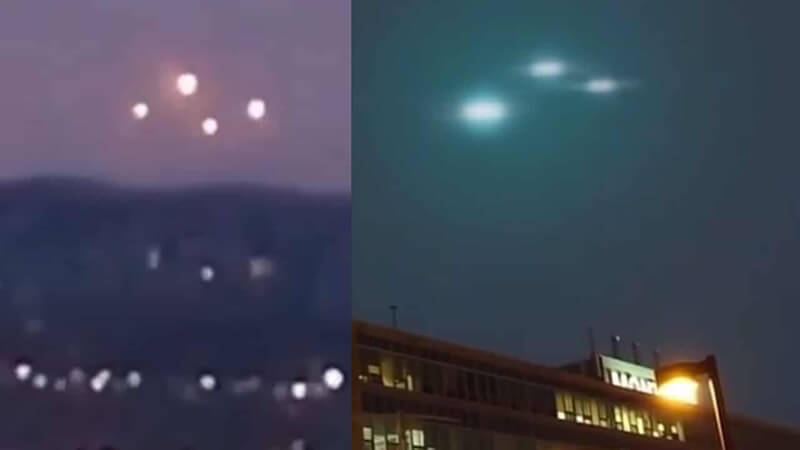 “That is why Daniel Sheehan is working with him.

“Now, I’ve made it very clear that Daniel Sheehan has told me he would do this that if he cannot get Luis Elizondo to speak the truth and come clean on this that he would drop him as a client…

“My understanding is, you know, people are complex. I think both Chris Mellon and Luis Elizondo regret what they’ve done.

“We also know that there are other people who are beginning to come forward with information, which sounds unbelievable, such as Jacques Vallée, disclosing that in the 1980s, he saw a document describing CIA-run alien hoaxed abductions in Brazil and Argentina. We are going to be releasing this soon…

“There are a number of things that need to come out and I’m making an appeal right now anyone who has has information or has been on a tactical team engaging in these false flag operations from the 1950s until now need to come forward and expose this as a hoax.

“The reason for that is that if we don’t expose the trickery and the hoax, the thing that the American public and the world are going to be left with is this terrifying perspective of there being a threat from Outer Space, which will justify not only the expansion of weapons into space but also the Space Force and this ‘alien threat’ narrative that they’ve been working on for 70 years.

“By next month, who knows where this will have gone? We need to move forward very aggressively to get the truth out, so we are working so that. In the next month, ‘The Cosmic Hoax’, this next documentary that all of you have helped fund – and I’m thanking you very much for that – we are already now in post-production on that and I’ve seen a rough cut, the first 45 minutes. It’s amazing. It’s going to blow people’s minds. It’s going to be case-closed.

“That film is not going to be proprietary.

“Every single one of you need to find influencers, celebrities, networks of people to take that film and post it on every site on the planet the instant, I mean the day it’s released…

“The reason they keep saying we don’t have anything that can move like that Tic Tac or move like those pyramid or triangular object over the Destroyer; the reason they’re saying that, even though it’s it’s an absolute provable lie is because it preserves the element of surprise.

“It preserves the element of surprise of a false flag operation, where those same technologies that are man-made and controlled by covert programs can be used in some kind of scary scenario..and make it look like it’s the aliens did it, blaming on the aliens…

“I think if we can expose this central lie, we can prevent this disaster and but that’s not going to be done by CNN and CBS News and 60 Minutes.

“It’s going to be done by us and you guys, all of us together have to join hands and expose what the truth is…

“Everyone has a list of a few hundred people they may have been on their social media pages.