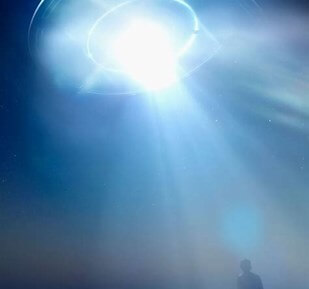 The series documents the work of the To The Stars Academy of Arts & Science, an investigation consortium focused on Unidentified Aerial Phenomena (UAP). In Season 1, the series focused on U.S.-based cases, including video the group released in 2017 that seemed to capture UFOs spotted during a training exercise over the Pacific Ocean in Southern California. In September 2019, Navy spokesperson Joseph Gradisher confirmed the videos were for real and the objects were unidentified.

Watch an army specialist recant his story of a UFO sighting while on duty in Afghanistan during season 2 of HISTORY’s ground breaking series, “Unidentified: Inside America’s UFO Investigation.” The series returns on Saturday, July 11th at 10/9c. #Unidentified

“This is a show about reality,” Elizondo says passionately. “Even the producers and directors are hardened investigative journalists. They’re not reality or entertainment producers. Even the camera crews, a lot spent time with combat troops under fire. There’s no scripting and no re-takes. So none of this was engineered for a Season 2. Season 2 just happened to be there when this was all unfolding, which shows the authenticity of what we’re trying to accomplish.”

Now, Season 2 of Unidentified: Inside America’s UFO Investigation is back on HISTORY on July 11 at 10 p.m. ET / 9 p.m. CT to shake up the status quo again with new cases, and an international expansion of their investigations. Episode 1, “UFOs in Combat,” features an eyewitness account of an Army specialist stationed in Afghanistan who saw a UFO while on duty.

Elizondo says the reach and authenticity of Season 1 really created an environment for more credible witnesses to reach out with their stories, and audiences will see many of them in Season 2. “These people have a lot to lose and are willing to come out to their fellow Americans and say, ‘I experienced this and I’m not crazy.’ Any man or woman in uniform who is willing to do that, to me, deserves an audience. There’s a lot of people we had to protect their identities, and you’ll see that in future episodes. There are people who are very, very senior in our government that still have a lot to lose. We extend the courtesy of protecting their identities because we believe the information is so compelling.”

He adds, “I’ve made a living assessing people, and as an intelligence officer understanding micro-behaviors and deceptive patterns, these folks are none of those. I could put them on a polygraph tomorrow and they will pass with flying colors. They are real and they are legitimate.”

Having gotten the U.S. government to corroborate some of their work to the public, Elizondo says their work continues with a little less pushback now. “For me, the micro goal is to collect the truth and speak the truth. I present the facts and the data, and the audience is the jury. The macro goal is to get our elements in government to remove the stigma and taboo to finally have a real, legitimate conversation about the topic in a productive way. I also think that the time has come, and you see that in Season 2, to make the conversation truly global. Now that we have our own government engaged, now is not the time to put the car in neutral and coast. And we do believe this is truly a global phenomenon.”

In fact, Elizondo teases that the incendiary confirmations that came after Season 1 will likely be topped by what they discuss in Season 2. “I think it’s going to have more [impact]. When the audience gets a taste of what we were able to do in South America, that’s going to open the aperture and the floodgates. People are quickly going to come to a realization that there are other governments absolutely involved, having the conversation openly and admittedly. I was literally in their office with their Secretary of the Air Force and four-star generals having this conversation directly with me on camera, for the first time ever, saying, ‘Yes, my government thinks this is a serious issue. We actively investigate UFOs and we know they are real, and we want to share information with your government.’ That’s a drop-the-mic moment.”