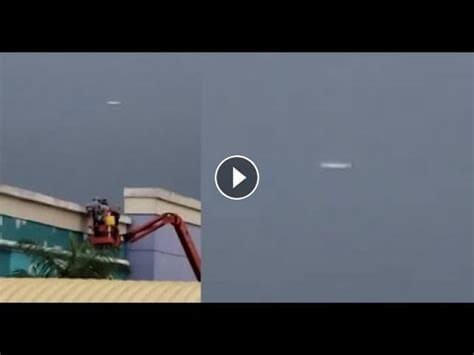 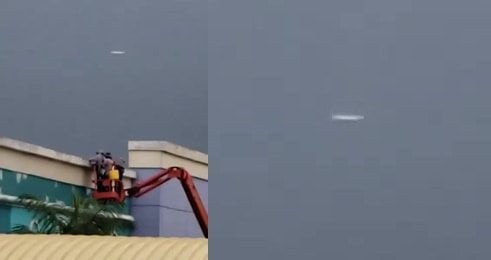 Jose Angel Castro was on his way to the shopping center with a companion when they saw the ‘flying saucer’ some 500 meters distant.
Text source: http://inexplicata.blogspot.com/ video source: ​Pedro Ramirez, ufologist

An intriguing UFO was captured on video at just after 10 am on 9th October 2019 when an unnamed resident noticed a strange, metallic object hovering over a shopping center in Panama in Cuba. The witness, along with a friend, were driving into the shopping complex looking for a place to park. It was as they were heading directly toward it that they noticed the strange craft.

They managed to take in quite a few details of the bizarre aerial anomaly. They would claim as well as being metallic there was a strange white glow to the exterior. What’s more, there appeared to be multiple domes on top.

Many from the UFO community feel confident that this piece of footage is one of the more credible of recent years. We should also note that the video only surfaced online via the witness’s personal social media account. Many “suspect” videos are often pushed on larger and more public platforms in order to earn money from the views.