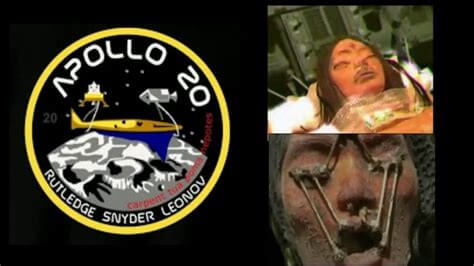 You’ve probably heard of the Roswell landings and area 51, but you know nothing about the Super Secret program, Apollo 20, which is alleged to have been hidden by NASA. The Apollo program officially ended in 1972 – Flight Apollo 17 was the final mission of the lunar exploration program. However, NASA has conducted three additional exploration activities, namely: Apollo 18, Apollo 19 and Apollo 20. According to the conspiracy theory, the Apollo missions have discovered ancient artificial structures on the Moon. and want to study them but in an unlisted form. Apollo 20 is considered one of the biggest controversies in history. In 2007, some videos were uploaded to YouTube and they were supposed to be footage taken from the Apollo 20.