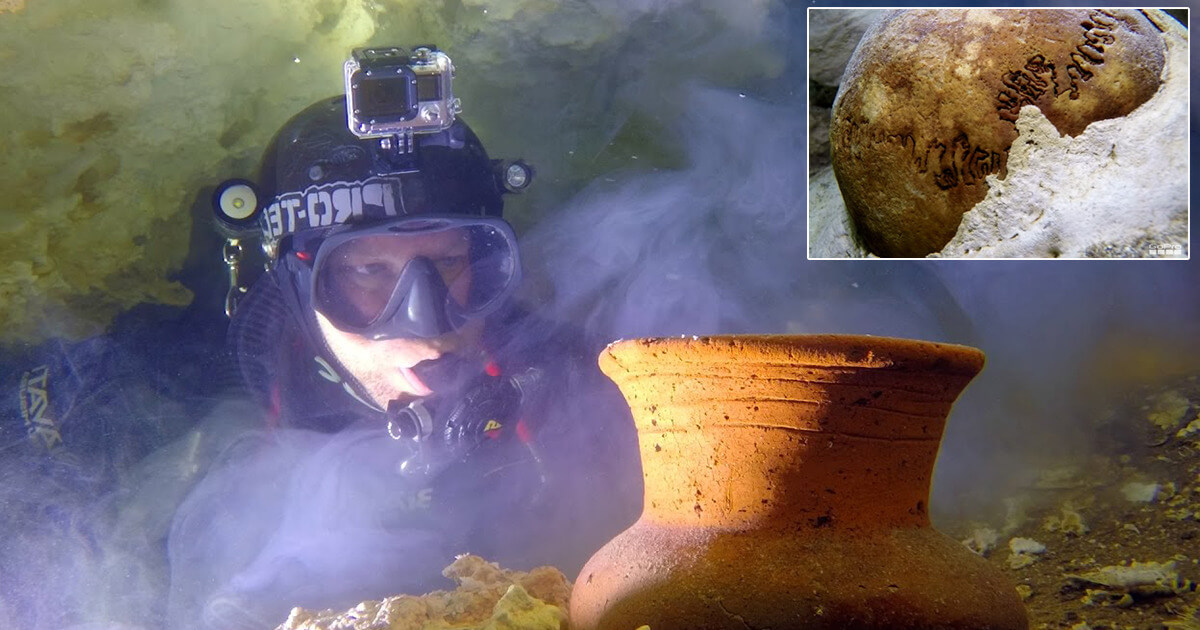 Recently, a team that belongs to the Great Maya Aquifer Project also known as GAM made an insane discovery close to the Mexican city of Tulum in the Yucatan Peninsula.

They discovered a set of subterranean caverns that are believed to be the largest flooded cave system in the world.

Inside of this submerged place they uncovered 358 cave systems that go on and on for 1,400 kilometers or 870 miles altogether.

After 10 months passed the team uncovered another cave system known as the Dos Ojos System which spans for around 93km (56.8 miles) and after further research they uncovered that it too was a part of the Sac Actun System.

The caves are believed to be older than 10-12,000 years old by now and according to the team that made the discovery they’ve discovered over 100 archaeological findings such as remains of extinct fauna, remains of early humans, Mayan archeology and even Maya graves which were plastered with precious stones and ceramics.