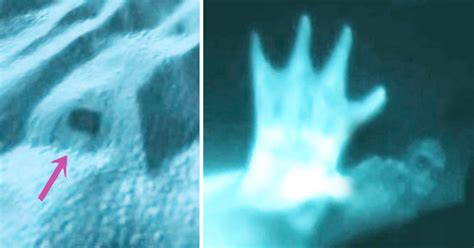 For a very long time now people have been disappearing alongside the Siberian Waters and as a result, to this professional researcher’s Paul Stonehill and Phillip Mantle have taken it upon themselves to discover the truth behind the disappearances.

After researching the grounds and questioning the locals they came to the conclusion that the waters are filled to the brim with strange alien creatures of some sort that roam the waters and typically feed on children. Originally referred to as the swimmers” by the locals, this race is believed to be over 10 feet tall and they are most often times seen wearing silver clothing as they lure children to the shores and feed on them.

Many artifacts relating to them have been discovered so far, and the locals are absolutely terrified of them, to say the least. They use their telekinetic powers to talk to one another and attract people.

The two researchers even tried to tie these creatures with the mysterious disappearances off the Bermuda Triangle, but scientists tend to disagree to this very day. Russia has also been sabotaging them every step along the way, trying to impede their progress so they don’t say too much to the public.