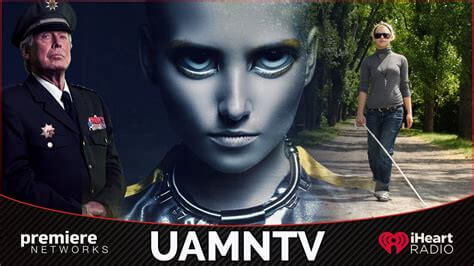 COAST TO COAST AM OFFICIAL

COAST TO COAST AM INSIDER Archived Show – Authors Helen Littrell and Jean Bilodeaux shared the unusual and purportedly true account of a human-alien hybrid named Raechel. Littrell claims she first came to meet Raechel after her blind daughter, Marisa, called and described her new roommate’s strange behavior. According to Bilodeaux and Littrell, Raechel seemed to have no past, spoke with odd vocal inflections, and ate a special diet that was delivered to her home by mysterious officials. Raechel also wore a scarf tied around her head and dark sunglasses, Littrell explained, recalling the time Raechel’s glasses shifted enough to reveal large, slanted, light-green eyes with vertical black slits in the place of round pupils. Bilodeaux said further background to the Raechel story was revealed during Littrell’s regression therapy sessions with Dr. June Steiner, where she learned about the government’s “Humanization Project” — an attempt to integrate alien beings into human society. Littrell also recalled being taken to a secret base in Nevada by Raechel’s father, an Air Force Colonel involved in the Project. Littrell said Raechel simply vanished one day, leaving only a note for her roommate Marisa and, as Littrell believes, somehow giving her daughter the gift of better sight. Original Show Date – 2005-06-03 Link to the show https://www.coasttocoastam.com/show/2… A media phenomenon, Coast to Coast AM deals with UFOs, strange occurrences, life after death, and other unexplained (and often inexplicable) phenomena. Website https://www.coasttocoastam.com/