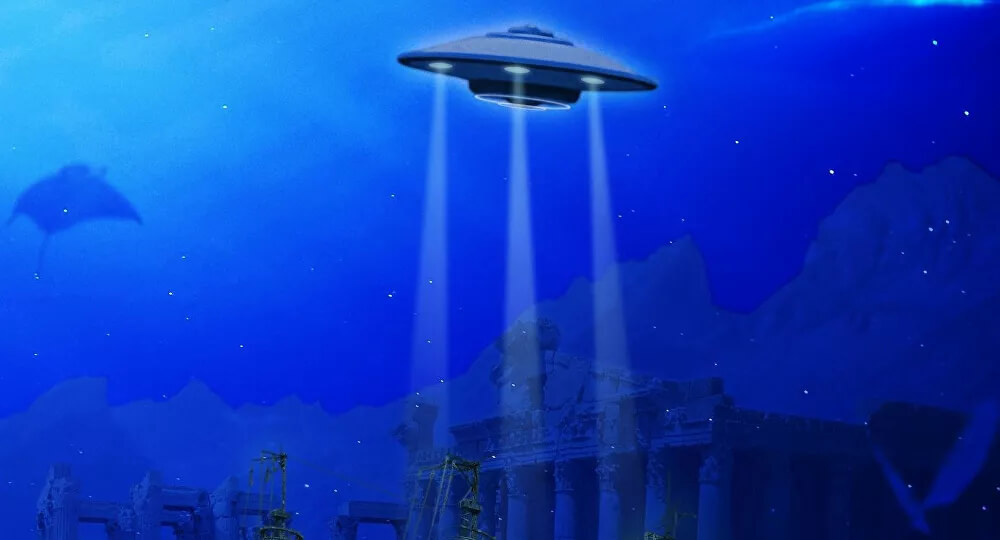 It appears that in the hunt for extra-terrestrial life, the ocean waters of our planet could hold intriguing answers, with more and more alien-seeking enthusiasts persisting in their search not only on the ground, but also beneath.

It appears that in the hunt for extra-terrestrial life, the ocean waters of our planet could hold intriguing answers, with more and more alien-seeking enthusiasts persisting in their search not only on the ground, but also beneath.

A self-proclaimed UFO expert has claimed that there is an “underwater alien base” lying beneath the surface of the Great Lakes in North America, making reference to an extraordinary phenomenon caught on camera and publicized online.

A set of snapshots shared by Christine McNaughton‏ (@chancesmommy) showed the sun encircled by four distinct reddish rainbow-like rings as it went down, lighting up the skies all around the area.

Scott C. Waring promptly reacted to the photos, arguing that the visual phenomenon could have been made possible by several factors, and primarily by “aliens” who allegedly caused an “over-abundance of energy surging over the lake”, according to an entry on the ET Database, authored by him.

He expressed a point of view that while it is apparently not due to a WWII-era atomic bomb, the explosion of which would have been seen from a variety of locations, the eye-popping view could be a massive UFO rising up from the lake into the sky. Waring specified that the gigantic UFO would have to sit in disguise under the water up until the sunset, when it could leave its hiding place unnoticed.

Meanwhile, he also ruled out the northern lights theory suggested by someone else in the comments section, asserting that the location is not typical of the widely known phenomenon. To prove the point, he argued that while Manitoulin Island, where the stunning sunset was registered, is up north in Ontario, the sun doesn’t set in the north, going on to remind that the Great Lakes lie west of Manitoulin Island, which means the sky-gazers indeed saw the sunset, possibly “enhanced” with alien energy.

Another apparent conspiracy theory adept assumed that it could be the impact of the enigmatic Planet X, or Nibiru:

Other commenters also butted into the debate, with Mike Man, for instance, citing geoengineering chemicals “creating a distortion in your lens” as the most plausible reason. “Soon we will hunt those responsible”, he warned blatantly, adding that the time has come “to delete the weather makers”.

Although it seems to be truly one of a kind, the phenomenon Christine caught on camera isn’t actually new, as reports of such incidents surface time and again. One such event occurred back in 2014, when a lit-up double bow was captured on camera, with the photo featuring two red-tinted rings piercing the clouds.

Separately, just recently, an Italian man, Alfredo Lo Brutto from Agropoli, took note of an unusual glow in the clouds above the Tyrrhenian Sea, with its shape resembling Jesus Christ.