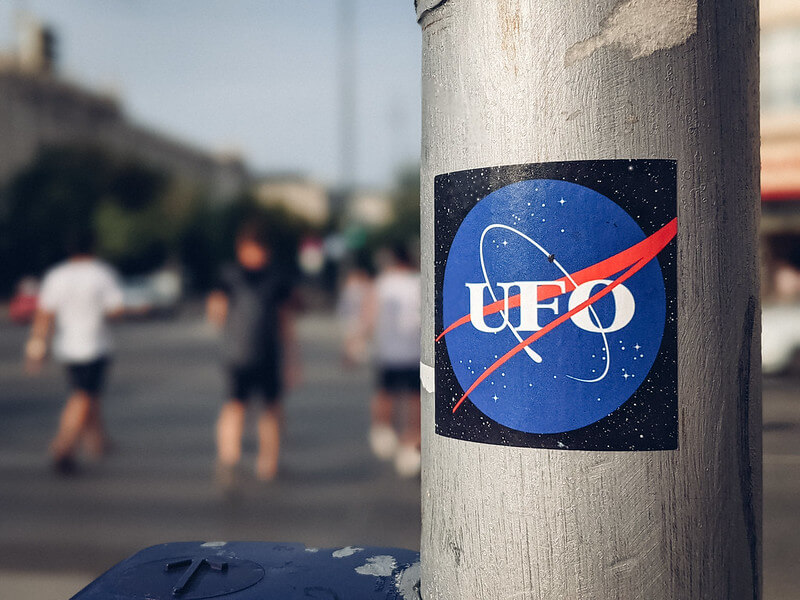 For the record, I have never seen what I would call a UFO. Not that I don’t want to. I would love to. Beyond that, I would love to see who or what are flying those objects we have seen photographed and recorded on video.

Just because I haven’t seen a UFO (I have had friends who said they have who I would trust with my life) doesn’t mean I don’t believe something is up in the skies, in space and under the water that we don’t have explanations for.

As a youngster, I had seen those cheesy black-and-white movies about flying saucers and aliens invading earth. But that’s all make-believe — right?

My thoughts on this changed one day when I was in third grade. Our teacher kept a bulletin board in the classroom on which were attached newspaper clippings of interesting events. One item on that bulletin board stopped me in my tracks and mesmerized me. It was a newspaper photo of Italian Air Force jets chasing after, well, a flying saucer. And the flying saucer was in the photo! This was in the early 1970s, mind you, well before Photoshop and the like.

Staring at that image and reading the photo caption, I thought to myself, “These things are real?!”

That’s where my interest in UFOs — nowadays the United States government refers to them as “unidentified aerial phenomena,” or UAPs, but call them what you will, they’re still unidentified flying objects — and extraterrestrials really began. And it has continued over the years to now when I must confess it is approaching obsession status. Call it extreme curiosity. At some point in my lifetime, I would like to know the truth about all of this.

It’s hard to believe that the only life in the universe just happens to exist on our planet, which in the scheme of things probably amounts to a tiny grain of sand among all the world’s beaches. So, in my mind, it’s not a question of whether life exists beyond Earth, but what does it look like, and is it visiting us?

Clearly, something is going on and has been for a long time (see Roswell, N.M., 1947). The — let’s call it possible evidence — is staggering. Forget about reports from the general public. What trained observers like astronauts, pilots, police officers, military personnel and even government officials have said cannot be ignored. What military radar screens — and video — have shown cannot be ignored. We hear Navy pilots talk about objects that look like giant Tic Tacs flying at crazy speeds and making directional changes that would kill a human being flying inside.

The amazing videos Navy jets shot of these objects above Pacific Ocean waters near San Diego is stunning testimony. If these objects are not the work of the United States, China or Russia — and they certainly don’t seem to be — they either have to be some sort of strange natural phenomena we don’t understand or, well, let’s face it, we are not alone.

I suspect that last possibility unnerves some people. That may be why whenever the topic of extraterrestrials or UFOs comes up, they almost reflexively break into a smile and joke about it.

This could actually be the biggest story in the history of mankind. The time for joking is over. It’s high time this be approached with the gravity it deserves. UFOs have been reported flying in American airspace (and elsewhere in the world, too). It has been reported that they have operated near — and interfered with — nuclear facilities.

The bottom line is we don’t know what these objects are, what their intent is and who or what is operating them.

That sounds awfully serious to me.