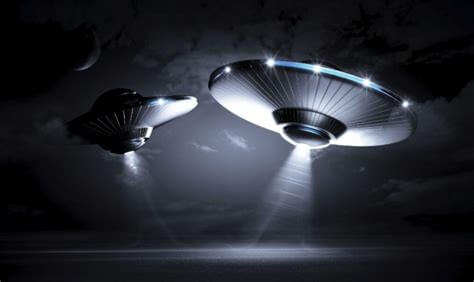 With the holidays fast approaching and just a few weeks from the presidential election, ufology news and research can be slow and sometimes overshadowed by the more pressing issues going on in our worlds.

In times like these however, it’s nice to reflect on what we’ve learned thus far and where the future of ufology research and journalism is will be over the coming months and perhaps years.

The other day, I was fortunate to ask Danny Silva a few questions on how he got his start in ufology research and a few opinions on government transparency, ufology on social media and the internet culture, and his thoughts about TTSA and his opinion on whether or not they could possibly be agents of disinformation.

Silva, as well as myself and a few others, are who you would refer to as the “young guns” of ufology. Or as I’ve stated before, I would rather be called a “futurist”. But I can only speak for myself in regards to that particular area.

People such as myself, have a great respect for the older generation of ufologists and journalists who were trailblazers in a field that has been frowned upon by mainstream science and journalists alike. They were willing to stick their necks out for something they truly believed in and despite all the criticism, established a name for themselves as the greatest forefathers of ufology, building a foundation for futurists such as myself to learn and grow from.

However, with the tides rapidly changing the culture of ufology, new ways of approaching the idea of transparency of the Uap phenomena in our government as well as our community must be taken into account by our forefathers as we are dealing with new ways of research and new ways of getting the general public to engage in a conversation that has been reluctant for fear of stigma.

As Silva stated in our discussion, and I’m paraphrasing, ” we have a tendency to eat our own “. And, from what I’ve seen, I have to agree. The internet culture, being as new as it is, doesn’t help that issue. Furthermore, when the ultimate goal is only to generate discussion and awareness of the Uap phenomena, the inner layers of the UFO community seem to forget sometimes that there are people just now joining in on the conversation and need to to catch up to speed.

Now that’s not to say that progress should be put on hold for the newbie. But in order to find fresh and bold ideas however, patience should always be a virtue while waiting for the outer layer to peel back a little at a time.

The average citizen is starting from the disclosure of the Nimitz videos or even more recently the proposal by Marco Rubio to include transparency in the newly created Uap task force. And, if you happen to be one of those people just learning about this revelation, you might not want me throwing a research paper at you about Coleras Island, Brazil incident in 1977. Or perhaps any of the studies done by NIDS or any Robert Bigelow funded research on the paranormal. These are definitely great places to start, but if you’re working from the current timeline backwards, You would want to start with the AATIP program as well as TTSA and Luis Elizondo.

Which leads me to the new generation of disinformation.

discussion among the general population. It causes confusion, fear, and infighting among the ufo community as well as the general population as a whole. It’s a real and true problem that has plagued our research and inquiries into the true source of the Uap phenomena since it’s inception. It has created an atmosphere of cynicism among the tightest of circles and well educated researchers in ufology. People must be made aware of this problem as much as the need to be aware that the Uap phenomena is real. But, it should not however, deter anyone from seeking information from trusted and respected sources in ufology.

Ultimately, it is solely up to the individual doing research who decides for themselves whether or not a piece of information is true. However, one should take into account the source and whether or not the general consensus is that it is legit information.

TTSA is an example I will use for the simple fact that there are some in the ufo community who have rendered them agents of disinformation and believe that because of Luis Elizondo’s involvement with the AATIP program using black budget government dollars, he would be the prime example of a disinformation agent.

My opinion on this matter has already been stated in past blogs and I would encourage anyone curious about what is is being talked about in present tense in the ufo community, to do some reading and find out for themselves.

It would be a great start for anyone interested in the Uap phenomena as well as mainstream media journalists looking to break a possible earth shattering article.

Ufology is evolving with new journalists, new researchers, new ways of reporting, and new ways of reaching the general population. And while the foundations of ufology and the trailblazers in ufology research must be respected, evolution is always inevitable.