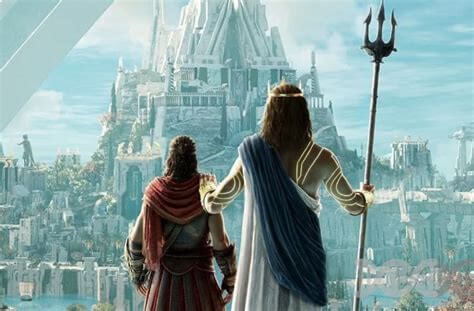 In his novels, the well-known scientist and explorer Kandyba raises these and other questions. Kandyba is also the World Association of Professional Hypnotists’ representative. He spent several years traveling the globe and participating in expeditions throughout the Atlantic and the Arctic. By comparing disparate pieces of data, he eventually came up with a sensational theory. His hypothesis seems to be capable of defying certain scientific dogmas that seem to be well-established. During an expedition in the Atlantic, Kandyba discovered firsthand that Atlantis was not in that part of the ocean, despite Plato’s detailed description of the land. Kandyba, unlike other scientists who gave up, persisted in his search. He decided to seek guidance from the Vedas, one of the world’s oldest historical records.

The first man was named Ory, according to ancient Vedic writings. The name of the first man was used to name both the ancient continent and the prehistoric people known as the Aryans. In contrast to the ancients, our forefathers were head and shoulders above them in terms of accomplishments. The Oryans claimed to be monotheists. They embraced the doctrine of the Trinity, or the union of three individuals (Father, Son, and Holy Ghost) in one Godhead, in the same way as modern Christians do. Some scientists were skeptical of the writings, even calling them a forgery since the philosophy of life closely resembled the Christian faith. The theory’s proponents, on the other hand, were able to fire back and defend it. Asov, a well-known Slavic mythology researcher and author of several books, was able to find proof that all civilizations had a common view of the cosmos, but that the ancient faith had diminished over time. After conducting a comparative analysis of the myth of our direct ancestors, Asov discovered facts. The wooden tablets discovered recently in the territories of modern-day Russia are irrefutable proof of our forefathers’ monotheism. Our forefathers worshiped Godhead in three hypostases from the beginning. Other gods were discovered later.

They were merely assistants to the Creator at the start of the myths. The Slavic wooden tablets’ origins are believed to be much older than the Hindu Vedas. They both have details that seems to be miraculously similar. The Slavs, on the other hand, could only interact with the ancient Indians if both peoples shared the same motherland. The ancient civilization, according to Vedic texts, inhabited the entire continent. It was a single state ruled by a single monarch and divided into principalities. The capital of the empire, Arka, was where a ruler’s residence was located. Using the celestial globe, it is simple to see where the city was located. The city was situated directly underneath the Polar Star. The empire was free of wars and disputes, according to the Vedas, since the people believed in God and followed His commandments, which were very similar to those in the Bible. The Oryans built numerous cities across the land and were well-versed in astronomy and medicine. All of the temples served as observatories. Many other secrets were kept by the Oryans, but they were lost when the world fell apart.

We still have bits and pieces of certain moth-eaten stories from ancient times these days. According to legend, large and powerful ships visited other areas of the world inhabited by savages. Tall strangers with astronomical and astrological calendars, as well as pottery and metallurgy skills, were aboard the ships. Those were stories about the great Atlantean culture, which was located in the Arctic. It’s possible that certain translators are to blame for humanity’s massive confusion. When the translators used the word “Atlantis” instead of “Arctitis,” they deceived scientists. The Vedas contain a clear account of the Arctic civilization’s tragic demise. According to legend, God warned the high priest of Arka of the civilization’s impending demise while the priest was worshiping at a mountain temple. The priest was told that once freezing temperatures took over the warm atmosphere, the fertile lands of the empire would be coated in ice. The priest informed the people of the revelation and encouraged them to flee to other parts of the globe. The citizens, however, disregarded God’s warning and the priest’s requests. Residents of small principalities made the decision to stay and fight until the end. As a result, many of them died of starvation and freezing temperatures. According to the Vedas, the last humans left the Arctic three million years ago. Modern geological analysis provides evidence to back up the claims. In fact, the Arctic was fully iced over around three million years ago. Various Arctic cultures also have various tales of invaders arriving from the land trapped between the ice. Some Slavic stories, such as the winter that lasted many years, provide support for this theory. According to some scientists, the legend of the construction of the Tower of Babel is nothing more than a story about the fall of the Arctic civilization. Scientists were lucky enough to collect soil samples from a depth of 20 million years. The soil samples taken from a depth of 18 million years included more than just frozen earth. They also included a few plant fragments, such as a piece of grapevine, which provided evidence to support the theory of prehistoric Arctic lands that were warm and fertile. Arctic explorers say it is unlikely to find any traces of civilization hidden under a one-kilometer thick layer of ice. A new hypothesis has been proposed. It depicted Arctic pioneers establishing a new civilization. There was no proof to back up the hypothesis for several years. Then, in Arkaim, in the Ural Mountains, archeologists discovered incredible discoveries. After excavating and reconstructing some of the buildings on the excavation site, scientists came to the conclusion that a massive city once existed near the Urals’ eastern slopes. There were temples and palaces, as well as astronomical observatories, in the district. Scientists were able to maintain that the city in the Urals was one of the last strongholds of the Aryan civilization after a painstaking comparative study based on Vedic writings. Historians and archeologists praise those who designed and constructed the city in the mountains for their astronomical and architectural skills. At the time, no one in the Urals had a good understanding of astronomy or architecture. The city’s architecture was very similar to that of Arka, which was located underneath the Polar Star.