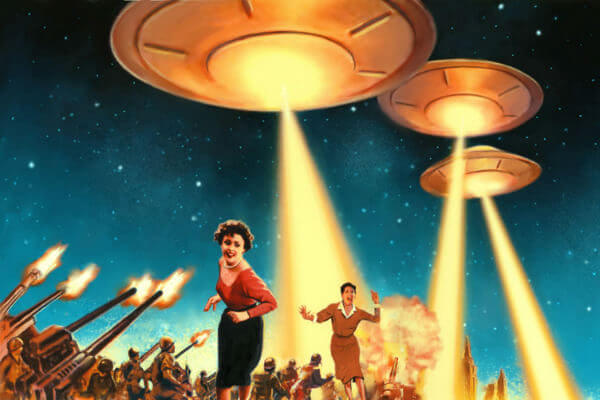 The Pentagon is forming a special group to investigate and study cases of UFO sightings, headed by US First Deputy Secretary of Defense David Norkvist.

According to ufologists, the United States is preparing for an aggressive meeting of aliens from space, meanwhile, political analysts note that this is not the first time that President Donald Trump has used UFOs as a trump card to increase popularity among voters.

“I got the impression that the UFO problem is used primarily for political purposes,” says Alexander Bartosh, Corresponding Member of the Russian Academy of Military Sciences. – This is especially clearly seen in the framework of the election campaigns in the United States. The candidates promise voters to reveal some secrets of UFOs, tell about aliens at the famous American test site, whose bodies are allegedly stored there (meaning “Area 51” ). Therefore, now this option is used in the pre-election campaign as a bait for voters. The creation of a group at the Pentagon is generally inexpensive, and the step itself allows the candidate to say: “On my initiative, a group of competent military personnel has been created who will deal with the UFO problem. About which, of course, after my re-election, I will acquaint you in a wider context ”.

According to ufologist Anna Azhazhi, the US military department can prepare for the visit, which was supposed to take place back in 1999.

“Since the United States is now concerned with creating a special group, and it will be a military department, it means that they are preparing for the visit. The visit, in their opinion, will be unfriendly, and therefore it was done not for scientific purposes, but most likely in the military. Under this cover, the United States wants to conduct its own tests of the latest weapons, ”the ufologist believes.

Future contact with other worlds is planned in ancient texts – the Mahabharata, the Koran, the Bible, the ancient Vedas, both Indian and Slavic, Azhazha says. “Just at the turn of the 20th and 21st centuries, contact with another world was supposed to take place, these ships in the form of UFOs are tracked by the United States, and they have been watching the Earth for a long time. Now there is a massive appearance of UFOs in the space of our planet. And the United States wants to promote its new weapon under the label that it will be an aggressive contact, that there will be an invasion of the Earth, ”the ufologist believes.

Despite quotes from the Outer Space Treaty, the astronomical community does not have real legal instruments to influence this situation. It looks like you will have to negotiate with the business to get out of the conflict. The head of the International Dark Sky Association (IDA) Ruskin Hartley has already announced the terms of a possible “settlement”.

In 2019, speaking at the American Astrophysics Society (AAS) conference, Hartley listed points that can provide a long-term and strategic solution to the problem. According to his proposals, the brightness of all spacecraft launched into orbit should remain below the level accessible to the naked eye (although exceptions are possible).

In addition, operators are required to provide complete and operational information about their launches and orbital motion. Finally, Hartley encourages businesses to recognize their shared responsibility for the sky and act accordingly. There is no technical solution to the problem yet. It remains to be hoped that the parties will agree at least in words.