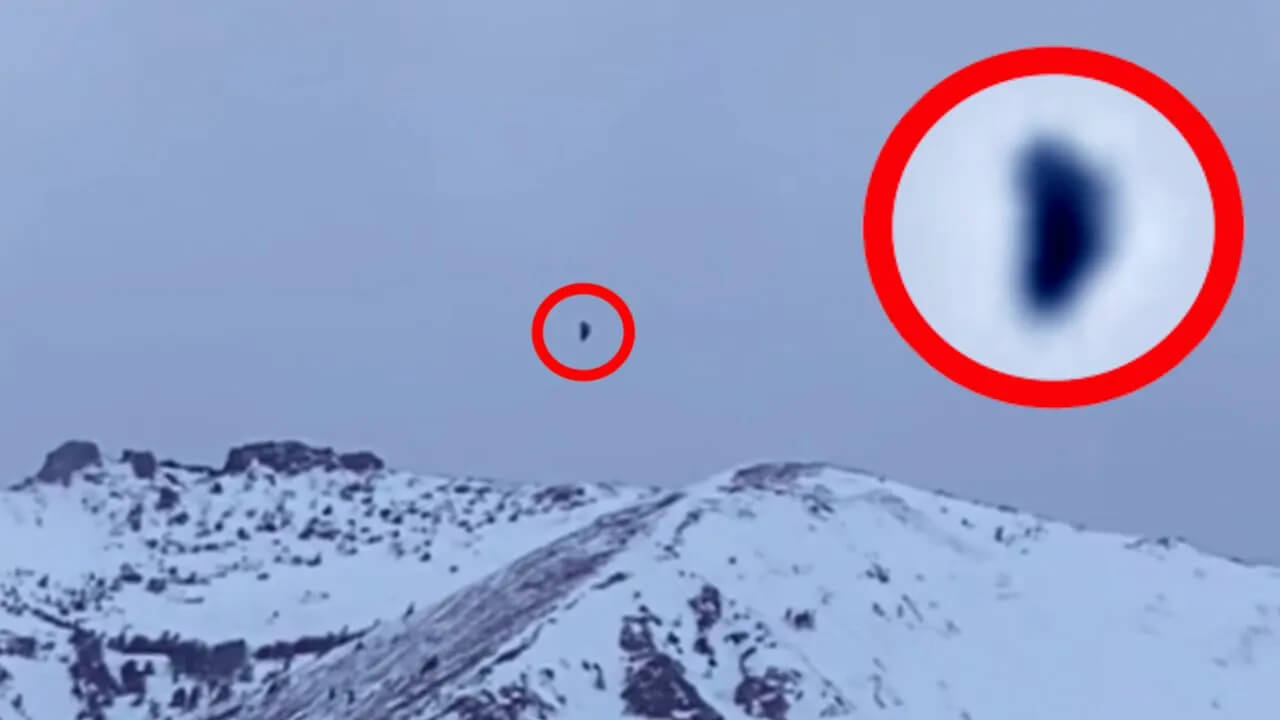 MUFON case 114334 features a solid black UFO that was captured on film by the witness over the mountains in Markleeville in California on the evening of 14th March. The sighting occurred at around 7 pm on the night in question when the witness suddenly noticed the strange object purely by chance from the corner of their eye.

At first, they claimed they thought it was nothing more than a bird. However, when they put it in perspective with the background and surroundings, they realized that it was “way too big” to be so. Realizing they were witnessing something a little strange, the witness immediately reached for their phone so they could film the incident.

As they were doing so, they realized there was no sound whatsoever coming from the object, and so they dismissed any notion that it was a terrestrial aircraft. And the fact that the strength of the wind meant it was highly unlikely to be a glider or a paraglider. In fact, the witness recalled that at the time of the sightings, a “significant storm” was heading toward the region. However, the object “maintained its path” suggesting it was very much solid.

Even more intriguing, the witness claimed they could see a “mist or aura” around the object as it moved. What’s more, as it went along its way, it appeared to be turning as it was flying, perhaps rotating on its own axis.

The footage is certainly some of the most intriguing of recent months, which you can view that video below.