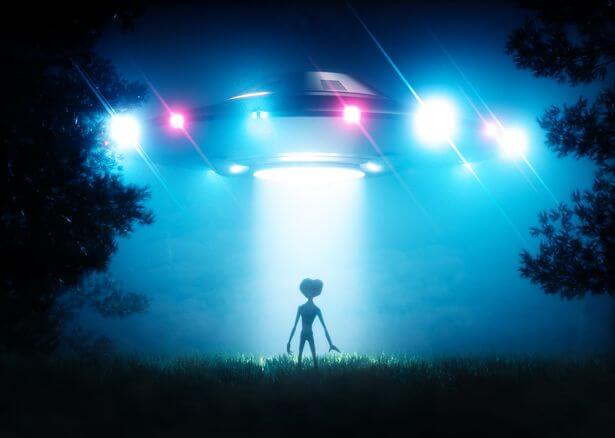 EXCLUSIVE Former US president Donald Trump signed off on the report before leaving office, in a hurry that has piqued the interest of many UFO hunters on both sides of the pond who believe the truth is out there.

The UFO report signed off by US president Donald Trump just before he was replaced by Joe Biden could reveal super-smart aliens are visiting us in peace, an expert has claimed.

Professor Daniel Drezner said so days after the US former director of national intelligence John Ratcliffe revealed the Pentagon files included declassified intelligence of aircraft “that exceed the sound barrier without a sonic boom”.

The international politics expert at Tufts University on Thursday wrote in the Washington Post: “Does this evidence point toward the prospect of extraterrestrial observation of our planet? If so, how should we feel about that?

“I am not going to speculate on the first question beyond noting that if Harvard astrophysicists are making that suggestion about interstellar phenomena, perhaps we need at least to consider the possibility that these UAPs (Unidentified Aerial Phenomena) might also be extraterrestrial in origin.”

He said top scientists including the late professor Stephen Hawking have warned against contacting aliens or of catastrophic consequences for humans if they arrived on Earth.

But said “it might be better for U.S. national security if these UAPs turn out to be ETs” than if they belonged to Russia or China.

He added: “I get the concern from physicists that technologically advanced extraterrestrials might behave as powerful human civilizations have in the past.

“The assumption is that powerful, technologically advanced civilizations will act in a destructive manner.

“That is possible, but perhaps civilizations that reward destructive entrepreneurship are less likely to generate the technological wherewithal for interstellar travel.

“And if those UAPs are ETs, maybe there is more hope for interstellar relations than either scientists or science fiction envision.”