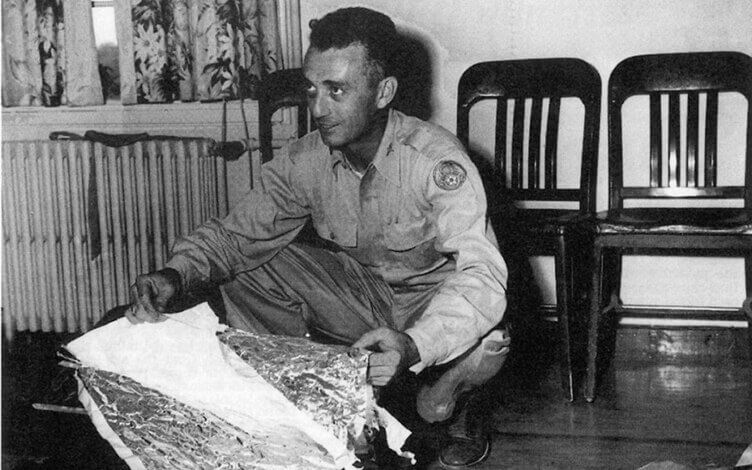 In 1990, Los Angeles Dodgers pitcher Orel Hershiser’s stellar career was jeopardized by serious shoulder issues. Hershiser had damaged the tissue and tendons in his shoulder so badly after seven years of major league pitching that his arm was no longer firmly anchored in the socket. He felt greater agony and lost control with each throw of the ball. The issue that has knocked many pitchers out of work before him.

However, owing to Nitinol, a strong and flexible nickel-titanium alloy with the ability to remember it’s original shape, Hershiser was only sidelined for one season and gradually returned much of his former strength.

Orthopedic surgeons bore a hole in his shoulder bone and implanted a small metal anchor that jammed itself into the hole using a Nitinol hook. Sutures attached to the metal anchor allowed the doctors to reconnect the tendons to the bone securely.

Nitinol has the ability to straighten teeth and prevent blood clots. Nitinol eyeglass frames can withstand significant damage (you may twist them, sit on them, and otherwise torment them) and will spring back to their original shape. A NASA engineer has developed a pair of automated Nitinol tweezers that are intended to be beneficial to doctors who must retrieve small items through small wounds.

What gives Nitinol the capacity to recall and return to its original shape? Perhaps more significantly, where did Nitinol originate? According to the widely held belief, Nitinol was discovered in the 1950s and early 1960s by a researcher from the Naval Ordnance Laboratory in White Oak, Maryland.

According to a stunning revelation made by the Defense Intelligence Agency, Nitinol might have been the outcome of humanity’s first reverse engineering effort of non-human technology. The revelation comes months after Luis Elizondo’s claim on Tucker Carlson that the US government has crashed wreckage.

In an unexpected turn of events, the Defense Intelligence Agency has revealed that Nitinol, a metal also widely utilized in defense and space has been extensively investigated by the Pentagon’s UFO initiative, Advanced Aerospace Threat Identification Program, as well as its predecessor a program called Advanced Aerospace Weapon System Applications (AAWSA)- also responsible for conducting studies at Skin Walker Ranch. In response to a Freedom of Information Act request submitted by researcher Anthony Bragalia, the Pentagon has made available over 150 pages of information pertaining to fallen wreckage from unidentified flying objects. The Pulse was also able to verify that the program director in charge of the research was none other than James T. Lacaski, Luis Elizondo’s predecessor.

Many pages of “advanced technology reports” on Nitinol can be found in the Pentagon’s disclosure of research materials. The pages in the FOIA response on Nitinol look at its potential for incorporation into the human body to enhance health. It also indicates that Nitinol is made up of Titanium and Nickel. This immediately brings to mind General Arthur Exon’s comments about the physical composition of the crash debris. General Arthur Exon is on the record as claiming the material of the Roswell craft as being composed of “titanium and some other metal…[but] the processing was odd,” as well as numerous memoranda stating that the wreckage in their custody was most likely manufactured “by unique manufacturing processes.”

It is possible to make a compelling case that Nitinol reflects our species’ earliest attempts to reproduce extraterrestrial material. Many former high-ranking US Defense officials claim that following the incident, debris from Roswell was flown to Wright Field in Ohio. After a few months, Wright awarded a contract to Battelle Memorial Institute to begin phase diagrams (recipes) for combining Nickel with ultra-high-purity Titanium, which is necessary to produce memory metal. General Arthur Exon, who flew over the accident site in 1947 and was Base Commander at Wright Patterson in the 1960s, spoke to researcher Kevin Randle on tape.

He claimed that he was under the impression that some of the wreckage being analyzed included “specially treated” Titanium.

In September 1947, two months after the Roswell disaster, General George Shulgen of Air Intelligence described the flying saucers’ “materials of construction” as potentially being composed of “composite or sandwich construction employing different combinations of metal and polymers.” Some of the wreckage from the Roswell crash was claimed to have a metal-plastic look and properties. Researchers discovered DIA-sponsored studies that suggest a highly manufactured substance dubbed “metamaterial” made of “composite media.” Metal and polymers can be placed on top of the metamaterial.

The possible use of some of the elements in “advanced aerospace platforms” is mentioned throughout the FOIA papers acquired. The required material qualities, such as being very lightweight and durable, are mentioned, as are the characteristics of the debris recovered during the Roswell accident.

As noted by General Exon, the intelligence and technical divisions of the Air Materiel Command (AMC) at Wright-Patterson were no doubt perplexed but also fascinated by the characteristics of so-called memory metal after analyzing the Roswell debris for several months after it was handed to them from Roswell. After determining that titanium was one of the component parts of memory metal, AMC hired Battelle to further research and experiment with the unusual substance in the hopes of reproducing it.

Shape recovery needed pure titanium and nickel, as well as high heat. In the 1950s, AMC covertly shared sections of Battelle’s Second Progress Report with different other laboratories around the country, including the Naval Ordnance Lab, in order to continue the quest for the ideal titanium alloy for memory metal. The Naval Ordnance Lab reported the development of the shape-recovery alloy Nitinol in 1962! It was made of nickel and titanium, and while it wasn’t as excellent as the genuine thing, it was still the greatest morphing metal in our collection. It is crucial to remember that there are no records of titanium alloy experiments done before 1947, prior to Roswell.

Dr. Fred Wang, previously of the Naval Ordnance Lab, was one of the Nitinol’s inventors, and researcher Anthony Bragalia had a phone conversation with him in 2010. Wang affirmed his participation in the research and had no issue answering basic questions about it, but when pressed about certain aspects of Nitinol development, Wang got “cagey,” according to Bragalia. Dr. Wang, for example, was involved in strange “mind over matter” studies in the early 1970s in which psychic Uri Geller was hired to try to bend or morph Nitinol with his mind. Geller was apparently effective to some extent, but Wang was not thrilled to acknowledge that he had observed the test.

The other co-inventor of Nitinol was a man named William Buehler. Years later, in an approved oral history, Buehler complained that following his discovery, Battelle reclaimed the project from the NOL and kept it when NASA hired Battelle to “conduct further characterization studies” on Nitinol. No doubt, NASA scientists were aware of Battelle’s early involvement in the research of morphing metals, and they had most likely read the two progress reports to Wright-Patterson published in the late 1940s in the aftermath of the Roswell disaster. Nitinol had completed its round.

It’s unknown how much of this material was made available to Congress in the classified section of the DNI report on the unexplained aerial phenomena. It’s not difficult to assume that it was discussed, given that the material has been disseminated in a methodical manner to the general public. The New York Times initially reported in 2019 that members of Congress were informed on off-world vehicle rescue and re-engineering operations.

Former Deputy Assistant Secretary of Defense for Intelligence, Christopher Mellon, has stated that sources he trusts inside the United States Government think Roswell was a true occurrence involving an ET vehicle crash. Perhaps the DIA sharing this information is part of the general public’s acclimatization process.

I am a United States citizen. I am willing to pay for any associated costs in fulfillment of this Freedom of Information Act Request.

Reading this letter, it seems to me that the author is seeking information about UFOs, that may be residue, shot-off material, or crashed material. He is implying that those materials are stored in warehouses in Los Vegas, Nevada. Mr. Bragaglia is reinforcing this point by including Senator Harry Reid and Luis Elizondo.

An assertion as resounding as this one merits a lot of cross-checking, and so far I feel like we are on the right track.

Anthony Bragaglia completes his submission by naming the mediums and forms of information he is able to consider as part of this FOIA request.

It’s important to note that this request was sent on December 26th, 2017.

After 3 years and 13 days, Mr. Bragaglia received a response from the Office of Government Information Services, National Archives and Records Administration. “This responds to your Freedom of Information Act (FOIA) request, dated December 27, 2017, that you submitted to the Defense Intelligence Agency (DIA) for information concerning UAP material from Bigelow Aerospace.

A search of DIA’s systems of records located five documents (154 pages) responsive to your request.

Bigelow was awarded a contract under the auspices of an official government UFO report (the nature of which was disclosed by The New York Times in 2017 and which ran for several years under various names) to construct “specialized adapted laboratories” to store the material for research. The Advanced Aerospace Threat Identification Program was the name given to the DOD/Pentagon UFO investigation effort (AATIP). It operated for several years (under several names, including AAWSA) and, according to reliable sources, continues to operate under a different name to this day.