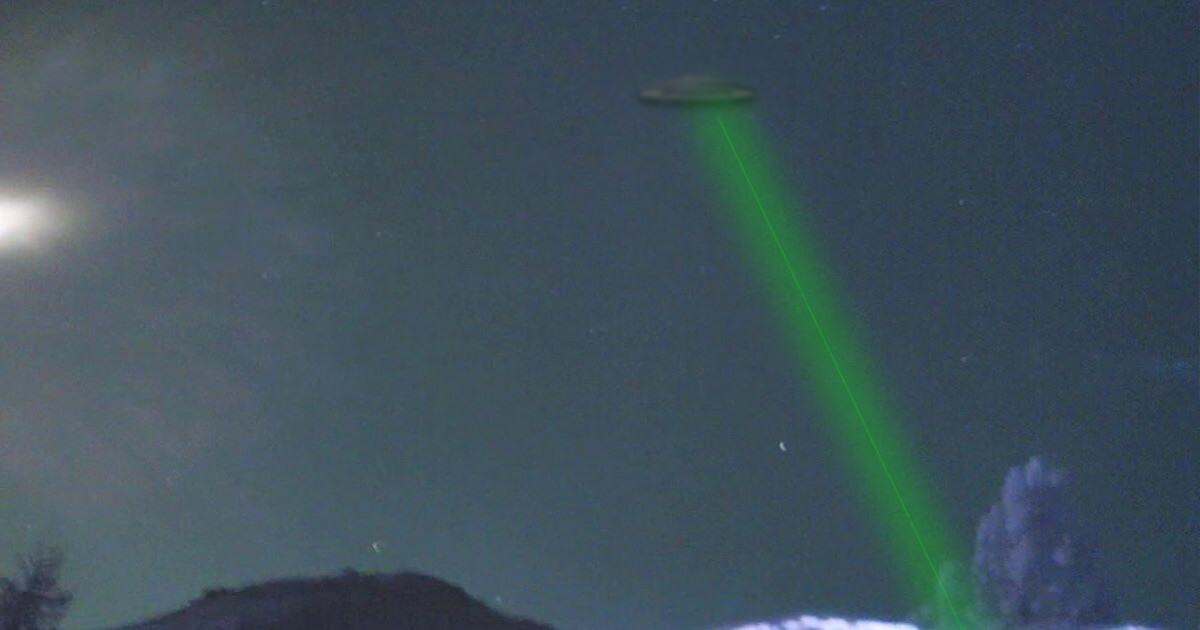 This following UFO was caught on camera by a random onlooker and as you can clearly tell from the video it appears as though it sensed the laser as a threat and immediately started performing evasive maneuvers so as to make sure that it doesn’t get hit.

The person that spotted the incident himself stated that this is similar to how modern automated cars tend to push the breaks as you are about to hit into a wall which proves that this in itself was an automated response which could only be the result of a complex machine. It most likely perceived the laser as a threat which is why it began trying to evade it the next couple of seconds and although plenty of people stated that this was all just a result of a trick of the light occurring right in front of our eyes a lot of people also believed that this was real after all.

The way it reacts moves and effectively derails off its path for the sake of evading this one simple laser definitely makes it more complex than most discoveries nowadays without a doubt.

You can check out the video below for yourself and see why so many people are shocked at the discovery itself. For the most part, experts agree that this video wasn’t edited, but what do you think? Let us know right after you see it.