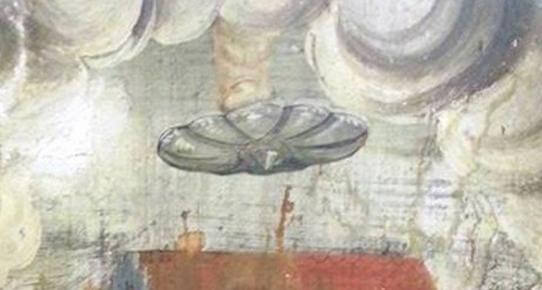 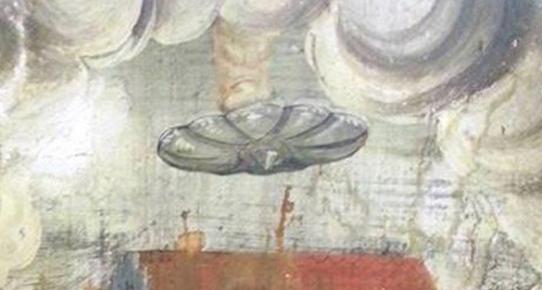 Tourists visiting an old church in the Romanian medieval town of Sighisoara will be surprised to see something that resembles an UFO painted on one of the walls.

The strange painting appears on one of the walls of the 13th century Monastery Church (Biserica Manastirii) located inside the Medieval Citadel in Sighisoara, Transylvania region.

The church, built in the 13th century, burned down in the 17th century and was then rebuilt. That is when a series of new paintings appeared in the church, including the one that depicts the strange object that looks like an UFO.

“The church is Evangelical and the image has a secondary role or is less representative. Indeed, there is a painting in the sacristy of the church with a religious scene that represents a cloud – perhaps Elijah’s assumption to Heaven – which looks like a dome, but can lead to a more modern representation that might make us think of a UFO,” said Nicolae Tescula, the manager of the History Museum in Sighisoara, cited by local Agerpres.

The painting could have been done by an artist from Sighisoara, he believes.

“Many say it’s a UFO, it looks like a UFO, it is an artist’s vision. They are like Leonardo da Vinci’s paintings, you can interpret them,” Tescula added.

The church is located in the middle of the Medieval Citadel. It had burned down twice, and that is why its interior contains an amalgam of styles.

The Monastery Church also hosts many oriental prayer rugs, this collection being the second largest in the country, after the one in Black Church in Brasov.