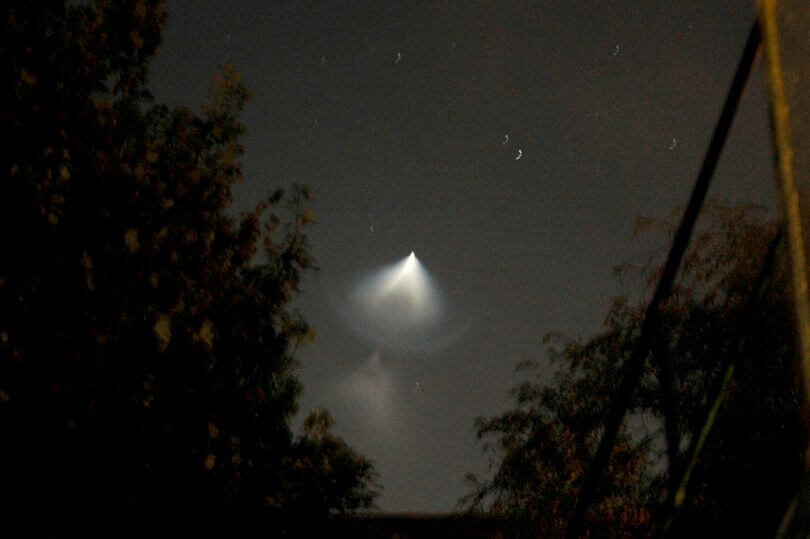 A dazzling ‘UFO‘ sighted by stargazers in Perth and Kinross has been explained by a leading space engineer.

On Monday dozens of social media posts from up and down the county emerged online with images of a bright light illuminating the night sky.

Eyewitnesses began to speculate that it could merely be a police or offshore helicopter – or even a visit by beings from another world.

“An Atlas V rocket launched from California (Vandenberg Space Force Base) to deliver the Landsat-9 spacecraft to orbit, alongside some much smaller spacecraft,” he revealed.

“The Centaur upper stage (a rocket like this is actually several rockets on top of each other, termed stages) performed a de-orbit burn over the UK just after 10pm our time.

“This is a maneuver that means the upper stage doesn’t stay in orbit, and so helps prevent build-up of space debris (littering in space) which can cause problems for other spacecraft.

“The exhaust gases from this maneuver, due to the time of day was illuminated by the sun even though it was dark on the ground which is what a lot of people seen and put photos of on social media.”

The Landsat-9 mission, where the rocket cost around $750 million, continues their mission to monitor cities, crops, forests, deserts and glaciers.

Landsat satellites have been providing vital data to the scientific community since 1972.

The Landsat-9 satellite will replace Landsat-7, which has been in orbit for 22 years, and will work alongside Landsat-8, which launched in 2013.