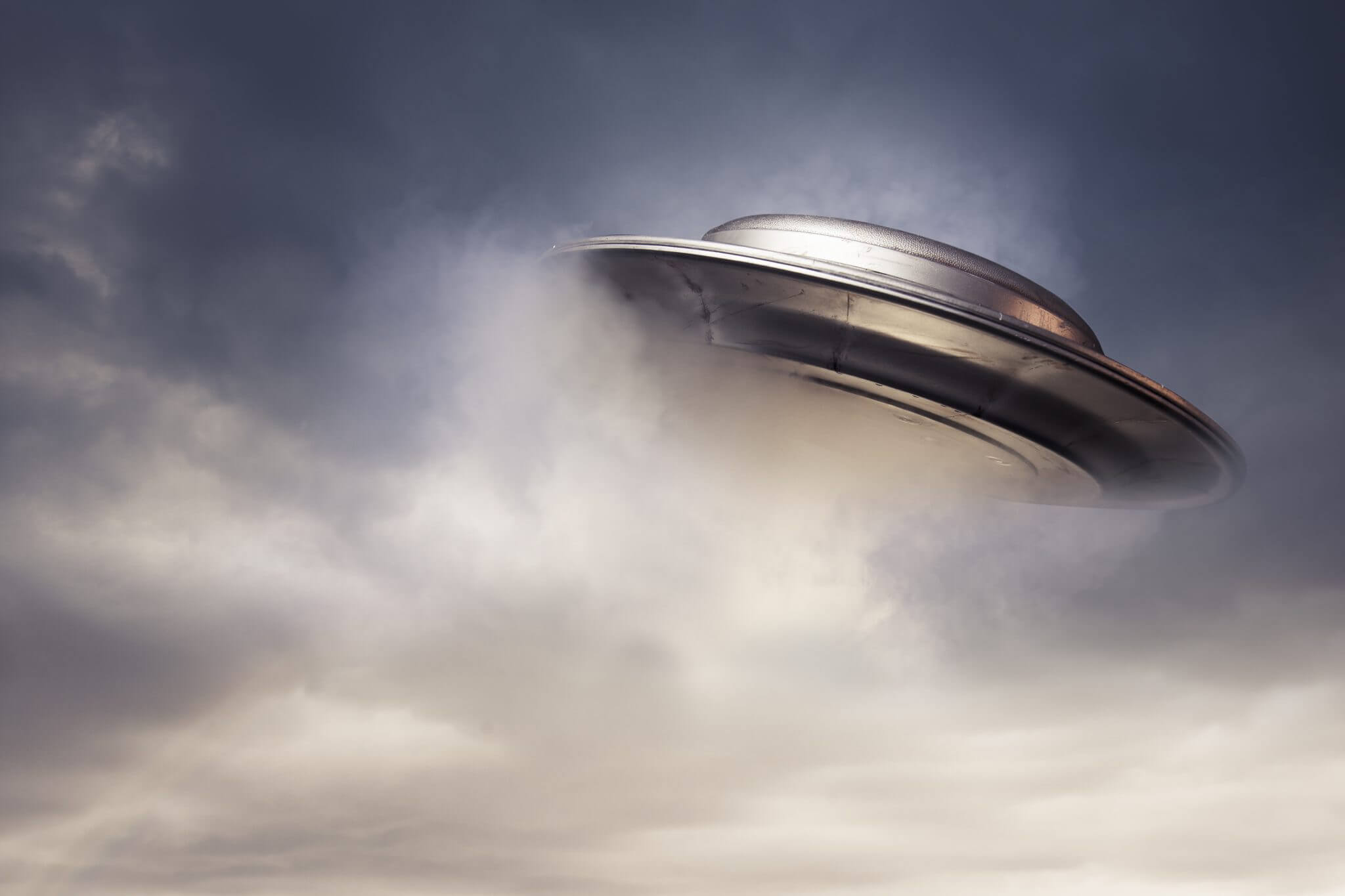 A mid-’80s outbreak of mystery craft by hundreds of people continues to defy explanation.

In the 1980s, thousands of witnesses observed an eerily silent, boomerang-shaped aircraft flying low across the Hudson Valley. Was this a genuine UFO or a cleverly executed hoax?

Between 1982 and 1986, New York’s Hudson River Valley—a place home to many well-educated, well-respected families—became ground zero for a series of extraordinary UFO sightings. It all started a few minutes before midnight on New Year’s Eve 1982, when a retired New York City police officer stepped outside his home to clean up some broken glass. Just as he was about to bend down, a bright array of lights caught his attention from above a nearby treeline. Gradually, a large, V-shaped aircraft, about the size of a football field, came into view. Slowly and silently, it crept over his house, a mere few hundred feet above the ground. Speckled along its edges were red, blue and green lights, and a bright white light beamed down from its center. He and his son followed the light as it illuminated their yard, until, eventually, the aircraft drifted from view.

The following year, an officer with the Yorktown Police Department witnessed a similar aircraft, also hovering quite low. He watched it for a few minutes until it banked, made a 45-degree turn and quickly sped off into the horizon. He put a call in to Stewart Air Force Base in Newburgh to see if one of its C-5 transport planes had been airborne that night. None had. It was soon seen again, this time hovering over a long stretch of New York’s Taconic Parkway. Dozens stopped to watch the bizarre phenomenon, backing traffic up for miles. Witnesses said it looked like a giant floating city. Again, a white light was observed beaming down from its center. The silence of the aircraft was unsettling, and the slowness with which it crept, a mere 3-5 mph, was quite stunning.

Over the years, the number of witnesses piled into the thousands. On some nights, calls to 911 were so frequent that the lines became jammed. What was happening in Hudson Valley? Were these genuine UFO sightings, or was someone perhaps having just a bit of fun?

According to a New York Times article published Aug. 25, 1984, officials at the time claimed the “UFO” was simply a cleverly executed hoax. To them, the only thing unidentified about the flying object was the culprit behind it, alleging it was formed by five to six pilots flying in tight formation. One officer claims to have followed the V-shaped lights to the Stormville Airport. There, he says, he observed a group of small, single-engine planes flying in close formation with their undersides painted black, perhaps to keep them from being visible from the ground. The aircraft were rigged with bright lights of alternating colors.

On another night, a pilot in the area claimed to have followed the lights to the parking area of Sky Acres Airport. When he exited his vehicle, he said that he could hear their engines as well as the voices of pilots shouting back and forth to each other. When he looked up, he saw a large group of ultralights in tight formation, with a single light hanging below each. This, he claims, was the real “UFO.”

Another pilot, this one with thousands of flight hours and plenty of formation experience in high-performance jets, called the hoax explanation pure garbage. He, too, witnessed the UFO and claims there was no way ultralight pilots could have maintained their positions relative to each other in the way he observed, nor could they have remained in the sky at such slow speeds. A group of ultralights would have likely sounded like a sea of lawnmowers buzzing through the sky, yet the silence he heard was deafening. Additionally, the aircraft’s structure was clearly visible, appearing as a single, metallic mass. This, he and thousands of others say, was a genuine UFO.

“I saw something strange in the sky, but it wasn’t the same thing I saw a week before.”

According to another witness, what he observed one night was quite different from what he observed a week later. On the first night, he watched as a single, rigid entity moved low and slow above him, while on the second night what he saw was quite obviously multiple aircraft attempting to move in unison. Others agreed. Many of the witnesses claimed that the earlier sightings were, without a doubt, a single UFO, while the latter were quite obviously a group of pilots trying to pull a prank.

If there’s one thing the U.S. Air Force loves doing, it’s building really cool triangles that fly—the eerily silent B-2 Spirit stealth bomber, the subsonic TR-3A Black Manta spy plane, the F-117 Nighthawk stealth attack aircraft, to name a few. Perhaps this “UFO” was one of their super-secret flying triangles? While anything is possible, of course, it just seems a bit not-so-secrety to test fly such an aircraft where thousands could so easily witness it. It also seems a bit counter-productive to cover it in a sea of bright lights. And, to state the obvious, one of them can hover.

In 1992, “Unsolved Mysteries” covered the Hudson Valley UFO story. This led to a group of pilots attempting to claim responsibility. When Robert Stack’s team reached out for them to recreate the flight, however, the pilots went off radar. Without having witnessed the so-called UFO in person, anyone could easily write it off as a hoax—one likely involving multiple groups of pilots, some better at pulling the stunt off than others. But because of the fact that so many credible witnesses are so passionately adamant that what they observed was a single, visible structure, the door to this mystery must remain ajar. Maybe, just maybe, what Hudson Valley experienced wasn’t only a hoax but a genuine UFO.

Then the question becomes, where did it come from?