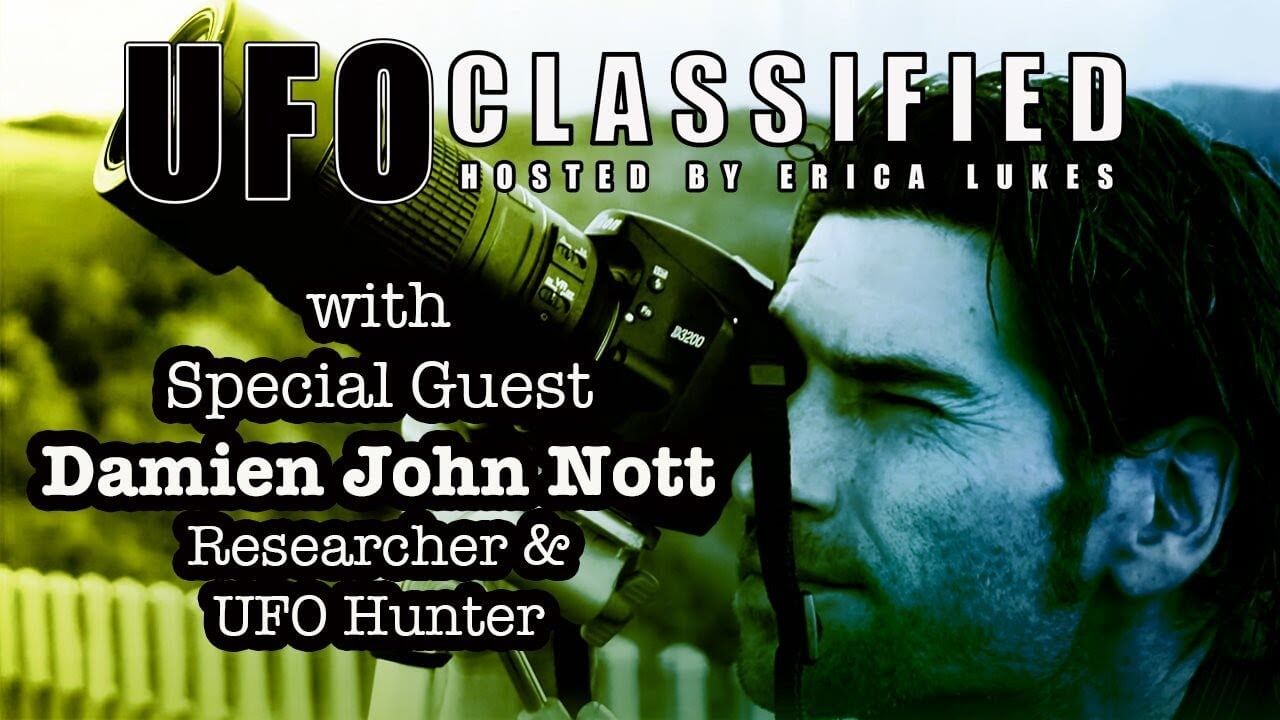 UFO Classified with Erica Lukes
Damien John Nott witnessed his first UFO sighting at the age of 9 years old. He has since become an independent investigator and photographer of the phenomenon. He has collected an enormous amount of evidence including film and photograph footage of multiple sightings he has witnessed over the course of his life. By trade, Damien is a photographer, and building rectification and modification specialist. In 2012, Damien went public with his experience with the phenomenon and founded the Australian Aerial Phenomena Investigations (A.A.P.I.) His story has appeared in multiple magazines around the world, as well as in television interviews. He has appeared in a number of documentaries including Australian Skies, and has produced the Fractured Realities documentary series. Through his work and experiences, Damien has contributed to various book and Internet publications, local and overseas TV programs such as Ancient Aliens on History Channel, Netflix and Amazon Prime. He has also been the subject of various documentaries and has directed and produced his own. Damien conducts presentations and conferences offering a visual extrapolation of his remarkable and enigmatic captures in Australia. Damien is currently working on a book yet to be released which will be an in-depth analysis of his research to date. A separate book on his life experiences is also currently in progress.