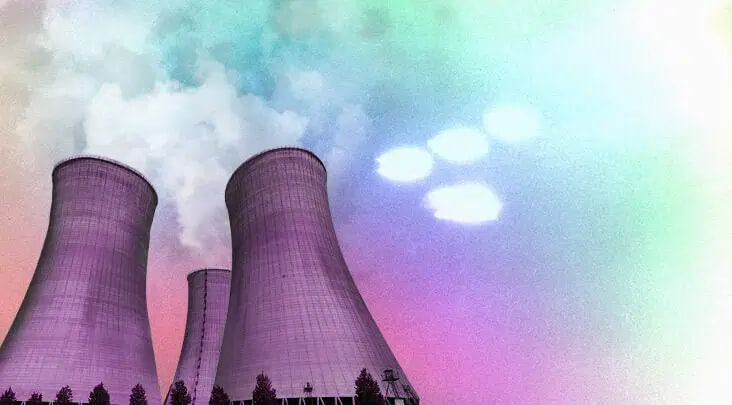 Washington Post Live
Luis Elizondo said UAPs have been observed at U.S. nuclear sites as well as at sites all over the globe. “There does seem to be some sort of congruency or some sort of intersection between these UAP or UFO sightings and our nuclear technology, whether it’s nuclear propulsion, nuclear power and generation, or nuclear weapons systems. Furthermore, those same observations have been made overseas in other countries. They too have had the same incidents, so that tells us this a global issue. Now in this country, we’ve had incidents where these UAPs have interfered and actually brought offline our nuclear capabilities.”

In the field of Ufology, it is widely known that UFO sightings rapidly increased since the end of World War II, when two atomic bombs exploded over Japan. Could this be a techno signature that attracted the attention of other species that were monitoring our world? is it possible that UFOs Interfere with our nuclear arsenal?

At least that can be deduced – in part – if we consider the numerous UFO sightings that occurred over secret nuclear weapons facilities. In fact, almost every major nuclear power plant in the world has reported and declassified such close encounters ( France, for example ).

Now, Luis Elizondo, a former Pentagon official who worked in the once-secret AATIP (Advanced Aerospace Threat Identification Program) program, has spoken about it in a live interview with the Washington Post.

“That is one of the concerns we have from a national security perspective, that there seems to be some kind of congruence or some kind of intersection between these UAP or UFO sightings and our nuclear-powered technology, nuclear power generation, or nuclear power systems. of nuclear weapons. Furthermore, those same observations have been seen in other countries. They too have had the same incidents. That tells us that this is a global problem, “Elizondo said when asked about the issue.

“Now in this country we have had incidents in which these UAPs have interfered and, in fact, have disconnected our nuclear capabilities. And I think some would probably say, well that’s a sign that whatever it is, it’s kind of peaceful. But in the same context, we also have data that suggests that in other countries these things have interfered with their nuclear technology and in fact activated it, put it online. So that’s just as worrisome to me, ”he continued.

‘I think there is certainly enough data right now to show that there is an interest in our nuclear technology, a potential to even interfere with that nuclear technology. And when you look at all these naval ships, let’s take the Nimitz battle carrier fleet, for example, in some cases you’re talking about a nuclear footprint probably larger than most cities. We have nuclear-powered aircrafts carriers and then you have nuclear missiles. You have submarines with nuclear weapons on board

“So I think so, it should come as no surprise that perhaps there is a greater interest in our capabilities when it comes to our nuclear technology. And the Navy is certainly not immune to that, “Elizondo said.

Finally, the former official characterized the UFOs sighted by the military. The hypersonic speed, maneuvers, and accelerations that defy the laws of physics, camouflage (low observability), and transmedia capacity (objects are capable of flying or submerging under the ocean).

What do you guys think? Leave us your comments. Why would UFOs interfere with our nuclear arsenal?