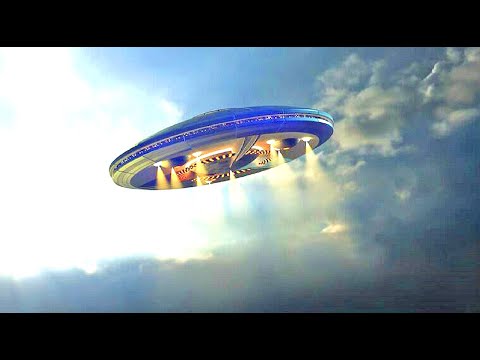 The Central Intelligence Agency (CIA) has investigated hundreds of UFO cases without disclosing the information to the public domain. The agency has been serious about UFOs since the 1940s. The CIA kept it a secret for 50 years until the 1990s after being pressurized by the Ufologists. It is marked in history that the top US officials, including Presidents Carter and Regan, claimed to have seen UFOs which added a great push into the UFO research.

During the 1940s and 1950s, the Russians and Americans were concerned about the waves of UFO sightings. The first official report of a UFO sighting in the United States came on June 24, 1947, when Kenneth Arnold saw nine UFOs while looking for a crashed plane near Mt Rainier. Still, the most shocking sighting occurred to U.S. Senator Richard B. Russell while he was traveling in Russia in 1955.

Senator Richard B. Russell was a very well-known figure in the US. He was a member of the Democratic party who served as a chairman of the Armed Services Committee during two major wars, from 1951 to 1953 and from 1955 to 1969. Under his service, he boosted the defense budget to nearly $1 billion, which made him an important asset in the US government, so when he spoke, no one dared to doubt his words.

Indeed, Senator Russell saw the flying saucers along with two other officers during his visit to Russia for an extended tour of American military facilities in Europe, a type of fact-finding mission. The details of the incident were mentioned in the documents obtained through the Freedom of Information Act (FIOA) by the Fund for UFO Research (FUFOR) under its chairman Dr. Bruce Maccabee.

On October 4, 1955, Sen. Russell was traveling in the Soviet train with his military aide Lt. Col. Hathaway and interpreter Ruben Efron in the Transcaucasia region. At around 7 o’clock in the evening, his eyes wide opened after seeing two disc-shaped objects from his window, taking off near the railway tracks. He hastily called his two companions to watch the UFO.

Hathaway saw both UFOs lifting off, while Efron missed the first one. Still, the three of them managed to see the second UFO together. During that time, the Soviet railroad employees covered the windows with drapes and ordered the American passengers to stop looking outside.

Sen. Russell and his aides reported the sighting soon after they left Russia. Their statements were taken by the US Air Force and the US intelligence in Prague. For over 30 years, the incident had been remaining confidential until 1985, when under the FOIA, the CIA, FBI, and USAF documents revealed the shocking details of the case.

Maccabee called this incident a major breakthrough that confirmed that UFOs exist. He said: “These long secret documents are of major importance because they show for the first time that one of the most powerful U.S. Senators witnessed and reported a UFO.”

Lt Col Thomas Ryan, a US military diplomat at the embassy, filed this top-secret report. According to the report, Lt. Hathaway said: “I doubt if you are going to believe this, but we all saw it. Senator Russell was the first to see this flying disc we’ve been told for years that there isn’t such a thing, but all of us saw it.”

“One disc ascended almost vertically, at a relatively slow speed, with its outer surface revolving slowly to the right, to an altitude of about 6,000 feet, where its speed then increased sharply as it headed north. The second flying disc was seen performing the same actions about one minute later. The take-off area was about 1 to -2 miles south of the rail line.”

Interestingly, Efron added that the UFOs flew without any noise, and there was no sign of exhaust glow. This incident probably shocked the CIA and other intelligence and created a doubt if Russians were behind the UFO technology. After conducting interviews with Sen. Russel and his group, the CIA concluded that their story did not support the theory that the Soviets had developed saucer-shaped UFOs. Herbert Scoville Jr., an Assistant Director of OSI, wrote that the objects observed by the trio were probably normal jet aircraft.

Wilton E. Lexow, a head of the CIA’s Applied Sciences Division, was also skeptical. He wondered why the Soviets were continuing to develop conventional-type aircraft if they had a “flying saucer.” Scoville asked Lexow to assume responsibility for fully assessing the capabilities and limitations of nonconventional aircraft and to maintain the OSI central file on the subject of UFOs.

It should be noted that the project Blue Book never received any information about the case. It shows how delicate this case was for the US government, probably due to the cold war. It was the time when the US secret services were observing Soviet aircraft. The only time when they could find the best details of Soviet warfare equipment was Russian Victory Day. But they could not detect anything described by Sen. Russell. Anyway, the tension in the US government remained about this mysterious craft. Russell returned to the US safely on October 25.

Somehow, the rumors about his UFO sighting reached the media, but he could not deliver much information to the journalists.