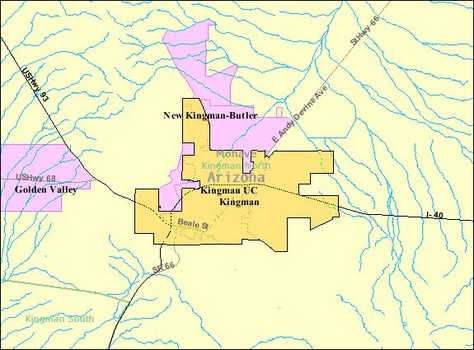 Amazing Research and determination led Harry Drew to this great discovery in Kingman, Arizona. An area where he was residing and had a lot of interest in.

More than six years of in-depth research has uncovered two “new UFO crash sites” in Kingman, AZ, that occurred over a four-day period in May 1953, according to UFO researcher Harry Drew who made the announcement Sunday, August 5, 2012, at the Mutual UFO Network (MUFON) annual symposium in Cincinnati.

This was the second anticipated “blockbuster UFO discovery” MUFON promised at its three-day conference. On Friday, August 3, Executive Director David MacDonald announced that 60 volumes of “meticulous UFO research over 30 years” by the late Ufologist Leonard H. Stringfield were donated to MUFON.

According to Drew’s web site, the researcher “uncovered evidence the Kingman UFO crash story was the blending of two separate UFO crashes that happened four days apart near Kingman, AZ, in May 1953.”

A variety of research methods were employed.

“The gathering of facts from documents, reports, maps, early and contemporary interviews, plus tiring field trips across rocky buttes and barren deserts led to pristine UFO crash sites and the discovery of physical evidence left by the military.”

“While the original research came from Arthur Stansel,” Ventre said, “Drew was able to find that it was two crashes and not one.

“The first one came down about 50 feet off of Route 129 – just west of Route 93. At that site Drew said he was digging around and he found radiation in the ground, about five times higher at that site. A little bit away – within walking distance – he found buried army relics like cans and plates and different things like that and he was able to trace one of the cans to that year – 1953 – with a lead seal on the can. It proves that the army had some sort of operation there because they buried their stuff there.”

The second craft site was described.

“Witnesses say there were four bodies, but they were human bodies – or human looking – they looked just like us. The damaged craft and two bodies, he said, were taken to Groom Lake and the other two bodies were taken to Nellis Air Force Base.”

He described the crafts themselves.

“The craft was seamless, but had some kind of seam in the middle like a clam shell,” Ventre said. “More evidence will be released. But he says there is evidence with the scar mark on top of the mountain, a depression in the ground, and then the cans and radiation in the ground. There is some witness testimony that includes an old rancher who saw it come down.”

Ventre summed up the findings.

“Drew presented the evidence with no real firm proof,” Ventre said. “But it wasn’t a Geraldo Rivera moment either. Based on the older stories of the Kingman crash, he believes he found the actual site, but not a complete set of evidence to prove it. His evidence is interesting, but circumstantial.”

Kingman is a city in and the county seat of Mohave County, AZ, population 28,068.