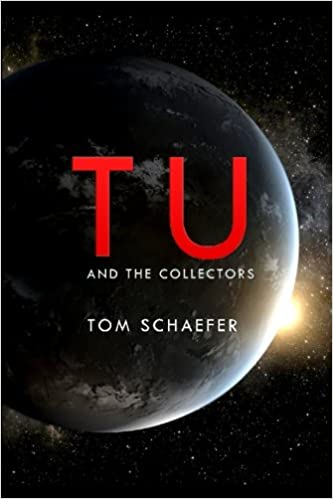 A young couple is recruited into a secret space program & black ops team called The Collectors that is being run by benevolent aliens to save mankind from itself. The Collectors program has been a long running secret space program, with ultimate goals and plans scheduled to unfold many years in the future. Certain cataclysmic events unfold that force the plan to be accelerated. The beautiful part of this story is that the entire plan does not rest on the shoulders of mankind, but on its benevolent friends, an advanced race of aliens with ties to humanity’s long distant past. They are the ancient aliens that helped to seed planet Earth thousands of years in Earth’s past. The Planet Tu – These same aliens have terraformed a planet 2500 light years from Earth that is almost 5 times the size of Earth in preparation for a mass migration of humanity from Earth. The aliens use a completely organic approach towards society and how towns, cities and urban centers are designed and interconnected. Tu is a planet with a moneyless economy, with full health and welfare of humanity as provided for by its new friends, a benevolent alien race that has known us for a very long time. Humanity is finally allowed to function in a giant social order that works for the benefit of mankind, not against it. The Collectors – The Collectors are human teams are working with the aliens to prepare this “new Earth”, for mankind’s arrival. Mankind will not just colonize Tu, but Tu becomes mankind’s new home as Earth is given an overhaul and repair from centuries of mankind’s abuse and destruction. Earth is going to be allowed to heal while mankind moves out into the stars.