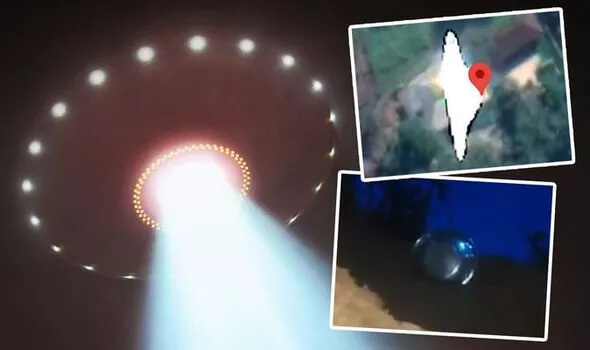 UFO sightings across Brazil went viral on social media in May this year following reports of a crashed alien spacecraft just north of Rio de Janeiro. Conspiracy theorists took to platforms like Twitter and Facebook to share footage of bizarre lights in the skies. One video, in particular, alleged to show a UFO crash site in Mage forest, along the east coast’s Guanabara Bay.

As the story gained traction, the hashtag #MageUFO began trending on Twitter.

Soon after, the hashtag seemingly disappeared and many of the shared video clips were taken down, leading people to speculate a coverup was in action.

According to the Brazilian news site UOL, local authorities and the Air Force had no record of unidentified flying objects around the time of the supposed crash.

So what exactly happened in Brazil last month and did alien UFOs really visit our planet?

According to investigators from the Mutual UFO Network (MUFON), the Brazil UFO story was a well-constructed hoax.

The MUFON team said: “The case, which has been widely circulated on social media outlets, has been determined to be nothing more than an elaborate hoax.”

MUFON is a non-profit organization tasked with collecting eyewitness accounts, videos and photos of UFO sightings.

The investigation into the Brazil UFO was led by the Brazilian Director for MUFON Ademar José Gevaerd.

The MUFON chief determined there was no factual evidence to back the UFO crash story.

Brazil UFO: Some said this Google Maps photo was proof of the UFO (Image: GOOGLE MAPS)

My team and I have intensively investigated this alleged case

He said: “My team and I have intensively investigated this alleged case and found out that it is a total hoax.

“It started with a fake audio about a supposed UFO crash published over the net, later assumed to be a fabrication by the female author.

“As time went on the story got bigger and bigger every day, with many alleged witnesses making all sorts of claims, all disconnected from each other, all exaggerated, and mostly lies.”

According to Mr Gevaerd, some people claimed to have heard “telepathic” requests for help from the downed aliens trapped inside of their spacecraft.

Others have said children were trapped inside of the UFO, or even more bizarrely, reports suggested predatory aliens that feast on humans were aboard.

The UFO crash story was also debunked by Google after conspiracy theorists shared satellite images of a white object over Mage.

A Google spokesperson told VICE: “What people are seeing in the imagery is a reflection that’s temporarily overloading the satellite’s sensor.

“Essentially, the Sun reflected off the surface of that building just at the right angle to briefly blind the satellite.

“This is a pretty common phenomenon known as saturation or blooming.”