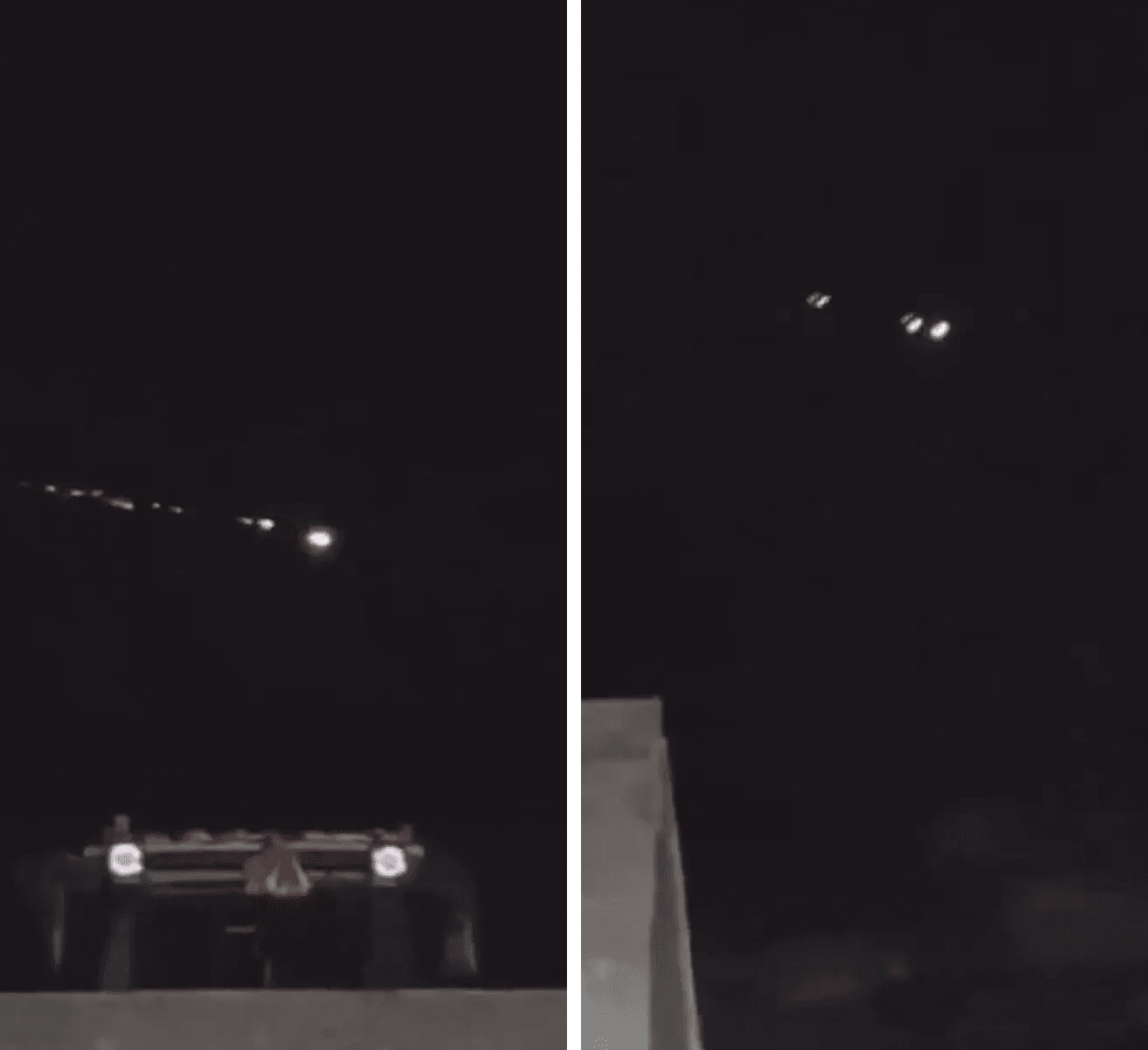 A local believes he might have recorded on video a line of UFOs descending slowly from the night sky in rural China. The footage was shot near Fujin City in the Heilongjiang Province of China at around 3 am on April 14, 2021. In the video, a bright light leading the pack descends from the sky while a string of smaller lights followed.

The witness zooms in and is surprised to notice that it doesn’t look like a single, fast-moving object, such as a meteor. Instead, he observes a slow-moving line of what he believes might be a possible alien spaceship.

The cameraman, identified as Mr Liu, said that what appears the white lights in the clip were actually colourful to the naked eye.

He added that the descending mysterious objects stayed in the sky for around 30 seconds, but he’s unsure where they landed.

Mr Liu said he initially spotted a string of firelights in the dark sky, which he thought were from a meteorite but soon realized it was colourful. The front end was relatively huge, followed by ever-decreasing lights.

He said the unidentified flying object was much slower than failing meteorites, which typically descend fast and burn up before hitting the surface.

He further observed that the line of spherical lights slowly moved at a uniform speed.