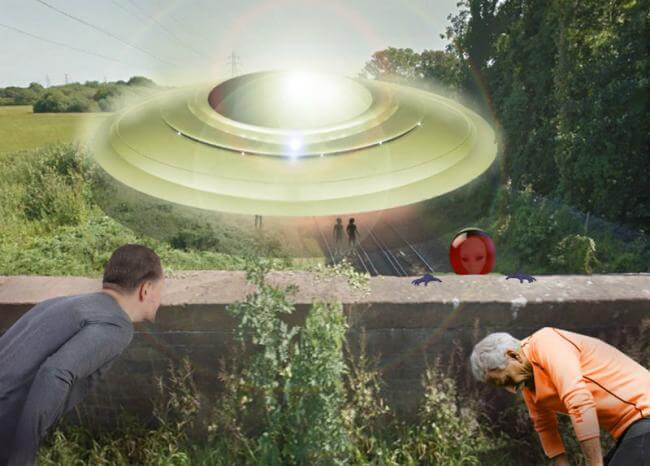 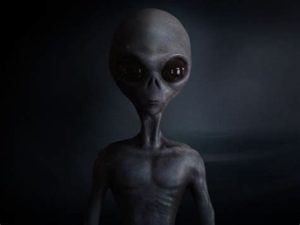 In this latest tale, Tom examines the mystery of the Capenhurst UFO ..

At the time there was a widely-reported mystery bug alert at the hospital’s geriatric ward with those infected going down with diarrhea and vomiting, and Terry was one of 40 people admitted to Arrowe Park Hospital.

He made a gradual recovery, and finding he had lost a lot of weight from the illness, the 68-year-old decided to get back in shape.

He bought weights and a mountain bike and also took to tanning himself and Terry’s 40-year-old son, Bryan, started skitting at his father’s new fitness lifestyle.

Terry told Bryan he could do with losing a bit of weight, and jokingly patted his son’s beer belly.

Bryan took the light-hearted suggestion serious and told his dad: “I’m fitter than you’ll ever be. You only lost the weight because you were ill.”

“I’m 28 years older than you and I’d still run you into the ground, lad,” Terry snapped back and told his son how he’d once played for Tranmere Rovers reserves.

Bryan challenged his father to a race – up and down Capenhurst Lane – a distance of four miles.

They would start at Chester Road near Bryan’s home and run down Capenhurst Lane to Parkgate Road, then back again.

Terry enthusiastically accepted the challenge and despite objections from his wife, the run went ahead on a sunny Sunday morning in November that year.

Under a clear blue sky, Father and son ran down the middle of Capenhurst Lane, which was devoid of any traffic at that time in the morning, and on either side of them they saw nothing but trees and hedges lining the road, fields and pylons.

Terry asked his son how his borderline asthma was and received a grunting reply of ‘Alright’ to his barbed query.

They had just covered 700 yards when the two men reached the section of Capenhurst Lane that crosses the railway, and Terry slowed down and came to a halt.

“Knackered already are you?” Bryan asked, then saw why his father had stopped; he was looking at something which gave Bryan quite a shock.

A large circular craft of some sort – at least a hundred feet in diameter – was hovering over the railway track, about 120 yards south of Capenhurst station.

It was a classic flying saucer – lenticular, or bi-convex in shape.

Terry swore under his breath as he surveyed the unearthly craft, which was a pale metallic lime color.

It was surrounded by a ring of multicolored light like two rainbows joined into a circle, and as the two astounded men looked on, they saw three figures walking underneath the levitating vessel.

The figures looked small with slightly oversized heads and were silhouetted by a pale pink glare of light behind them, coming from the underside of the huge UFO.

One of the figures stepped into the sunlight and Bryan could see the helmet the entity wore, glinting.

The face in the visor of the helmet looked grey with huge eyes, and those eyes were looking up at Bryan and his father.

“Get down!” Terry told his son, and he ducked and knelt down, but Bryan continued to peep at the UFO and its occupants over the parapet of the bridge.

“Get down!” Terry whispered, and this time his son did as he said.

“That’s a UFO”, Bryan said to his father in an excited tone, “someone else must have seen it, it’s huge!”

“Keep down and go back the way we came, come on” Terry suggested, and he moved along in a crouched position, his hands touching the roadway.

Bryan’s curiosity got the better of him and he peeped over the capstones of the bridge’s parapet – and came face to face with something that was not of this world.

It was a figure, the size of a child, had apparently floated up to the bridge and was peering at the men through a helmet that resembled a red-tinted goldfish bowl.

Bryan let out a string of expletives and his father turned round reflexively to see what he was shouting about, and he too saw the helmeted thing peeping over the wall at them.

The two men straightened up and ran off, but they both experienced excruciating pain in their testicles which forced them to slow down, then stop.

Father and son looked back and saw three helmeted beings standing on the wall, and the smaller one with the red tinted helmet that had first noticed them.

A car was coming down Capenhurst Road, and Bryan waved frantically at it, but the car suddenly stopped.

The driver of the Ford Corsa sat in his car as Bryan and his dad fell to their knees in agony.

The driver then got out of his car and lifted the bonnet up, as if he had engine trouble.

At this point, Terry told his son that the figures on the bridge had gone.

The two men ran to the driver of the car and told him about the UFO, and the driver said his car had stalled for no reason.

All three men then saw the UFO fly silently over Capenhurst Lane and vanish into the blue sky.

The Corsa’s engine came back to life.

Terry and his son believe they came very close to being abducted that morning.