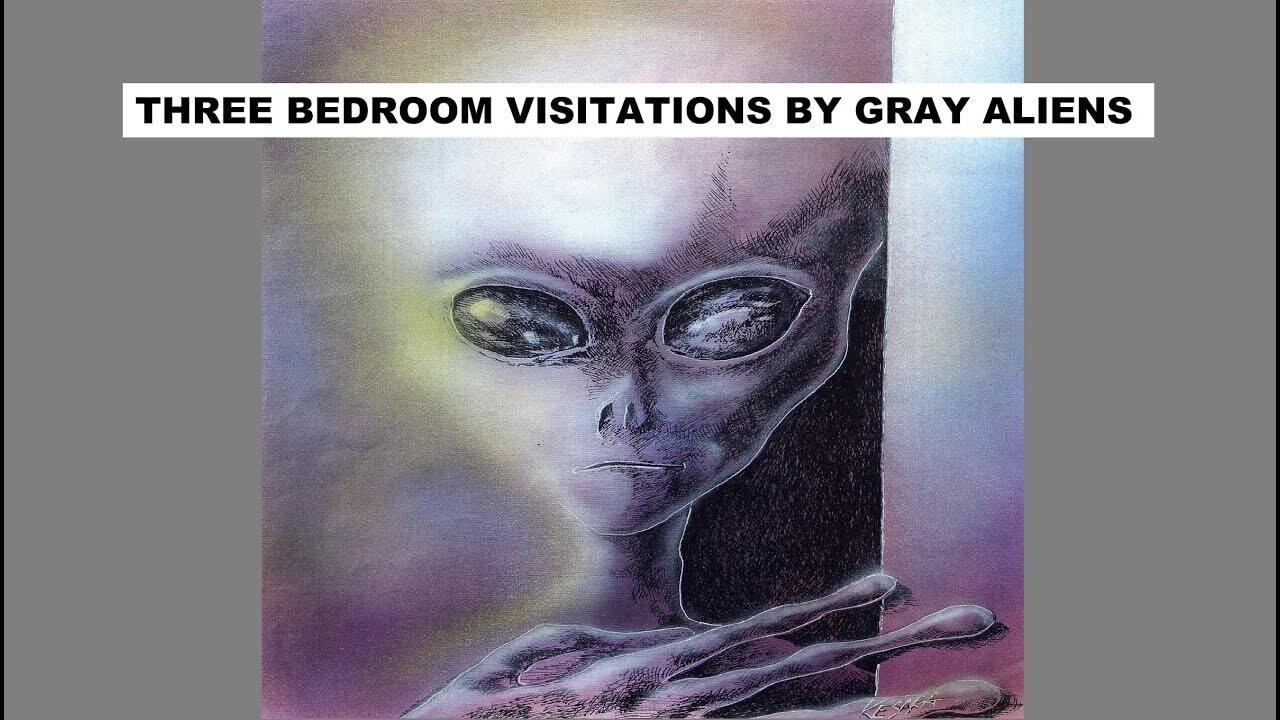 Preston Dennett
Where is the most likely place to see an extraterrestrial? As strange as it may sound, one of the most commonly reported encounters is known as a “bedroom visitation.” In case after case, people report waking up at night to find gray aliens in their bedroom. For many witnesses, a bedroom visitation is the experience that wakes them up to the realization that they are having lifelong encounters with extraterrestrials. This video presents three different cases of people who experienced a bedroom visitation by gray aliens. Each is unique, not only in content, but in how the witnesses react. CASE ONE “Connie” is visited in her third story apartment bedroom in Washington State by silver-suited grays, causing a huge transformation, physically, mentally and spiritually. CASE TWO: “Madison” had seen UFOs before, but had no idea that she was in actual contact until she was visited by grays in the bedroom of her apartment in White Plains, New York. Only then did she examine her past and realize that she had been having contact her entire life. CASE THREE “Evelyn” had never thought much about UFOs until she woke up in her bedroom to see several grays who told her that they were on a mission. Evelyn felt no fear, and would later have more encounters during which she received urgent messages for all humankind. Bedroom visitations are far more common than most people realize. It doesn’t matter if you live in the country or in the heart of a crowded city, the ETs can find you. These three cases have volumes to reveal about the ET agenda, what it’s like to have a bedroom visitation, and the incredible after-effects of contact.