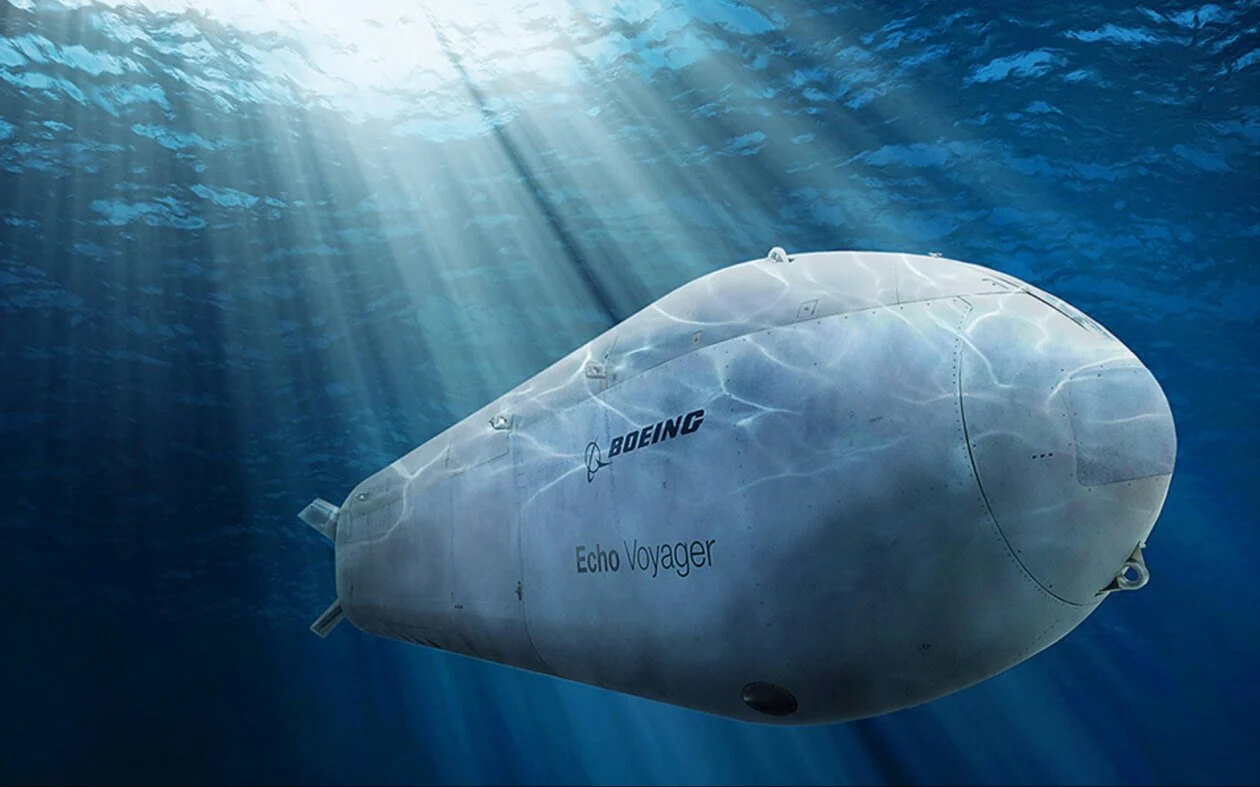 Here’s What You Need to Know: The U.S. Navy has an ambitious vision for future warfare.

The unarmed robot submarines visibly had communication masts and sonar juncture suggestive of their intended role as tireless underwater surveillance systems intended to report on the movements of warships and submarines of other navies in the Pacific and Indian Oceans.

While the United States may not be the first to operationally drone a Large Diameter Unmanned Underwater Vehicle (LDUUV), it is not far behind with a slightly smaller sub Extra Large UUV. In February 2019, the Navy awarded Boeing a $274.4 million contract to build four (later increased to five) Orca autonomous vehicles, beating out a more elongated and cylindrical design proposed by Lockheed Martin.

And the publicly available details on the Orca suggest it could prove a highly-capable platform that—unusually for new weapons technologies—is notably cheap.

There aren’t too many specifications available on the Orca, but that’s not the case for the craft the Orca is derived from—Boeing’s Echo Voyager, which began testing in 2017. The Orca, like Voyager, will remain small enough to lower into the water at a pier, rather than requiring maintenance and replenishment in the water.

The 50-ton Voyager was developed by Boeing’s PhantomWorks division, which is devoted to advanced new technologies, succeeding a series of smaller Echo Seeker and Echo Ranger UUVs. The 15.5-meter long Echo Voyager has a range of nearly 7,500 miles. It has also deployed at sea up to three months in a test, and theoretically could last as long as six months.

Supposedly, Voyager also can dive as deep as 3,350 meters—while few military submarines are (officially) certified for dives below 500 meters.

On the other hand, Echo Voyager is no speedster with a maximum speed of 9 miles per hour, and a sustainable cruising speed of just 3 mph. It relies on a diesel-electric propulsion system. That means when the submarine begins to exhaust its lithium-ion batteries—which should occur roughly every two days at cruising speed—it rises near the surface and raises a snorkel to suck in air which can then be consumed by a diesel engine which recharges the batteries, drawing from a 1,000-gallon fuel supply.

For navigation, Voyager relies primarily on depth sensors and gyrometric inertial navigation system. However, when near the surface it can also raise a satellite mast to acquire more precise GPS coordinates.

Concept images of the Orca itself reveal that it appears very similar to Voyager except that it has a shrouded pump jet propulsor rather than a Voyager’s conventional propeller. That suggests the Orca will be quieter and possibly faster than its progenitor.

Before the Navy began work on developing operational capabilities, it wanted its prototype to have achieved certain baseline characteristics: long endurance and power management, navigation and sensors for situational awareness, payload capacity, and above all, autonomy.

You’ve probably seen earlier remote-controlled scientific UUVs while watching marine life documentaries. But such unmanned vehicles needed to remain tethered to a ship on the surface so to maintain their control link and transmit video feeds back to their operators.

Unlike the Predator and Reaper drones, the long-range Orca submarine would by necessity be a truly autonomous system, meaning that while it would follow certain pre-programmed instructions, its artificial intelligence would be actively making decisions without human input.

That’s by necessity, as it’s very difficult to maintain quality communications links through water. The Orcas may be programmed to rise close to the surface—either periodically or in response to certain trigger-conditions—to transmit updates, and receive new instructions from home base. But it couldn’t do that very long, or too frequently, if it wanted to remain undetected.

That means the Orca would have to be programmed to make its own decisions. Some of those decisions might be as innocuous (and necessary) as maneuvering to avoid collision with a ships or the sea floor.

But for a combat-equipped Orca, those decisions would be as momentous as attempting to identify whether a sonar contact is friendly or hostile, and whether to engage it with weapons.

Still drone submarines are far from exhibiting the performance to “chase” enemy vessels—but they could conceivably be discretely prepositioned to ambush hostile ships and submarines.

A Submarine Drone for All Seasons

The Orca is meant to be a modular vehicle with capability-sets plugged into it according to operational needs.

A developmental planning chart from a Navy presentation reveals an extremely ambitious vision for the Navy’s new XLUUV. Initially, it is intended to integrate surveillance sensors and mine-laying capability—and foremost be used as a test bed to develop a Concept of Operations of how to routinely operate drone submarines.

But in later phases, the Orca XLUUV could evolve to carry mine-clearing devices, surveillance sensors, and even electronic warfare systems that track and disrupt enemy sensors and communications—though that would likely require operating close to the surface.

Submarine expert H.I. Sutton wrote on his website that the Navy’s future combat XLUUVs may feature “up to twelve heavyweight [533-millimeter] tubes,” based on a Navy presentation appearing to show belly-mounted by with twelve downward-firing tubes. The Orca may also be able to mount weapons or support systems externally.

Sutton also speculates U.S. XLUUVs might have a role hunting down Russia’s forthcoming Poseidon intercontinental nuclear torpedoes—which could prove too fast and/or deep diving to easily intercept with manned submarines.

Whither the manned submarine?

The Navy’s Virginia-class attack submarines cost $2 to 2.4 billion—and the Navy’s successor to the Virginia will surely cost even more. The basic Orca is said to cost $43 million, though its price would surely rise substantially if outfitted with sensors and weapons.

Still, the Navy could theoretically procure many armed Orcas for the price of a single Virginia. And then it wouldn’t have to spend hundreds of millions of dollars over the years to train and sustain large crews to operate onboard those Orcas.

Of course a manned, nuclear-powered attack submarine is overall more capable (faster, stealthier due to not having to recharge batteries, can carry more weapons, etc.), has more context-sensitive human brains helming it, and can perform missions like deploying special operations forces that a drone submarine cannot.

But for very dangerous—or even very lengthy and boring missions—drone submarines could prove an attractive alternative.

The Orca isn’t the only robot submarine in the work. A “fatter” Large Diameter UUV like the Chinese HSU-001, designed to be launched from surface warships or Virginia-class submarines, is also under development. The LDUUV would surveil and possibly hunt enemy forces within a closer radius to its mothership.

Sébastien Roblin holds a master’s degree in conflict resolution from Georgetown University and served as a university instructor for the Peace Corps in China. He has also worked in education, editing, and refugee resettlement in France and the United States. He currently writes on security and military history for War Is Boring.

This article first appeared in 2019.