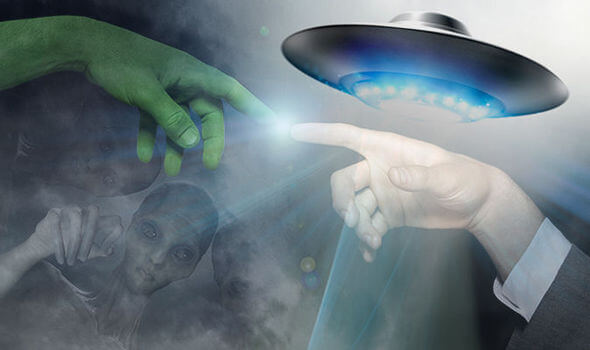 Miguel Mendonça claims he has spoken with aliens after researching the abduction myth.

Miguel Mendonça, 43, published his first book about the extraterrestrial phenomenon – Meet the Hybrids – in 2015.

It told the stories of eight people who claim that they are hybrids between humans and aliens after their mothers were allegedly abducted and implanted with alien DNA during pregnancy.

Mr Mendonça, a former green energy expert who helped shape UK renewable power policies, went on to produce two volumes of his second alien-related work – We Are the Disclosure Part I and Part II – based on interviews with leading ufologists and “truth” campaigners the following year.

But, in his most recent work – Being with the Beings – a compendium of interviews with nine so-called alien contactees, published this year, Mr Mendonça describes his own alleged contact with aliens.

Mr Mendonça is convinced that the people he has interviewed are alien contacts, hybrids and even extraterrestrials themselves.

Skeptics however, argue there is no real evidence for anyone being abducted by an alien or for alien-human hybrids to exist.

They say the accounts from alleged experiencers are remarkably similar because they get repeated and then picked up online, and the growth of social media has led to more and more people making such claims.