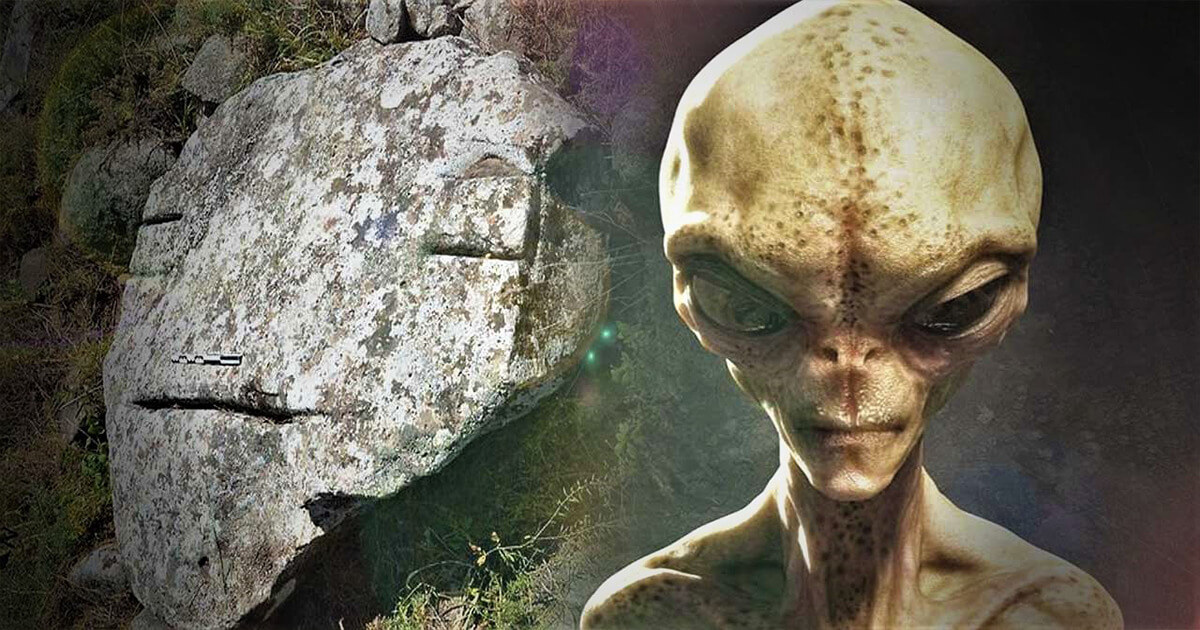 This new discovery comes to us all the way from Israel, having been scattered all across the Golan and Galilee areas. It dates back to well over 4,200 years ago, and according to the main researcher here, Gonen Sharon, these ancient burial sites are so old that we have no idea who might have built them or when exactly.

But what we do know is that this is by far one of the oldest examples of zoomorphic rock art in the area. But that’s not all that Sharon came across here. As you might have guessed by now, this strange alien-like face was spotted on the outside of a cornerstone, in the center of a circle of smaller rocks.

The whole carving is extremely detailed, to say the least, and according to most experts, it appears to depict a human face of some kind.

We can see the two eyes and of course, the mouth, and although this is all still just speculations, many believe it could be proof of alien all along. Nothing of this kind has ever been discovered before, especially considering the age of the carving.

There are plenty of carvings in this area because of how rich in history it truly is, but this is still the first human face to have ever been spotted here, to say the least.

Many believe that this is the result of an ancient cult and that this is all just the carving of their deity all along. What do you think though?