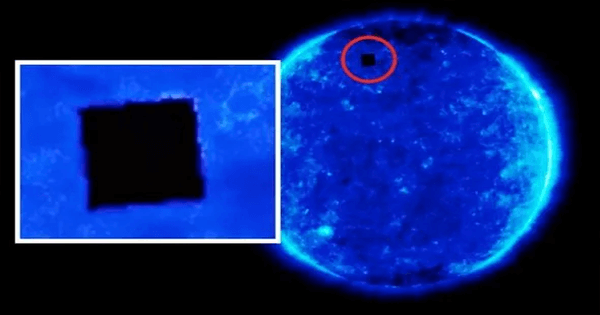 By studying the new pictures released by NASA themselves it appears as though UFO hunters have recently come across what appears to be a new alien cube UFO orbiting the Sun and attempting to power itself off of it.

Twitter has been blowing up with recent pictures and newfound footage of this alien cube as it appears to be a sort of a cuboid tower, as many have mentioned it as online, that is clearly orbiting around the Sun for too long. Many also believed it to be a demon space ship of some sort.

The picture was originally taken by NASA’s own Solar and Heliospheric Observatory spacecraft as it appears to depict a whole other story from the one that NASA’s trying to portray for the longest of times now. Scott C. Waring has been talking about this for the longest time now, as he uploaded the pictures of the black cube on his own personal blog UFO Sightings Daily all the way back in 2016.

This could also be yet another case of NASA trying to cover it all up for the sake of protecting this alien race all along. We cannot tell you for sure what it is, although Mr. Waring himself gave us an official nickname of it, calling it the “alien borg cube”.