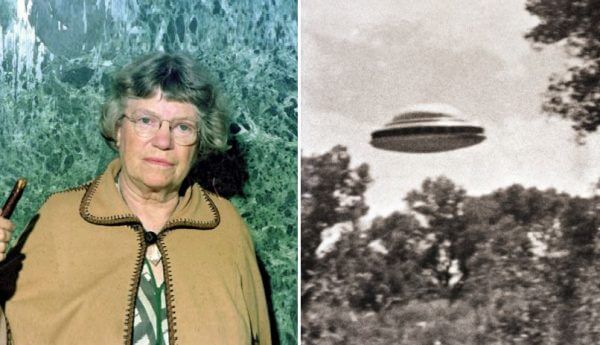 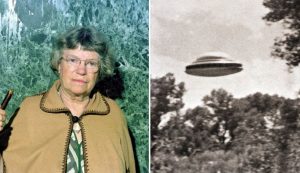 What are there these mysterious objects that constantly cruise through our atmosphere performing maneuvers that no known man made piece of machinery can perform? Who are they?

Many people have been asking this question for centuries. UFOs have been documented for what seems to be thousands of years.

Interesting interpretations can be found in ancient texts like the Mahabharata all the way to the present day.

For example, during the year 1211, Gervase of Tilbury, a chronicler of historical events and strange, unexplainable phenomenon, documented what appears to be a possible encounter with ‘people’ from ‘elsewhere’ who emerged from ships in the sky.

A 9th century document titled Liber contra insulam vulgi opinionem states that the the Archbishop of Lyons complained about a persistent belief among the French peasantry regarding a “certain region called Magonia from “whence come ships in the clouds.”

Another event from antiquity that seems to be popular among UFO researchers comes from Nuremberg, Germany, an event documented in the printing press that took place in 1561.

On that day, a number of “cylindrical objects” appeared in the sky. Then, from the objects emerged small round objects, and disk shaped objects that were red, black orange and blue.

There are countless examples, all the way up to modern day video footage, pictures, debris and material from these objects, high ranking witness testimony and more.

The question today is not whether UFOs exist, it’s what are they.

As I’ve said in many of my previous articles on the subject, UFOs were once a “conspiracy theory” despite the fact that a wealth of evidence existed hinting to their reality.

I believe there is a wealth of evidence existing showing that some of these objects are indeed not made by life on Earth, at least life that we know of.

Margaret Mead seemed to have felt the same way. For those of you who don’t know, she was a legendary world renowned anthropologist.

Many probably don’t know that she seemed to be a student of the phenomenon and was well aware of the reality of UFOs and believed in the extraterrestrial hypothesis.

“There are unidentified flying objects. That is, there are a hard core of cases – perhaps 20 to 30 percent in different studies – for which there is no explanation…We can only imagine what purpose lies behind the activities of these quiet, harmlessly cruising objects that time and again approach the earth.

This quote clear implies she believed that there was a conscious observer involved with the phenomenon.

When asked if she “believed” in UFOs, she is also quoted as saying:

“We should not bracket UFOs with angels, archangels, devils and demons. But this is just what we’re doing when we ask whether people believe in UFOs; as if their existence were an article of faith.

“Do people believe in the sun or the moon, or the changing seasons, or the chairs they’re sitting on? When we want to understand something strange, something previously unknown to anyone, we have to begin with an entirely different set of questions.

“What is it? How does it work?

“Are their recurrent regularities? Beginning in this way, with an open mind, people can take a hard look at all the evidence.“

Many people have looked at the “evidence” when it comes to the extraterrestrial hypothesis, the idea that these objects, or at least some of them, are extraterrestrial in origin. Mead was certainly one of them.