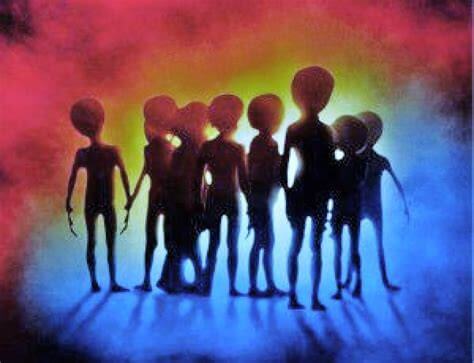 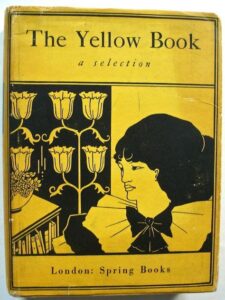 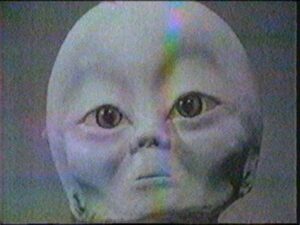 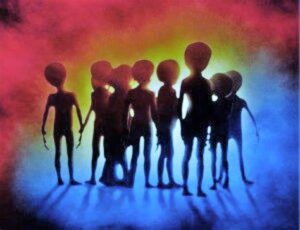 Note: Many of the items in “Carter Brief” reportedly came from the “Yellow Book.”

The Yellow Book was said to be written in the years 1972-1973 by EBE-2 (female) who is reportedly the “Alien” Ambassador to the United States: (See also purported CIA Mj-12 memo related to EBE-2). There are three copies of the Yellow Book, one is kept by EBE-2 and the other two are kept in a “Vault” near the Mall in Washington DC. On the floor of one of the main entries to this building that has this “Vault” is a board game called “King’s Table.” Perhaps more on this later…

The Yellow Book is said to be a sort of holographic compact disk, which can project images of the information it contains. It is alleged to contain references to Biblical events, even including a holographic depiction of the crucifixion of Christ: And,

History of their visitations to Earth for the past 12,000 plus years. Perhaps a visit ie;

Earth is an out of the way stop in their five or more trading routes. Note: Also, there is said to be five or more groups of “Aliens” visiting Earth.

Left an observer here 2000 years ago: Observer not related to Christ according to sources: “They” may have holographic images of the crucifixion of Christ and other Biblical events. The visitors have supposedly been asking the question, “Why them” (humans) and not us to have a “Christ Savior” ??

Their own Social history and Religious beliefs. They believe in ONE GOD. But, do not accept our ideas of a Christian Trinity.

References to 1997 being the disclosure period with perhaps a lot of social upheaval and turmoil: And 1998 for geological chaos.

* 09-28-98: Comments on number 5: According to contacts the April 24th, 1997 contact and landing did occur but the location and times were changed for security reasons: On the supposed 1998 time frame for geological chaos: Well, from here it sounds like total nonsense and that 11_11 business just more nonsense. Will keep the reader updated if any more of this reported information is found not to be true.

A second reminder to the reader that this is just being reported: There is no evidence except sources to back this up at the moment.

As an additional note: There is a recently published a new book entitled: “His Holiness: John Paul ll and the Hidden History of Our Time.” While covering extensively the reported connection between then-President Reagan, the CIA and John Paul ll, etc it omits an important part of which this side was informed of: And that is, that John Paul ll and the Vatican were reportedly given a full briefing on our “Alien” subject by the Reagan administration.