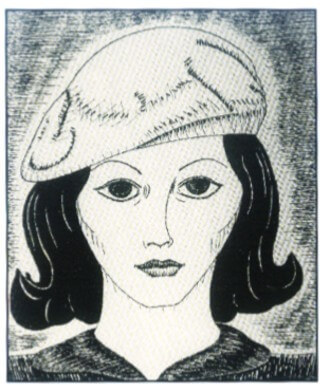 Bethurum was one of the contactees that appeared in the 1950s and captivated the UFO enthusiast community with his tales of interacting with the crew of a flying saucer. Altogether, he claimed to have ridden in saucers 11 times, and was promised a trip to another world, Clarion, by the ship’s captain.

All of this began when Bethurum was 55 and employed as a mechanic in a road construction crew. Like myself, he had a part time job: He worked nights as a fortune teller and spiritual advisor to chumps with too much money.  The first occurred around 3:00 a.m. – a time when a wealth of supernatural activity typically occurs – one August 1952 morning.

Then, in 1953, he began publishing articles in a local newspaper about meeting the crew of a flying saucer. They were from the planet Clarion, a utopian place that, in absolute defiance of everything we know about physics, was invisible to Earth because its orbit always positioned it behind the earth’s moon. Later, he claimed he had misunderstood what the Clarionites had told him: The planet was invisible because it was on the other side of the sun, not the other side of the moon.

Clarion is a beautiful world, totally at peace. It knows neither war nor hunger, and the inhabitants do not have tobacco or liquor. Devout Christians, the Clarionites attended church every Sunday, were about half the size of humans and lived to be 1000 years old.  They also spoke perfect English, though always in rhyme. Bethurum went on to describe the flying saucer he had ridden in: 300 feet in diameter and 18 feet deep, it was made of stainless steel for some reason. The crew did not call it a flying saucer; rather, they called it a “scow,” which for some reason implies to me that it was involved in hauling garbage.

The captain of this scow was a beautiful woman named Aura Rhanes, who had a “slender, Latin-type face “Her smooth skin was a beautiful olive and roses, and her brown-eyed flashing smile seemed to make her complexion even more glowing.  I am sure she wore no makeup, but she certainly needed none.” and was, in human terms, much too good-looking to be giving people like Bethurum a ride. She wore a red skirt, a short-sleeved blouse of black velvet and a beret of black velvet with red trim. So this queen of women was the lady captain!

Bethurum enjoyed quite a bit of popularity after his story came out, giving lectures at conventions, publishing a number of books and appearing on television and radio shows. Like many other contactees, he claimed that his space aliens had told him to start a religious commune, with himself as leader. He named his commune the Sanctuary of Thought, founded near Prescott, Arizona, and to this day, some people adhere to his space-man beliefs. Strangely, he had a bit of trouble with the ladies: His second wife divorced him, an event he claims was spurred by jealousy for Aura Rhanes.

I’m sure that that’s true, but not the way he thought. He also claimed to have seen Aura Rhanes herself sitting in a restaurant in California, drinking a glass of orange juice, but she denied both that she was the captain of a space ship and that she knew Bethurum. I am certain that this also happened, but that the woman’s refusal to talk to this guy was based on, shall we say, purely human considerations. He also hired a secretary solely because, according to him, the woman looked a lot like Aura Rhanes, and I’ve got to believe that may have been the crappiest job of all time. I mean, talk about a boss with expectations that are a little too high.