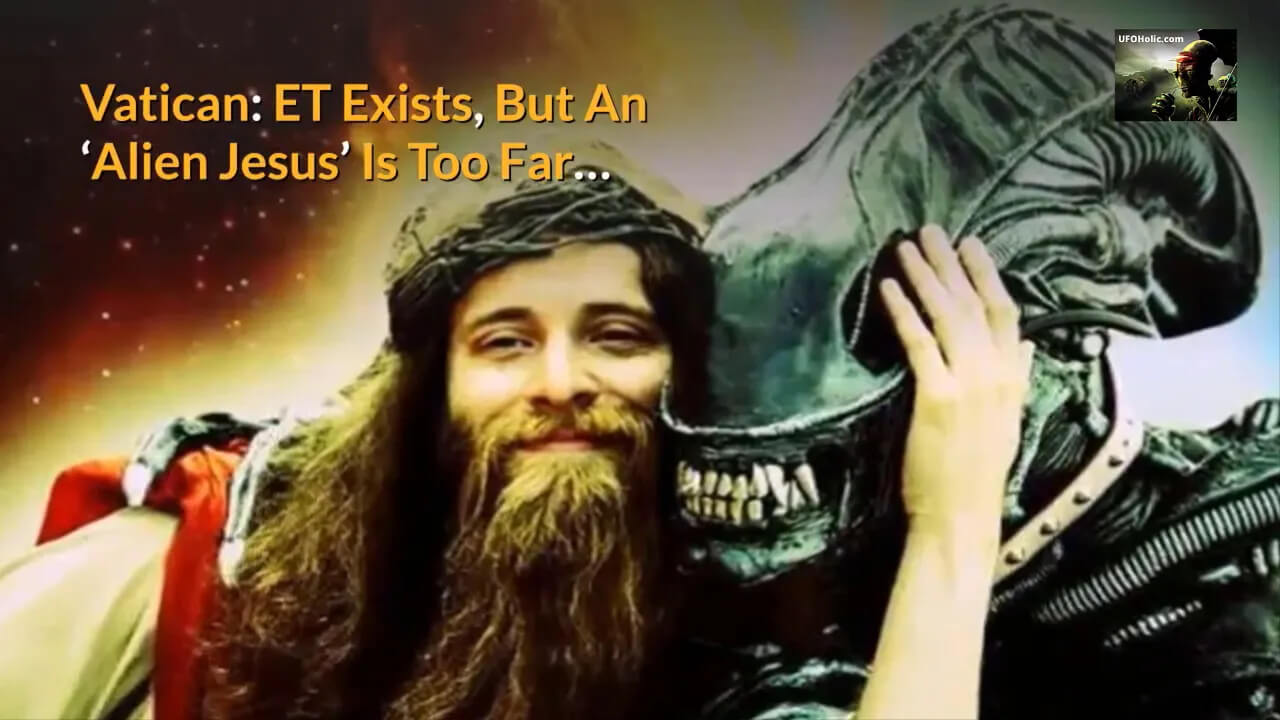 The Catholic Church discloses the possibility of alien existence but at the same time maintains its traditional beliefs. Is this really progress?

Pope Francis has certainly been the most open minded one yet, proving it by publicly talking about things the Vatican wouldn’t dare approach or admit no more than 10 years ago.

First he acknowledged gay rights and then, for the first time in any church’s history, took direct and swift actions against abusive priests. This has gained him a lot of popularity, even though less people believe in God (no matter which one) every year and more and more people believe in evolution or extraterrestrial existence.

This could’ve been one of the reasons for the Vatican’s disclosure about their perception of other world civilizations.
In an official press release, the Catholic Church declared their belief that mankind is not the only intelligent species in the Universe, but the other civilization(s) haven’t had the privilege of being guided by God or receiving Jesus’ help.

This statement was made by Jose Fuentes, a priest representing the Vatican, after the recent discovery of far-away planets that hold life sustainability.

The fact that, in such a small amount of time, the Vatican has not only changed its opinion on space, but also employed many leading astronomers and invested considerable amounts in telescopes and other such equipment, makes us here at UFOholic.com think that the Catholic Church has even more knowledge about space or other species than anyone could’ve ever imagined.

Maybe they just had us looking the other way the whole time by treating evolutionists and UFOlogists like heretics, while they were quietly researching and finding out a hidden and probably very uncomfortable truth.

Jose Fuentes, who is leading the Vatican’s astronomical research, says even though the probability of life elsewhere in the universe is great, the possibility of mankind establishing contact with it is almost nonexistent. He doesn’t think that these civilizations, if existent, were visited by a divine being similar to Jesus or God :

The discovery of intelligent life does not mean that there is another Jesus. The incarnation of the Son of God is a unique event in the history of mankind and the universe.”

Father Fuentes’ public statements have been fueled by the discovery of Kepler 452B, a distant planet very similar to our own, but older. He was fascinated and described the find as very important and beneficial to mankind:  “The new planet Kepler-452b revives the idea of ​​contact and -why not- the possibility of an encounter with an alien civilization; although, personally, I am skeptical that this event of cosmic proportions will happen soon. There is no contradiction between extraterrestrial life and the Christian faith, the search for other life in the universe helps us to understand ourselves.”

The leading Catholic astronomer also made a similar statement, though very short and evasive, in 2008, so the Vatican could be preparing the global population for a major announcement sometime in the near future.

We’ll be anxiously awaiting new such views and takes on astrology by the Vatican, because we believe religion and UFOlogy just don’t fit.