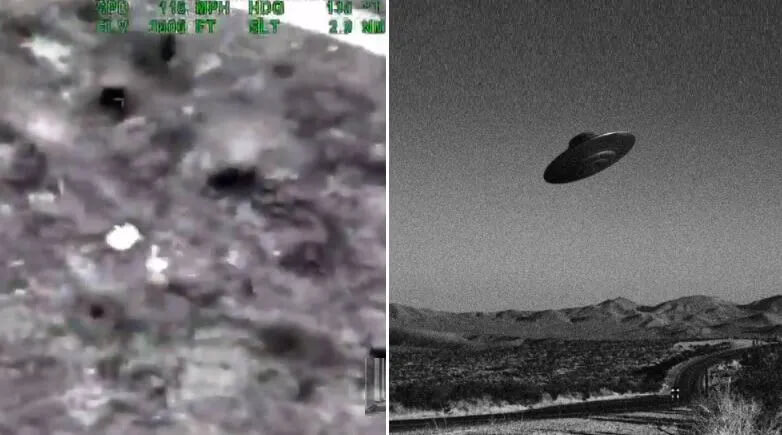 Infinity Explorers
A 40 minutes long astonishing video was published by the Department of Homeland Security (DHS). This video of the UFO was recorded by a DHS aircraft, using the FLIR optical technology in black hot mode. Ironically, this footage was captured by an RC-spy plane that was actually looking for drug smugglers over the region of Tuscon, Arizona. According to the reports of UFO-AC Research Group, the UFO was spotted after the 20th minute of the mission launch and was tracked for 40 minutes, before ending the shoot.

Although the organization that analyzed the video claimed the object as anomalous, further expert evaluation stage is going on by the DHS. They will hence, publish the analysis later.

Now let us discuss the speed and dimensions of the UFO. The speed of the object is said to be about, 144-321 km/h(90-200mph) when flying over the desert region and often changes the direction of flight.

The length of the alien craft is estimated to be about 1.5-1.8 meters, i.e (5 or 6 feet), and appears to have a second smaller appendage that flew along with it. However, it is not clear whether the second ball-like object actually a part of the main craft or just a separated body. Thus, there is no clear indication that anything binds the two parts together.

It has been further observed that although the object does not emit heat, it does at the same time accelerates as well as slows down, throughout its journey during the recorded time of the UFO video.

Like any other moving object, (e.g: a vehicle), the change in speed and direction of movement depends on the geographical terrain, as noticed while tracking. Not only does it change its direction and speed, in accordance with necessity, but it also rotates during the flight.

Our friends at The Black Vault contacted NY UAP DISCUSSION to obtain the original file. And although the application was unsuccessful, it was said that the file would be released at a later date.