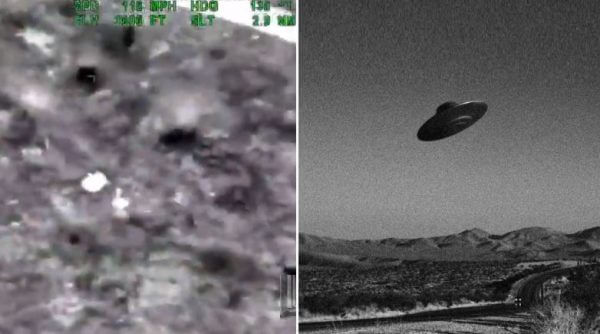 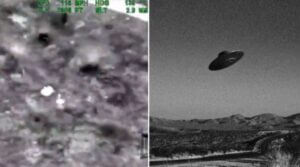 The US Department of Homeland Security (DHS) has published a video of a UFO tracked for more than 40 minutes by a DHS aircraft using the FLIR optical system in black hot mode. This footage was captured by an RC-26 spy plane searching for drug smugglers somewhere over Tuscon, Arizona.

This footage was captured by an RC-26 spy plane searching for drug smugglers somewhere over Tuscon, Arizona. The object was spotted at the 20th minute of the flight and was tracked for 40 minutes until the shooting ended.

The organization that analyzed the video recognized the object as anomalous, but this analysis will be published by DHS later this year since it is still undergoing an expert evaluation stage.

Its length is estimated to be about 1.5 – 1.8 meters (5 or 6 feet), and it appears to have a second smaller appendage that flies with it, but it is not yet clear whether the smaller ball-like object is part of the main one or is separated from it.

UFO resembles a small, low-height pyramid with a sphere on top at times. Might not be possible at all to discern the true shape.

There is also no clear indication that there is anything between the two parts to indicate that they are connected. The object does not emit heat, but at the same time accelerates and slows down throughout the entire shooting time.

The change in speed and direction of movement is indicated by the terrain, which changes while tracking the object, as well as the speed, which can be seen in the upper right part of the FLIR information.

It is also seen that the object rotates during the flight. Birds, balloons, drones, and all other usual explanations were excluded.