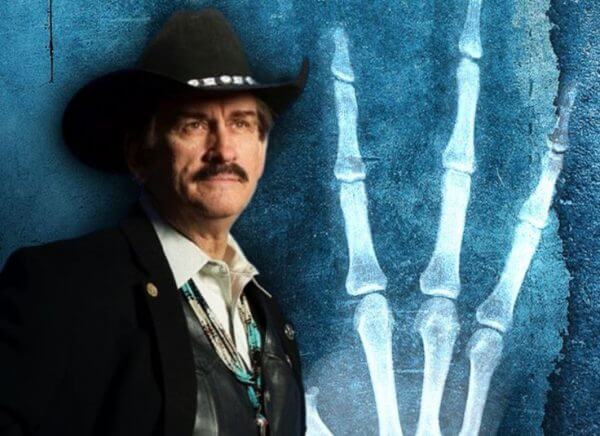 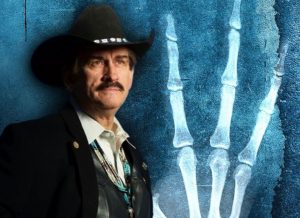 Derrel Sims has over 38 years of field research on alien abduction. The world’s leading expert on alien abduction have collect in nearly 4 decades alien implants and alien fluorescence. The expert believes the alien organization functions similarly to an intelligence agency.

During the investigations he find burn marks and sometimes radiation traces where UFOs has landed. “Sometimes people come back with marks like a dermatological scoop mark or sometimes we find a type of implant,” says Sims.

During an interview with Giorgio Tsoukalos the alien abduction investigator showed some claimed implants that Sims has collected through the years. Than Sims said something very remarkable: “One of the things we’ve found on these abductees is aliens leave like a fingerprint. When you touch them they leave a sub-dermal mark on you like a fingerprint”.

The former agent shows further the alleged alien implants that have been analyzed by different laboratories. From laboratory research showed that the material the implants have meteorite origin.

In the broadcast, which is available on Apple Podcasts, Sims claims he has been hunting, researching, and collecting physical evidence left by alien contact and abduction and helps victims to come to grips with their experiences.

He said: “Whenever I do my UFO investigations, a lot of people are always asking me to do that. And that’s a belief, it’s not what really matters in this business.

“What matters is what you do prove, it’s what you actually can determine based on the available evidence. And we’ve even done 22 surgeries on people latching on alien contact and feel like they’ve been implanted with some type of device.

“And then in some of those surgeries, we’ve actually removed objects that were actually terrestrial in origin.”

Many thousands of people from all over the world claims to have been abducted by aliens. Among them is even a world leader: in 2007, announced the then president of the Russian autonomous republic of Kalmykia Kirsan Ilyumzhinov on TV that he had been aboard an alien ship.

For thousands of years are going stories around about people being abducted by aliens. Often times the abductees back to earth with new knowledge or instructions for humanity.

“We went to a spaceship and I was short of breath. They gave me a spacesuit. One of the aliens pointed in the direction of his chest and said that I could regulate the oxygen supply itself with a knob.

“The ship was huge. One of the rooms was as big as a football field. We landed on one of the planets to pick up equipment. I asked if she wanted to bring me back to earth and they did then too.

“A few days later I walked down the street and I thought: “Why they took me,” I was sorry that I had asked no further questions. But I think it is not yet time for us to meet with these extraterrestrial civilizations,” Kalmykia Kirsan Ilyumzhinov said.

Alien abduction researchers have been personally got into contact with by thousands of people who may have had encounters that abductees have had before they realized they were a part of the phenomenon.

Polls have pointed out that there could be hundreds of thousands a lot more. By all calculates, the phenomenon appears to be widespread throughout the society. Merely a couple of these people are investigated by experts