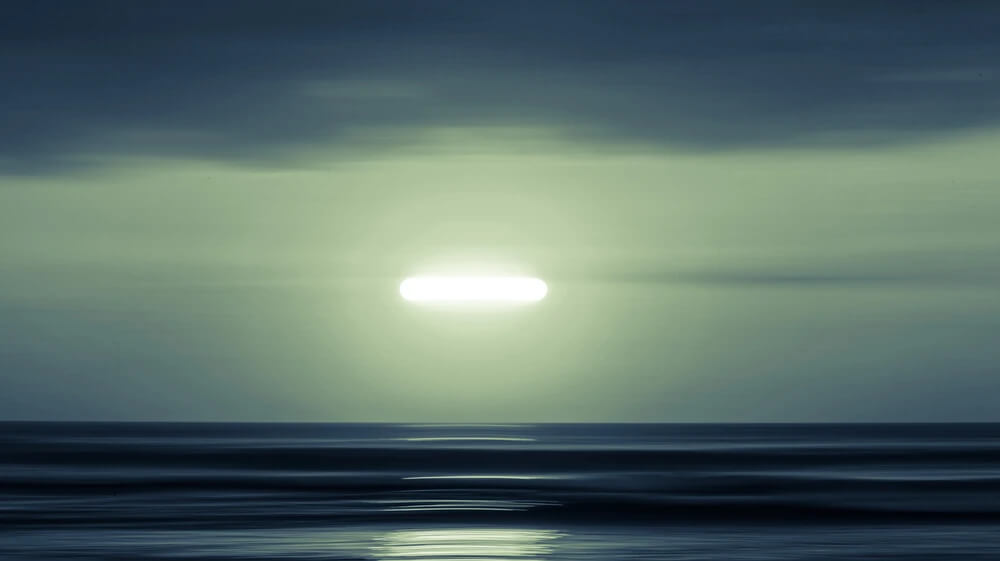 Nav Canada is sitting on 25 years of UFO evidence from pilots and the military.
DO
Because Nav Canada is a private company, it is under no obligation to release information about UFOs to researchers or the public. Photo by Geraint Rowland Photography/Getty Images

A private company holds some of Canada’s most compelling UFO data—and it has no interest in sharing it.

From air traffic control towers to radar installations, Nav Canada directs thousands of flights per day. That makes the company the first line of contact when professional pilots spot UFOs in Canadian airspace, like on the morning of Oct. 21, 2005, when Nav Canada staff “received reports from four aircraft flight crews of a shiny silver object over Toronto.”

Nav Canada is also in direct communication with Canada’s military, quickly informing them of aviators’ sightings, like on the night of April 8, 2019, when it alerted the air force after a WestJet flight approaching Regina “reported a white flashing light moving above” 60,000 feet, which is well below most satellites and beyond the reach of any Canadian fighter jet.

Nav Canada personnel have reported UFOs too, such as early on Dec. 15, 2009, when tower staff in Fort McMurray, Alberta, observed an object northwest of the airport that “appeared too fast to be any commercial aircraft and was one solid bright light.” The witnesses even delayed an Air Canada Jazz flight until “the object was well east of the aircraft’s departure path” where it “disappeared into the sunrise.”

VICE World News asked Nav Canada to comment on cases like these, but was told the company “only releases information pertaining to flights and other related materials, to authorities… for the purpose of investigation of incidents.”

But Canadian authorities seem to have no interest in investigating UFOs like their U.S. counterparts, and as a private company, Nav Canada is also under no obligation to provide records under Canada’s Access to Information Act, which VICE World News has used to unveil documents such as a 2019 UFO intelligence form from the Canadian air force that cites a Nav Canada air traffic control center as its source.

“We’ve often seen these kinds of situations come up where the government privatizes something, and then you’re no longer able to get the records related to that thing,” said Sean Holman, an associate professor of journalism at Alberta’s Mount Royal University and a researcher who focuses on Canada’s freedom of information laws.

“Nav Canada essentially has discretionary power over the release of information about this issue,” the former investigative journalist told VICE World News. “That makes it extraordinarily difficult for anyone seeking a greater understanding of these incidents.”

Nav Canada was formed in 1996 when Canada became the first country to fully privatize its civil air navigation system. Although few have followed its example, the deal netted the Canadian government $1.5 billion and made Nav Canada the owner and operator of infrastructure such as airport towers and radar sites, which previously were run by Transport Canada, the federal transportation department. A private not-for-profit, Nav Canada currently employs more than 4,000 people and had a pre-pandemic revenue of $1.4 billion in fiscal 2019.

As part of its ongoing agreement with the Canadian government, Nav Canada provides most of the data that informs Transport Canada’s flight incident database, which is the source of the UFO cases in this story. Known as the Civil Aviation Daily Occurrence Report System (CADORS), the digital archive contains around 300,000 entries on incidents big and small, like bird strikes and drunk passengers. In an April investigation, VICE World News showed how CADORS is also peppered with more than two decades of UFO reports from Air Canada, WestJet, Porter, and more.

One of the most recent UFO reports in the system comes from early on May 9, when a Delta Air Lines flight from Alaska to Minnesota “inquired as to the identity of the traffic well above them and moving right to left” while over Saskatchewan. According to CADORS, a Nav Canada “controller advised that there was no known traffic in the area” and the “pilot replied that they couldn’t figure out what it was either.”

While Transport Canada requires Nav Canada to provide basic data on incidents for CADORS, Nav Canada’s manual on Canadian aviation regulations and procedures also directs pilots over Canada to immediately alert air traffic controllers of “objects or activities that appear to be hostile, suspicious, unidentified, or engaged in possible illegal smuggling activity.” The company even puts “unidentified flying objects” at the top of a list of examples requiring what’s known as a Communications Instructions for Reporting Vital Intelligence Sightings (CIRVIS) report, a process that appears to have originated with the U.S. military during the Cold War.

When a CIRVIS report is made, Nav Canada typically informs the Royal Canadian Air Force’s 21 Aerospace Control & Warning Squadron in North Bay, Ontario, which has a mandate to identify air traffic approaching Canada as part of NORAD, the joint Canada-U.S. air defense pact. Declassified records and CADORS show Nav Canada staff contacting the squadron on multiple occasions, sometimes in as little as 20 minutes of a pilot’s UFO sighting.

After hearing from Nav Canada, 21 Squadron usually sends its own CIRVIS report to Transport Canada. Offering few details not found in CADORS, these reports can be as simple as a faxed fill-in-the-blanks form, such as the one in a previous VICE World News story about a Jan. 6, 2019 medical flight over Manitoba that “reported that an inexplicable bright light followed them… at the same altitude and speed.”

Despite these notifications, there’s no indication Nav Canada, Transport Canada, or any branch of the Canadian Armed Forces investigates UFOs outside of initial security assessment. That is, as soon as it’s been determined a UFO isn’t something like a Russian fighter jet or a plane full of drugs, Canadian interest seems to officially end.

Transport Canada confirmed this, telling us that “these reports have no potential for regulatory enforcement and often fall outside the department’s mandate.”

“It is important to note that the information in CADORS is preliminary and subject to change,” a spokesperson cautioned. Transport Canada’s memorandum of understanding with Nav Canada, they added, is “re-signed approximately every five years” while processes are subject to continuous review.

VICE World News also reached out to Canada’s Department of National Defense, which said that although the Canadian Armed Forces does not collect data on UFOs, its pilots report “unidentifiable occurrences” to Nav Canada, as per the company’s aviation guidelines. “While we report instances, we do not track reports or collect information about sightings,” a military spokesperson added. “There are no plans to change our reporting process at this time.”

The spokesperson also acknowledged that Canada’s defense department is aware of a recent intelligence report on 143 U.S. military UFO sightings, which have included things that appeared to “maneuver abruptly, or move at considerable speed, without discernible means of propulsion.”

The Pentagon and NASA have even publicized efforts to study the subject, and a growing list of Republicans and Democrats are beginning to speak openly about the national security and flight safety implications of the issue.

Its crickets in Canada by comparison, and unless the country begins investigating pilots’ sightings, a potential trove of corroborating UFO data like radar and audio recordings could forever be kept from the public.

Contrast that with the U.S., where it’s possible to obtain such records by freedom of information request from the Federal Aviation Administration (FAA). A recent investigation by online news outlet the Drive included audio and radar from FAA air traffic controllers and showed how the public agency’s drone report archive occasionally captures unusual objects like the ones found in Canada’s CADORS system.

Transport Canada could also attempt to compel Nav Canada to make more UFO information public, but that seems unlikely from a department that previously told VICE World News “reports of unidentified objects can rarely be followed up on as they are, as the title implies, unidentified.”

“This isn’t an era of conspiracy theories and X-Files anymore,” Holman said. “The public should have a right to know.”

While he doesn’t study UFOs, Holman believes it is a topic of legitimate concern.

“Governments around the world are taking this particular issue quite seriously—far more seriously than they’ve ever taken this issue before,” he said. “We know that this phenomena is actually taking place. What we don’t know is the reason why.”

Nav Canada, which is celebrating its 25th anniversary this year, probably doesn’t have that answer. But it still may be sitting on some of the country’s most compelling and credible UFO evidence.