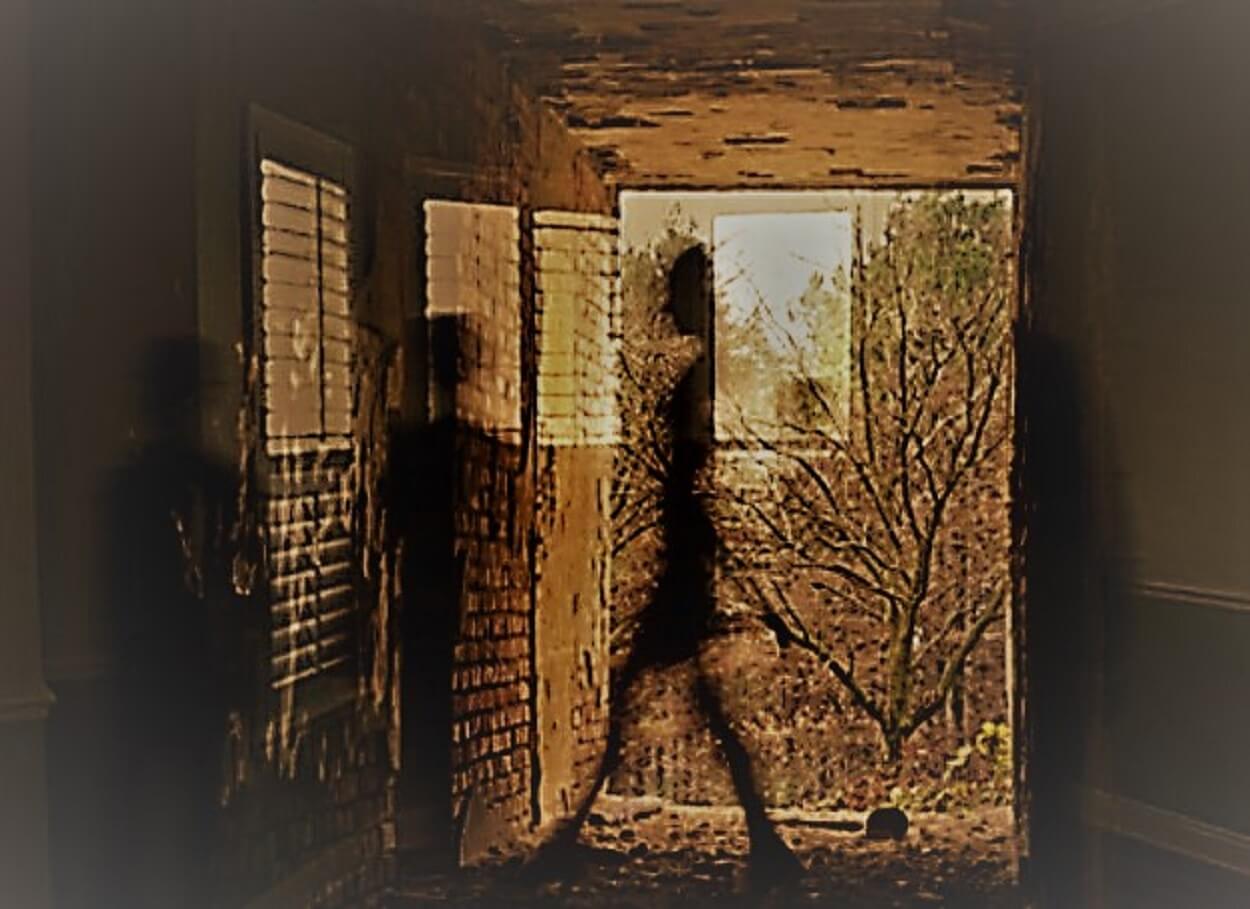 While they have been seen for centuries, at least according to legends and folklore, it would appear that sightings and general awareness of Shadow People are increasing as we surge forward into the twenty-first century. And while these mysterious, black silhouette-type entities are seemingly at home in the paranormal world of ghosts and apparitions, reports of such beings crop up regularly in case of alien abduction. 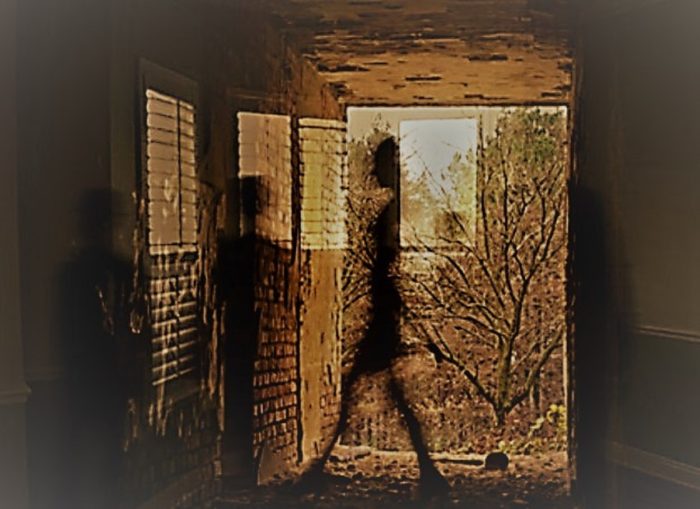 Who or what are Shadow People?

These strange creatures, if we look at the accounts of those who claim to have witnessed them, are never seen head-on. Instead, they are visible for only several seconds, usually at the very limit of your peripheral vision. Perhaps rather chillingly, those who do see them more close-up are usually witnessing these unnerving creatures running directly into them or even jumping upon their chest and “choking” them.

While there are several relatively sound explanations for why people see these strange entities, the overall descriptions given in such accounts are so strikingly similar that “hallucination”, however comforting to many, simply might not be explanatory of the full picture. Whatever these strange shadowy apparitions are, they are most definitely a widespread and feared urban legend of our contemporary era.

Before we move on, the video below examines the Shadow People in brief.

Extraterrestrials In An Altered State?

Many victims of alien abduction, particularly repeat abductees, speak of witnessing strange dark figures out of the corner of their eyes. Indeed, although we should take such videos with a pinch of salt, some have managed to capture these shadowy entities on camera.

Might the Shadow People have some kind of connection to extraterrestrials? Are these sightings “invisible” aliens, for example? After all, even if a person or an entity was rendered “invisible” they would still, one would imagine, have a mass. Might that mass present itself as a shadow to the human eye?

Or, staying with the alien theory for a moment, might the shadow people sightings be of such extraterrestrial entities in some kind of “altered” state? We have examined before the case of Kelly Cahill who specifically mentioned such entities approaching them during an alien abduction by an Australian roadside in 1993.

Most of these alien encounters that cross over into sightings of Shadow People appear to have connections to The Grays. That was certainly the case with Cahill encounter.

What is perhaps also interesting, however, is that many accounts, particularly in recent years, appear to mention “glowing red eyes” as well as encounters lasting longer than the usual several seconds. Given some of the claims of an extraterrestrial connection, many claims from people who claim to have witnessed or come into contact with an apparent reptilian humanoid often claim they too have bright red glowing eyes.

With that last thought in mind, given the reptilians apparent need for blood to maintain their human form, many ancient legends from what is now modern-day Europe speak of shadowy beings who required human blood otherwise “they couldn’t be reborn!” 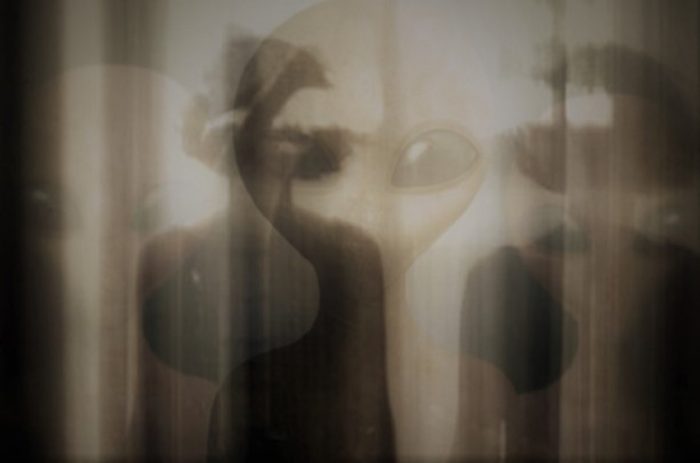 Entities From Other Dimensions

Could it be, then, that these other dimensions, on occasion, drift into ours? Might entities in these “other dimensions” have similar visions of shadow versions of ourselves? It is a preposterous prospect for some. But one that would, at least in theory, begin to make sense of these bizarre sightings.

Taking it a stage further, and while still very much in speculation territory, let’s assume that these alternative dimensions are populated with alternative versions of ourselves. Who, on occasions crash into our dimension and us into theirs. Would this explain such bizarre feelings as De Ja Vu?

Some of the descriptions of these shadow figures having distinctly human form and of “flickering” in and out of focus may indeed sit nicely within such interdimensional theories. Even more so when we look at how quantum physics is beginning to look at how the smallest of particles exist as “vibrations” whose frequency is coming closer and closer. This, interestingly, might answer why there appears to be an increase in, not only Shadow People, but in UFOs, ghosts, and all manner of strange encounters.

In a similar way, as opposed to traveling from another dimension, might these dark shadows be travelers from another time. Might it be possible that time-travel is more akin to astral projection (which we will look at shortly). With the “traveler” remaining in their time, while their “self” traveled across space and time? 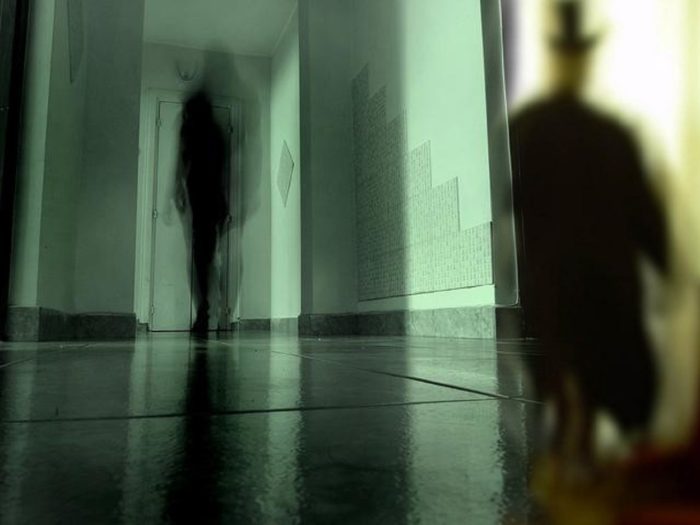 Ghosts, Demons, And Other Paranormal Possibilities!

Of course, many would perhaps automatically imagine ghosts or otherworldly apparitions when considering Shadow People sightings. And it is easy to see why. Especially when we look at some of the folklore and legends that document at least the notion of such sightings throughout history.

Indeed, in most cultures with such legends, dark, shadowy entities often coincide with death and the other side. However, given what we know of ghost phenomena and manifestations, almost all images captured on camera have a “white, misty” appearance to them. And while this sounds bizarre, most often bears a distinct likeness to the once living person.

Further still, many witnesses who experienced these Shadow People up close claim they have a distinct feeling that the presence was “not human”. Nor had it ever been. What’s more, and particularly strange, a feeling of intense fear or depression can often permeate those who see these strange entities.

So, if Shadow People aren’t “ghosts” – at least as we might collectively understand them – what else, from a paranormal perspective might they be?

Perhaps we should return for a moment to the many claims from witnesses of “glowing red eyes”. This, for want of a better and widely understood phrase, might suggest a “demonic entity”. Indeed, historic legends and folklore are littered with such malevolent entities. As are many ancient religious texts, which while not historically accurate, like many folklore legends, often contain snippets of truth.

Another possibility, at least according to author and researcher, Jerry Gross, is that Shadow People are the “essence” of a person who is astral projecting. This is another interesting theory. And perhaps, taking the speculation a stage further, this “essence” is another way to look at “the soul”.

One explanation put forward for sightings of Shadow People is hypnagogia, or “waking sleep”. This is essentially where a person is aware of the reality of their surroundings, but also still caught in a dream or sleep-like state. This can result in perceived paralysis and visual hallucinations of “lights or shadows”.

For example, some people will report, in those few seconds between sleep and becoming fully awake, hearing voices like the “sound of a distant conversation or a television in another room”. Those voices fade so quickly most don’t even register them. However, some researchers suggest, as speculative as it is, that these sounds are our subconscious minds listening to voices from another realm. Whether of spirits of people from “the other side” or even from entities from an entirely different dimension.

As truly bizarre and outlandish as that notion might sound, let’s accept at least the possibility for a moment. Might it be the same with sightings of the Shadow People? There is no doubt that waking-sleep very much exists. And could very well account for many such sightings and possibly even alien abductions. Some cases, however, simply have too many other factors for this explanation to hold true. As scientifically sound as it is.

Might it be, then, that rather than such conditions as hypnagogia being the cause and explanation to such bizarre occurrences, certainly from the alien abduction angle that, in certain cases, such conditions are induced, either purposely or as a byproduct of some other conscious controlling procedure?

If we return to the hallucination aspect for a moment, there are several other apparent causes for such hallucinations. And what’s more, two of them are regularly linked to the mind control programs of the intelligence agencies.

There is documentation, for example, that the US intelligence agencies at the very least experimented with various such programs. Including the use of LSD for mind control purposes. We also know, if we accept the claims, that they would, through employed prostitutes, administer such drugs to their targets. So causing purposeful hallucinations which they could control, to a degree.

While speculation, might the apparent increase in Shadow People sightings be the result of some kind of secret government experiment? And what would the purpose of that experiment be? Or might participants have simply been guinea pigs? Involuntary participants in secret trials before such mental weaponry is unleashed on an unsuspecting population?

When we look at another potential cause of such hallucinations it does nothing, however, to quash such assertions. Speculative or otherwise.

We have written on several occasions of such claims of low-frequency-programing. And the use of electromagnetic technology to “control” masses of the population. And again, while these claims are exactly that, they if nothing else are both persistent and consistent.

Electromagnetic waves or energy fields can affect the temporal lobe. This can then create hallucinations, both visual and auditory. What’s more, these can be successfully induced. Further still, intelligence conspiracies aside and with further research, help explain why some areas have more paranormal incidents than others.

The notion that military intelligence, if it had the capability, would almost certainly weaponize such “mind-weapon”, should not be lost on us. However speculative that notion is.

The Start, And Key, To Mind-Altering Understanding?

In the 2013 film, Shadow People, the notion that only when people “believe” in these strange entities do they have any power over you. While the movie, despite its portrayal as a true story, is complete fiction, that premise is an interesting one.

Before we explore this further, you can check out a trailer from the film below.

You can see the trailer to that film below.

Might it be not a “power” or “gift” that’s given to such victims of alien abduction, for example? Maybe these sudden abilities are a direct consequence of a literally mind-altering experience? Such apparent wisdom as “once the mind has been stretched it can’t go back to the way it was” might perhaps have much more direct truth than we think.

Perhaps we should recall the words of Tesla of “frequency, energy, and, vibration” and the secrets to the Universe. Are they proving true with the aforementioned quantum research into interdimensional entities? And the apparent, in theory, meeting of their vibrational frequencies.

Might it be that such bizarre, to most, concepts as the Shadow People will prove crucial in understanding concepts? Ones much further reaching than the physical world in which we all live and call reality? Indeed, unlocking such understanding might force us to reevaluate what “reality” actually is.

Check out the video below. It looks at the myths, legends, accounts, and theories of the Shadow People a little further.