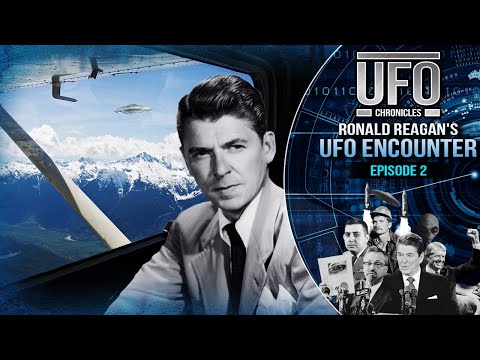 UAMN TV
Episode 2 – Richard describes Ronald Reagan’s UFO sighting whilst traveling on a Cessna Citation aircraft. There were four persons on-board the plane: pilot Bill Paynter, two security guards, and the governor of California, Ronald Reagan who later became the president of the United States. Richard also describes a possible second incident involving Reagan and his wife and a UFO whilst driving to a social gathering. In later years Reagan went on to make a number of interesting statements about extraterrestrials.