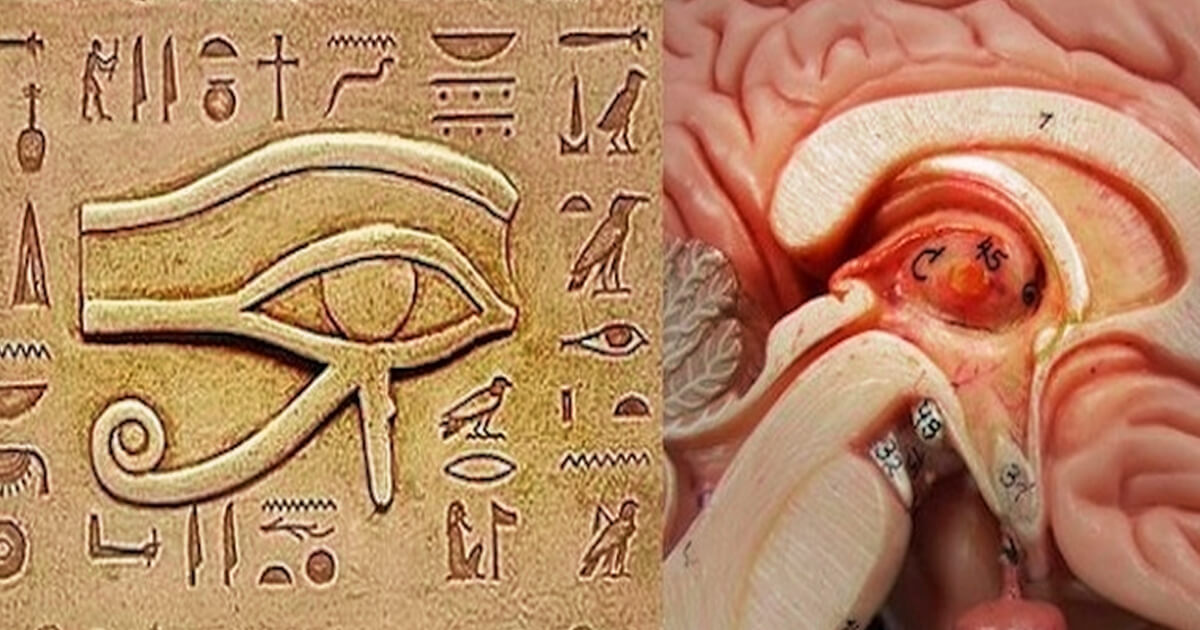 #SeekingTheTruth JoshWho News
Ancient cultures knew about the Pineal Gland and its importance thousands of years ago. Today, most people know very little about the Pineal Gland and why ancient cultures believed it was so important. The Illuminati is determined to keep us in the dark about the powerful portal that lies deep within the central part of our brains. There is only one major conspiracy at play in the world today. The Illuminati – a cabal of interconnected global elites – and their plan to control humanity and usher in a totalitarian New World Order. Employing a cunning ruse straight out of the devil’s playbook, the Illuminati employ their propaganda organs to convince the world they do not exist, while they continue tightening the noose around humanity’s neck. Thousands of years ago, cultures like the ancient Egyptians and Greeks knew that the pineal gland was of great importance to humans. But the elite cabal have suppressed this knowledge, determined to convince humanity that they are nothing more than soulless consuming machines, slaves to the disappearing dollars, and of weak flesh. But the existence of the Pineal Gland, aka the third eye, terrifies the Illuminati. Modern science tells us that it is a small cone-shaped part in our brain that is responsible for producing serotonin derivative melatonin which directly deals with our hormones which in turn modulate sleep, wake patterns, and our seasonal functions. But it is also much, much more. Today, little information is shared about the Pineal Gland which according to many researchers can help humanity achieve its full potential, and defeat our tyrannical overlords. It is considered by many as a portal that connects the physical and spiritual world in humans. When activated, the Pineal Gland offers a sensation of euphoria, and oneness that fills the mind, providing a sense of knowledge and enlightenment. Interestingly, remote viewing has been researched by the government. In fact, Stanford scientists observed a “man travel outside his body and into space”. He was able to accurately view and describe a ring around Jupiter, a ring that scientists had no idea even existed until the Pioneer 10 spacecraft flew past Jupiter years later. All of this was said to be achieved via the Pineal Gland. However, not only were Stanford scientists and the US government working on projects related to the Pineal Gland, the former Soviet Union was very interested in the portal buried in our brain, and numerous shadow organizations have also been quietly studying the power of the Pineal Gland for decades. But the information, results and potential benefits related to the Pineal Gland have largely been locked away from humanity by the elites. Interestingly, the ancients knew about the power of the pineal gland, and through a number of ancient methods and practices –which have been lost for centuries— ancient man was able to control thoughts and actions of other people in the physical world. Why are we not able to use the full potential of the Pineal Gland today? An interesting question that deserves a rather simple answer. It is believed that the full potential of the pineal gland is locked due to the amount of SODIUM FLOURIDE people ingest each day. The Pineal Gland is believed to absorb most of the sodium fluoride that enters our body. It is believed that this causes the Pineal Gland to work with less ‘juice’ creating an unbalance between hormonal processes in our body. Interestingly further study related to the Pineal Gland takes us to Rick Strassman, M. D. who firmly believes DMT is highly connected to the pineal gland.