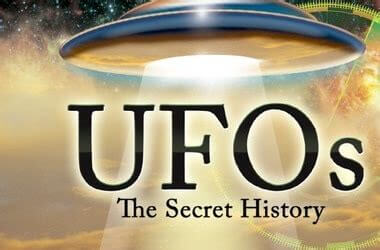 Jim lives in Southern California. He and his wife, Martha, have two grown children. Jim practiced law for forty years. His specialties were municipal law, election law, constitutional law and appellate litigation. Since an early age, he has had contact with Extraterrestrials (mostly Greys) and finally began publicly talking about it in 2014. He has lectured on the civil rights issues of Experiencers in recent years.

Jim has lectured and practiced Civil Rights law, both representing and defending civil rights cases. He taught leadership training for the Mexican-American Legal Defense & Education Fund in the 1990s to assist minorities that sought to advocate for their communities in California’s San Joaquin Valley. He served as a volunteer election observer for the presidential campaigns of John Kerry (New Mexico), Barack Obama (New Mexico), and Hillary Clinton (Nevada) to help assure access to the ballot for all.

Link to James Lough Interview About UFOs and Civil Rights of Americans https://www.youtube.com/watch?v=Rl13jzUBDuU&t=117s

Over the last 70 plus years, Flying Saucers (UFOs) have been a taboo subject.  Most people are afraid to bring up the topic for fear of ridicule.  Potential loss of community standing, or just embarrassment, are side effects of ridicule.  A topic that is subject to official ridicule will keep it on the fringes of society.  Ridicule skews the debate about any proposition, including the possibility that extraterrestrial life is visiting Earth.

To explain how this “debunking” policy gained a foothold, one only needs to look at recently declassified Central Intelligence Agency (“CIA”) documents.  These records show what tactics were employed to reduce highly credible information from reaching the public.  The Air Force and CIA worked closely to focus on the people who witness UFOs, not the UFO phenomenon itself.

At one time, the phenomenon was gaining serious attention.  In fact, the subject matter was poised to become a topic of open and honest public policy debate.  That time was 1952.  In that year, Flying Saucer reports reached an all-time high.  It has been estimated that, during a six-month period in 1952, there were approximately 16,000 newspaper articles about the subject in the United States.  Life Magazine, New York Times, Washington Post and other media outlets were asking serious questions about the phenomenon.  The sighting reports came from every corner of the country.  Military facilities and government buildings seem to have been targeted.  For example, over two weekends in July 1952, there were multiple visual sightings, some confirmed by radar, over the White House and other restricted airspace in Washington D.C.  The Pentagon held its largest post-World War II press conference trying to tamp down public concern.

After the 1952 Flying Saucer Wave, the government began to regain the narrative.  Sightings dropped; news reports became less frequent: and, through a variety of tactics, the people were discouraged from speaking publicly about the phenomenon.  Reviewing declassified documents, most made public since 2001, a pattern emerges of coordinated efforts to explain away sightings and denigrate those persons who reported the phenomenon.  Security clearances were put in jeopardy through official inquiries about personal interest in the phenomenon.  Secrecy oaths were routinely required of government personnel who witnessed seemly unexplainable events.  Personal property that constituted strong evidence of the reality of the phenomenon was destroyed.  Commercial pilots were officially discouraged from speaking publicly about their UFO sightings.  Government agents attended Flying Saucer meetings and reported back to their superiors, including FBI Director J. Edgar Hoover.

Over time, these clandestine steps began to pay dividends.  Commercial pilots and government personnel stopped giving interviews about sightings.  Major media outlets stopped covering sighting reports or only did so in a “tongue in cheek” manner.  People who had no previous interest until they photographed a UFO learned that reporting a sighting to the Air Force subjected them to official ridicule and theft of their photos.   There are many examples of people who felt it was their patriotic duty to report a sighting.  When they did, they had their reputations attacked by the government.  From the government’s perspective, there were only three categories of sightings (hoaxes, misidentifications, or delusions).  The better the report, the more likely the sighting would be considered a hoax.  For these people, whose reputations suffered, there was no recourse.  No ability to clear their name or contest an official government determination that they were either a liar or delusional.  People eventually learned that it was better to keep quiet than risk the consequences.  This was the government’s goal, to stop reports and news coverage of UFOs.

Our government played a critical role in changing the way we treat others who discuss this taboo subject.  Official government records chronicle the federal government’s role in marginalizing the phenomenon.  Recently, there have been sporadic efforts by some current and former Defense Department and intelligence community officials to begin a period of “glasnost” (openness) about the subject.  While there have been some recent changes in attitudes, the 1953 policy of ridicule and “debunking” is still the official policy of the United States government with information withheld from the public in order to protect “national security”.

This website will discuss how this happened and what we do today to allow people to come forward and discuss their extraordinary experiences without fear of retribution. The recent videos have gone through a tortured path. First, they were denied by the Navy. Next, after the New York Times got involved, admitted they were real. The Navy still refused access to official copies to researchers. In early 2020, the Navy reversed course and allowed access but only to the videos already in circulation. They still denied access to other similar information. All the while, the Air Force refuses to admit the existence of any similar video footage. Are we to believe that these three videos are the only ones? Do UFOs only fly over water? Are we to believe that, after 70 plus years, no other evidence is available? This website will look into these questions and others related to the UFO phenomenon and the motives of their occupants.

I found this article and wanted to share with all of you. It’s very informative and very insightful, I suggest you check his other articles.