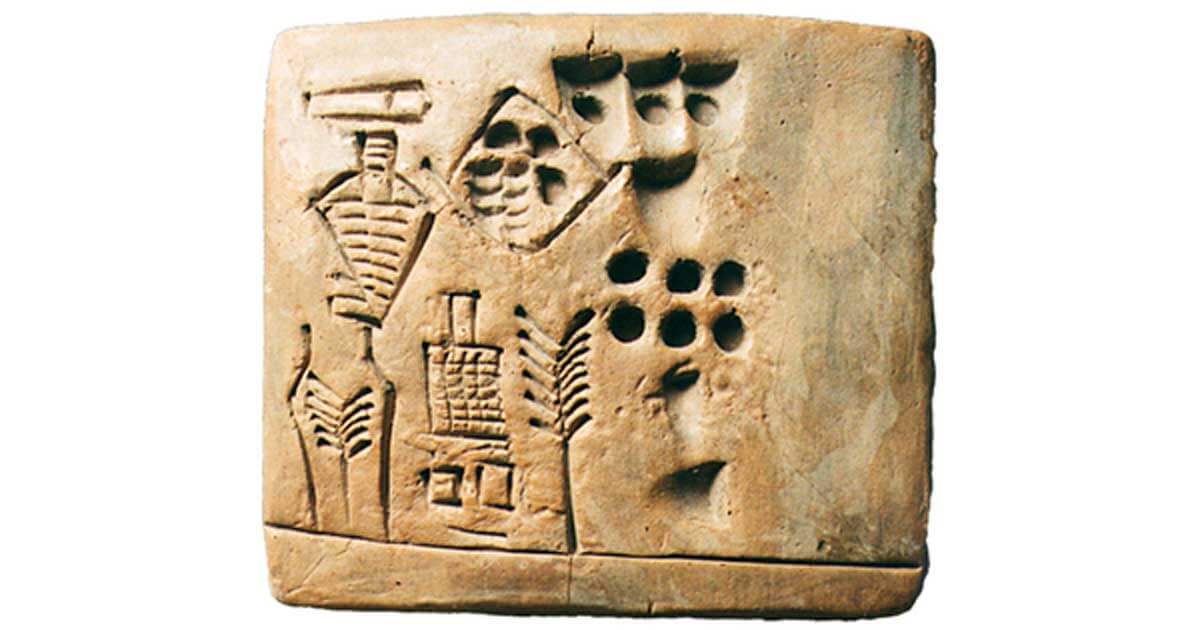 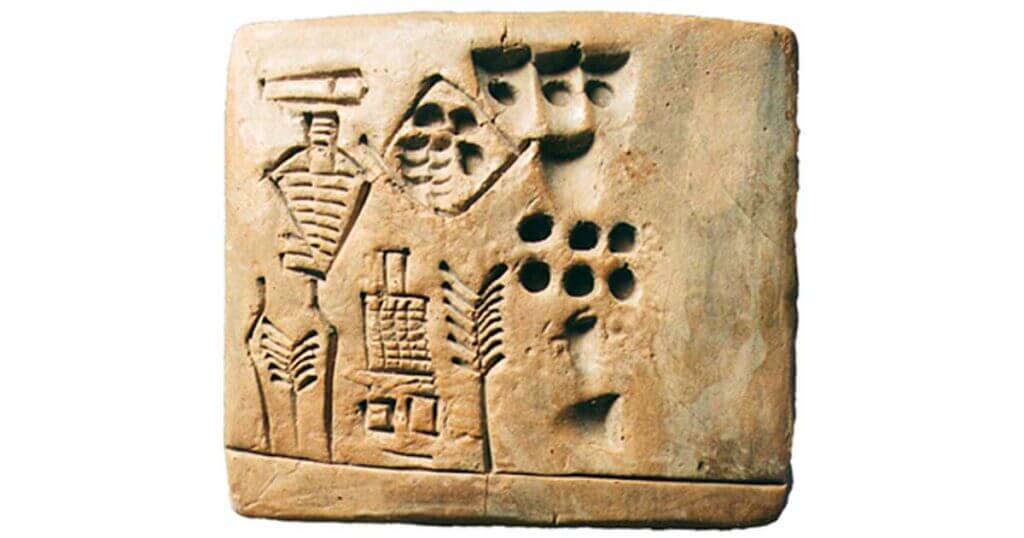 The oldest named person that we know belongs to an individual from Sumer, one of the earliest urban civilizations in southern Mesopotamia, in present day Iraq. A person’s name is an integral part of his or her identity, and the absence of this aspect of life is something that is hard to imagine. Whilst it is possible that human names had existed since prehistoric times, its preservation has not always been as easy as it is today. In much of the world today, one’s name may be preserved for posterity without much difficulty, be it through government records or through individual endeavor. In the past, however, this was not so easy a task as one might imagine, due to several factors, such as literacy (or lack thereof), and the materials on which an individual’s name could be written. 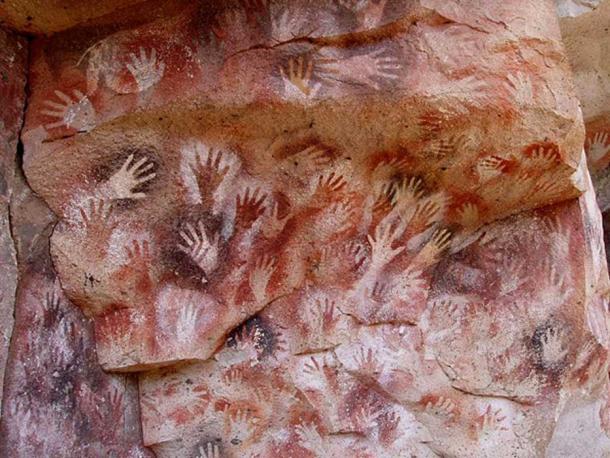 Hands at the Cuevas de las Manos upon Río Pinturas,(circa 7300 BC) near the town of Perito Moreno in Santa Cruz Province, Argentina. ( CC BY-SA 3.0 )

A name may be regarded to be a symbol of a person’s identity. It is likely that human names have existed long before the advent of writing. Without a script for writing, however, this aspect of an individual could not be written down for future generations. Yet, it seems that people sought to leave their personal marks in history. This may be seen in the hand paintings that have been left in caves all over the world by prehistoric people. It was only much later on that an individual’s name would be preserved for future generations. 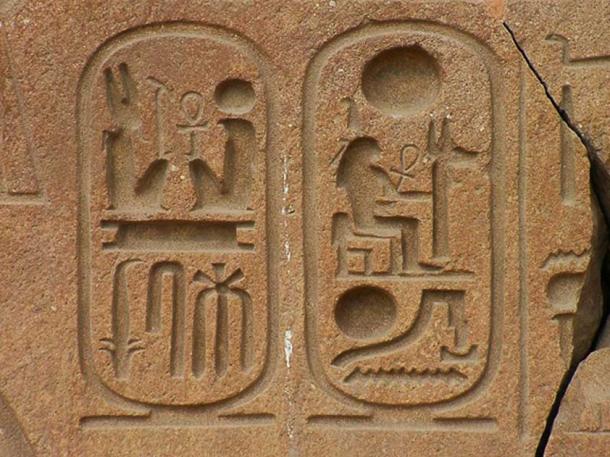 Ramses II’s cartouches at Tanis (A cartouche indicates that the Egyptian hieroglyphs enclosed are a royal name.  ( CC BY-SA 3.0 )

Is it a God? A King or Queen? A Holy person?

The archaeological record of early societies is often biased towards the lifestyle of the elites. Royal palaces or sumptuous burials often receive the most attention in the world of archaeological discoveries. It may, perhaps be expected that the oldest named person that we know of would be a king or some other important person in a society. This however, is not the case, as the earliest human name that we know of belongs to… an accountant. Whilst accountants played an important role even in ancient civilizations, they were by no means on the very top of their societies’ hierarchy.

The name of this accountant is Kushim, who is believed to have lived in Sumer around the second half of the 4 th millennium BC. The name ‘Kushim’ appears on a clay tablet now known as the ‘Kushim Tablet’, which has an inscription detailing a trade transaction. One translation of this inscription is as follows, “29,086 measures barley 37 months Kushim”, which has been interpreted to mean “A total of 29,086 measures of barley were received over the course of 37 months. Signed, Kushim”. One suggestion is that Kushim was a job title. Whilst the syllables ‘Ku’ and ‘Shim’ have meaning on their own, they become meaningless when used together. Therefore, it has been speculated alternatively that this was indeed the name of an individual.

It may be pointed out that Kushim is not the only early human name that we have. In another clay tablet, the name of Gal-San can be found. Based on the inscription, Gal-San was a slave owner, and two of his slaves, Enpap-X and Sukkalgir are also named in the same inscription. Some scholars have argued that Gal-San, rather than Kushim, ought to be the oldest known human name. Yet another early name that we know of is that of Turgunu Sanga, who may have been an accountant for the Turgunu family. 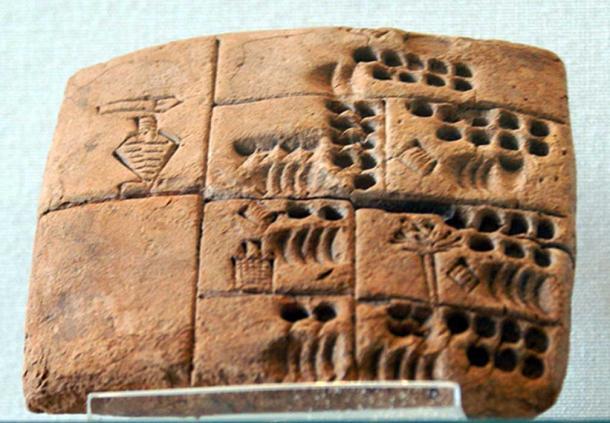 From these for names, it can be observed that the earliest known names did not belong to those occupying the top tiers of a society’s hierarchy, but to those belonging in the lower ranks. One inference that may be made from this is that writing started off with a utilitarian purpose in mind, i.e. as a means for people to keep a record of what they owned or owed, rather than as a tool for the great and powerful to proclaim their deeds. In fact, it was only about a generation after Kushim that the names of kings began to appear in the written records.

Top image: A photo of the Kushim Tablet. Photo source: The Schoyen Collection © The Schøyen Collection, Oslo and London