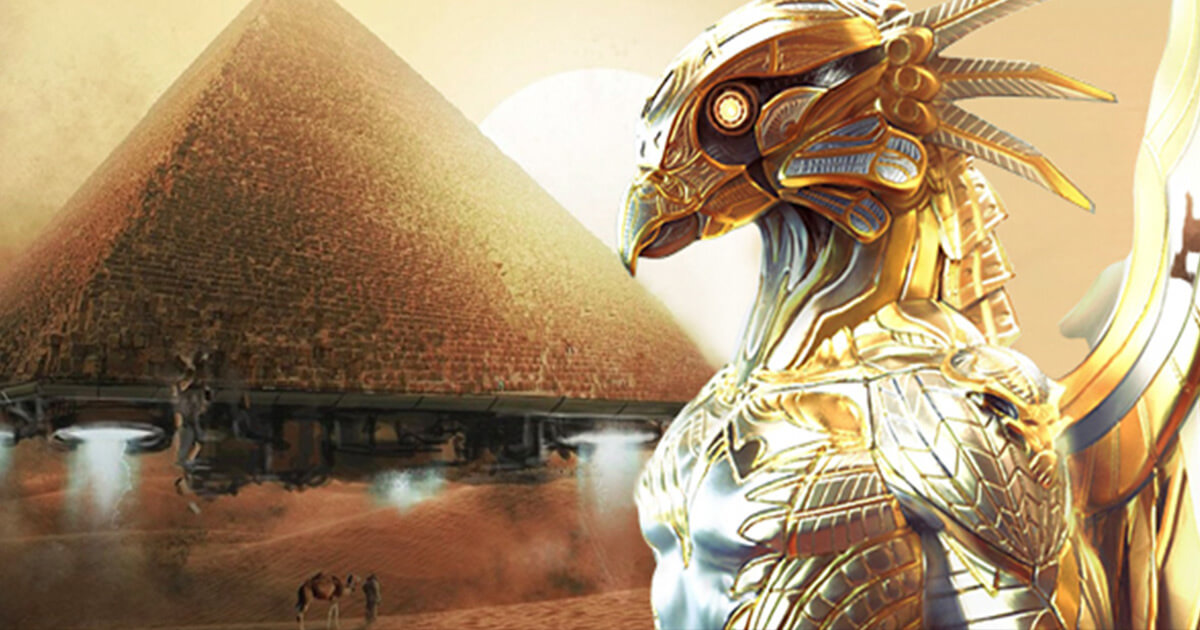 It is a known fact that the many different iterations of Gods and other such deities that have existed in the past and will continue to exist in the present and future all seem to be tied to space. Regardless of which religion you’re talking about and whatnot, it’s pretty clear that these are not mythical beings but extraterrestrial actually. Take for example the ancient Egyptian God known as RA. He is said to have been one of the most powerful deities in the Egyptian mythos, and according to newfound information it appears as though he didn’t originate from Egypt in the first place, but that he was actually a survivor king from Atlantis.

RA is commonly referred to as the creator of all the other gods in the Egyptian mythos, the one that gave birth to every other God out there, including Shut and Tefnut, and so on and so forth. At the end of the mythos relating to him, it is said that he left Earth because people stopped believing in him and his influence. He came back to his Mantz ship which he docked into the Mashkhet ship and took it to hell.

He looked over all of humanity from hell and he is said to have offered his guidance to the remaining humans that still believed in him.