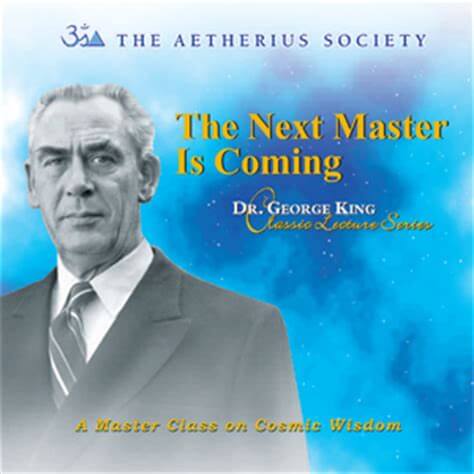 THE LORD’S DECLARATION foretelling of The Next Master to come to earth was given to Dr. George King November 23rd, 1958 on Brown Willy, Cornwall, England during a phase of Operation Starlight (see aetherius.org regarding Operation Starlight). This video contains an audio extract of a lecture by Dr. George King describing the main points regarding this stupendous happening that will take place at some time in the future. As explained by Dr. George King no one knows when The Next Master will come. It is up to all of us to prepare for this coming; hence the information in this lecture is of vital importance to all people.

THE LORD’S DECLARATION as shown below was first published by The Aetherius Society in Cosmic Voice No. 19, March-April 1959.

“There will shortly come Another among you. He will stand tall among men with a Shining Countenance. This One will be attired in a single garment of the type now known to you. His shoes will be soft topped, yet not made of the skin of animals.

“He will approach the Earth leaders. They will ask of Him, His credentials. He will produce these. His magic will be greater than any upon the Earth—greater than the combined materialistic might of all the armies. And they who heed not His words, shall be removed from the Earth.

“This Rock is now Holy—and will remain so for as long as the World exists.

“Go ye forth and spread My Word throughout the World, so that all men of pure heart may prepare for His Coming.”