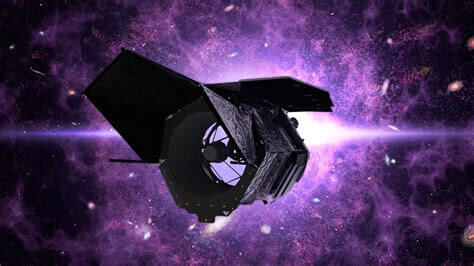 NASA recently announced that its next-generation space telescope, formerly called the Wide Field Infrared Survey Telescope (WFIRST), has been named in honor of Dr. Nancy Grace Roman. As NASA’s first Chief Astronomer, Dr. Roman paved the way for space telescopes focused on the broader universe. She is credited with making the Hubble Space Telescope a reality, leading to her nickname as the “mother of Hubble.”

When it launches in the mid-2020s, NASA’s Nancy Grace Roman Space Telescope will create enormous space panoramas of unprecedented detail. The mission’s wide field of view will enable scientists to conduct sweeping cosmic surveys, yielding a wealth of information about celestial realms from our solar system to the edge of the observable universe.

Roman will survey the sky in infrared light, which is invisible to human eyes. It will have the same resolution in near-infrared wavelengths as NASA’s Hubble Space Telescope, but will capture a field of view about 100 times larger.

Roman’s surveys will deliver new insights into the history and structure of the universe, including the mysterious “dark energy” that is making space itself expand faster and faster. This powerful new observatory will also build on the broad foundation of work begun with Hubble and other observatories on planets outside our solar system. It will discover thousands of exoplanets using its wide-field camera and study the atmospheres of giant gaseous planets orbiting other stars with a sophisticated technology demonstration chronograph.