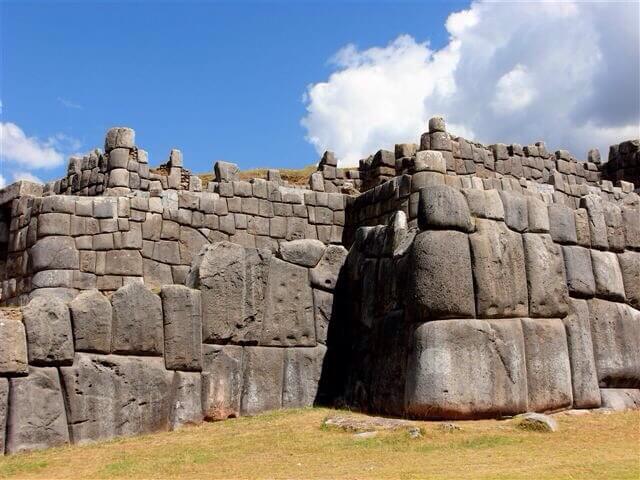 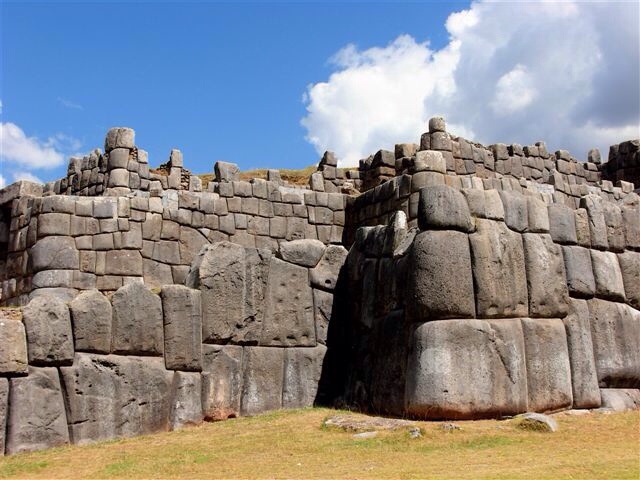 Sacsayhuamán (also known as Sacsahuaman) is a walled complex near the old city of Cusco, at an altitude of 3,701 m. or 12,000 feet. The site is part of the City of Cuzco, which was added to the UNESCO World Heritage List in 1983. 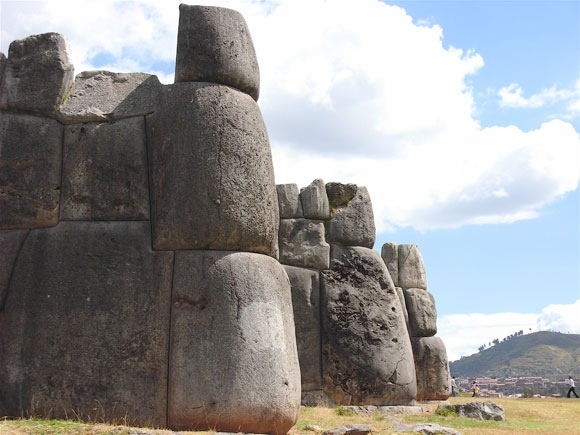 Outside the old Inca capital of Cusco, a fortress called Sacsayhuamán rests in the Peruvian Andes. Built from enormous stones that have been chiseled and stacked together like a jigsaw puzzle, some say Sacsayhuamán could be the work of an ancient civilization that had a little help from interstellar friends.

The 1,000-year-old interlocking fortress walls are made of rocks that weigh as much as 360 tons each, and which were carried more than 20 miles before being lifted and fit into place with laser-like precision.

How an ancient culture accomplished such a feat of engineering is a fun little problem to solve; turns out the Inca were as adept at building houses and fortified complexes as they were at watching the sky and keeping calendars. In fact, Sacsayhuamán isn’t the only example of this intricate masonry: Similar walls exist throughout the Inca Empire, including one in Cusco where a 12-angled stone has been carefully wedged into place.

More recently, archaeologists have uncovered traces of the rope-and-lever system the Inca used to transport stones from their quarries to their cities—a system that relied on strength and ingenuity, rather than alien architects.

They are three parallel walls built in different levels with lime-stones of enormous sizes. Zigzagging walls are made of boulders used for the first or lower levels are the biggest; there is one that is 8.5 m high (28 ft.) and weights about 140 metric tons. Those boulders classify the walls as being of cyclopean or megalithic architecture.

There are no other walls like these. They are different from Stonehenge, different from the Pyramids of the Egyptians and the Maya, different from any of the other ancient monolithic stone-works. Scientists are not certain how these huge stones were transported and processed to fit so perfectly that no blade of grass or steel can slide between them. There is no mortar. The stones often join in complex and irregular surfaces that would appear to be a nightmare for the stonemason.